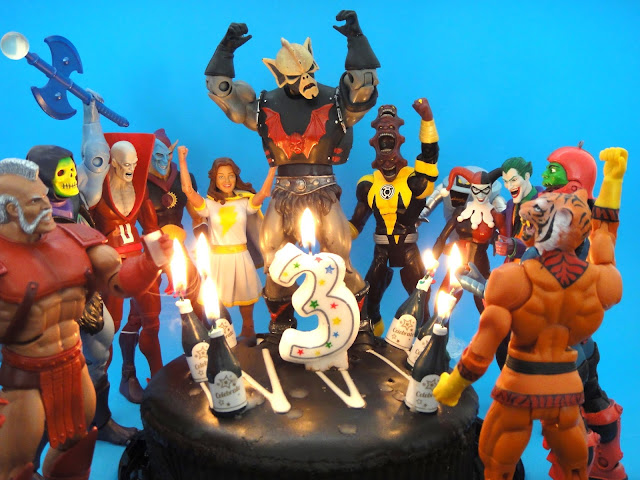 Monday July 6th 2015 is the third anniversary of the shenanigans that have become known as "Hoard World", so, as per usual, I take this magical moment in time to cast my weary eye-stalks back over the last 12 months. Let's see if we can't learn a thing or two, eh?

Incidentally, as you can no doubt tell by the assorted 3rd Birthday pics that accompany this retrospective blog entry, we had a great time. With Giant Cake. And over-sized celebratory candles. Thanks for asking. 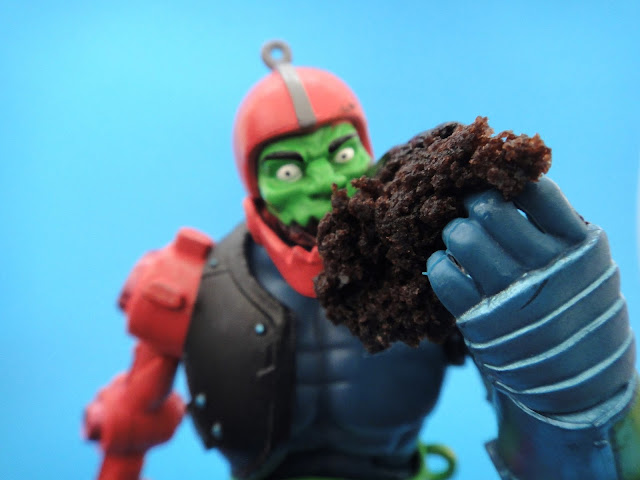 Phase 3 of Hoard World began with, IMHO*, a fairly strong entry that gazed into the navel of selling off stuff you have decided to discard from your collection: What Has Hong Kong Phooey Done For Me Lately?

I took a terrifying look at a portion of my overzealous collection and how it is (insanely and pretty poorly) displayed and discussed the method of "How To Kenny Rogers" your stuff so you can make firm decisions on what to send off to that Michael eBay in the sky. I hope it helped some of you in some way. It was certainly cathartic to write. 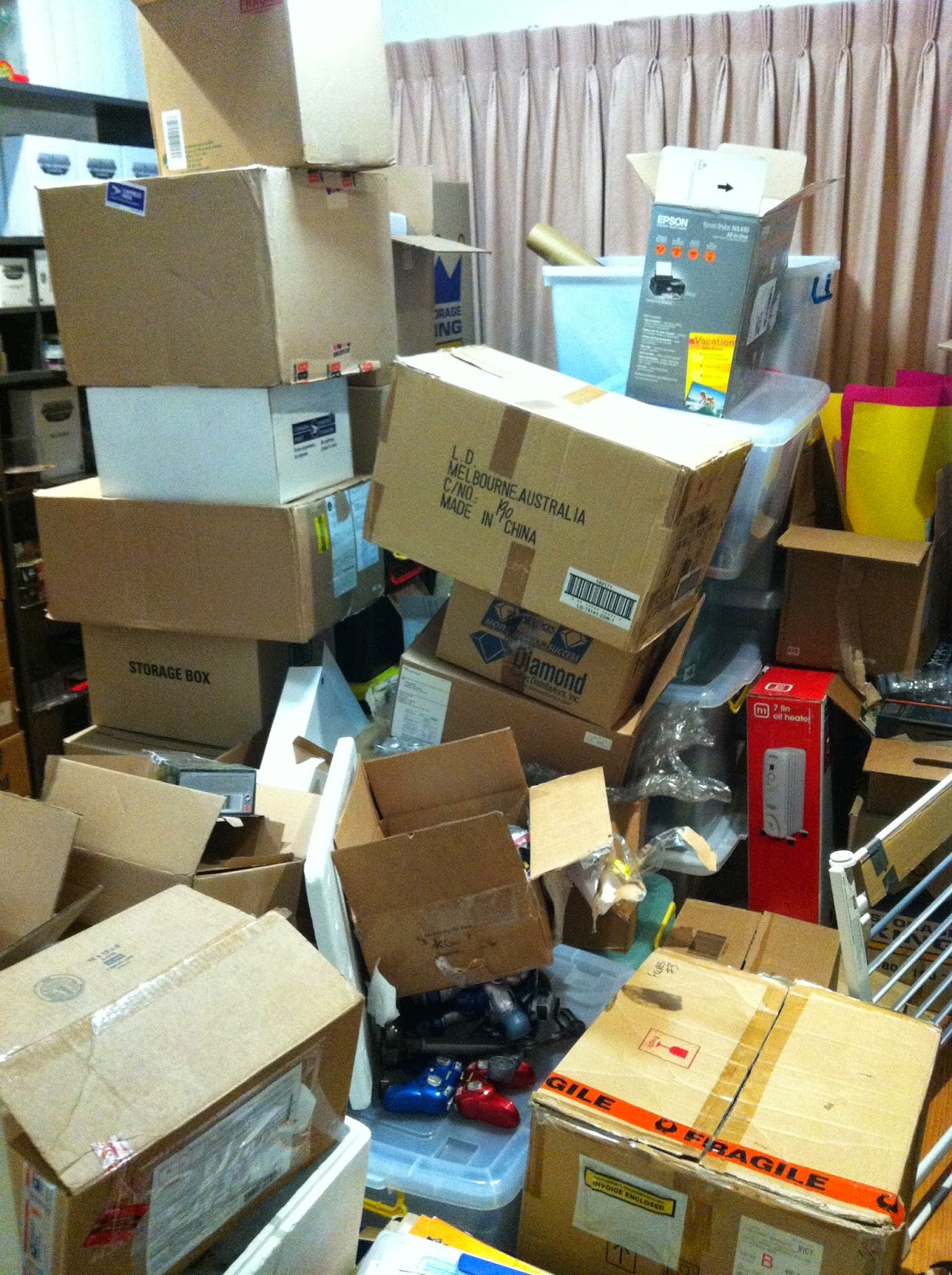 As an update, the only items from that post that still exist in my eBay cupboard is these two guys. 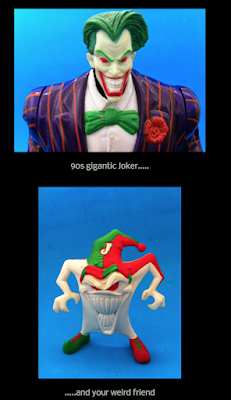 Feel free to liberate them whenever you like. No pressure.

I followed that up with the aptly titled 10 Things I will Probably Never Own (And I'm Fine With That). It should be noted that I did, however, end up picking up the 3.75" Marvel Universe Death's Head figure from this. I'm not a stupid idiot. He's ace.

In the same month, we went from strength to strength with yet another Listicle. This time a searing expose of what I decided were 6 Of The Worst Action Figures Likenesses Ever Made.

This fun-to-write little piece garnered me a much needed comment from somebody who (much like myself) isn't even real.

Having already spent so many considerable minutes of my squandered life writing some of the best things that have ever ended up on the internet, I wasn't one to rest on my laurels. Oh no. Not me.

When it still looked like the new Masters of the Universe movie, that has been in development hell longer than some people have been alive, was slightly closer to actually existing again, I wrote an Open Letter to Writer Jeff Wadlow (who I mistakenly gave credit as a potential director also).

He even read it. Or, at the very least, saw my tweet about it. He might've even taken some of my excellent advice when writing the script, because it appears that it has since been kiboshed. You know, 'cause some of what I suggested might've been good, and we can't have that.


Having earnt a well-deserved rest from regular blog content, I waited a couple of weeks before I embarked on my next venture. Namely, celebrating "Bring Your Man-E-Faces To Work Day" as an excuse to create some fresh content, and in the vain hope of broadening my readership with some cross-promotion from the BYMTWD Facey B page.


To be honest, making Man-E-Faces more interesting than he actually is, was exhausting. It wasn't like it was "Bring Your Trap Jaw To Work Day" or anything, so you could understand why I needed a big nap, and to pat some cats for say....a month or so....before I wrote anything else.

It was almost half-way through October when I accidentally wrote a review for the Masters of the Universe Classics Intergalactic Skeletor figure, originally enthusiastically creating it for the website Doomkick.com before I realised they already had a review for him. My bad. Instead, I wrote them a piece for Light Hope and just uploaded Skelly right here on Hoard World. Problem solved! 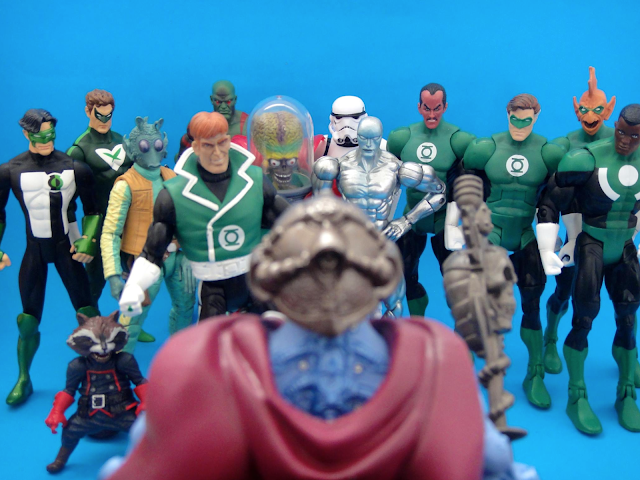 Next up, wedged in-between a hastily-cobbled-together-on-a-whim-by-moi Sneak Peek and a post about Halloween-A-Month-Later, were two of my most popular blog entries of all time.

WHY I SOLD MY BIG TROUBLE IN LITTLE CHINA FIGURES. 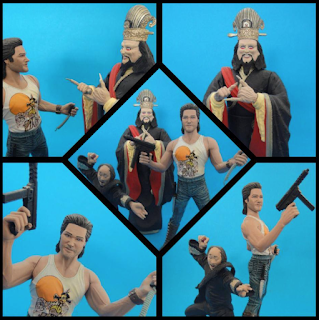 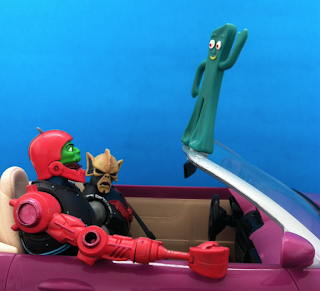 Both of these were pieces I felt genuinely compelled to write with the sort of fiery passion reserved for the true masters of modern literature like Hunter S. Thompson, William S. Burroughs and J.K. Rowling.

What was truly fascinating, in particular about the "Happy Honda Days" rant (which I literally wrote mere seconds after seeing all the ads) was that it was getting so many hits even Gumby creator Art Clokey's daughter Holly (also the original voice of Gumby's sister "Minga") read it! She e-mailed me not long after I posted it to clear up a few things and offer her own take on Gumby being used in a car commercial. This was super cool, to say the least. The internet really is magic sometimes.

I wrapped up 2014 with a Hoardsmas Special that featured 8-Bit Zombie's Thrashor, Vintage Skeletor and the bastard children of Skippy The Bush Kangaroo.

If I'm honest with myself, most of the action on Hoard World predominantly occurs on Instagram these days. It's just more fun. The atmosphere there is really friendly and there is immediate vindication from just about anything you do. It genuinely feels like a community. And as a result, I get to interact with, meet and share with a whole menagerie of like-minded people who I legitimately get a lot back from. If not for Instagram, I might have given up on Hoard World long ago and continued to run it purely as a not-very-profitable eBay Hobby Seller store.

Here now, are a handful of pics that have turned up on Instagram over the last 12 months, that some of you other lovelies might have missed. 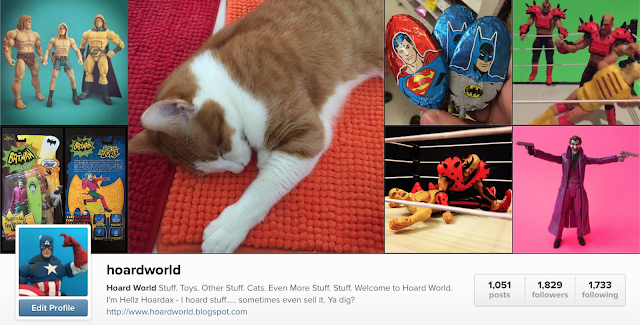 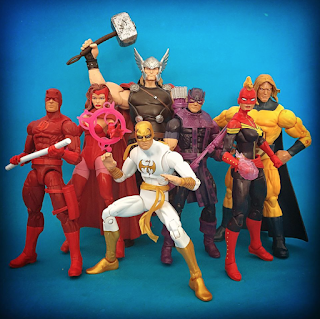 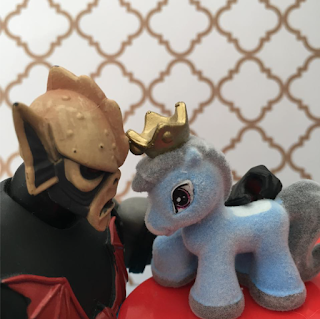 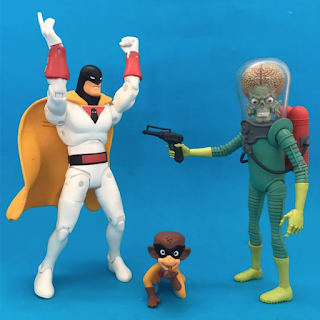 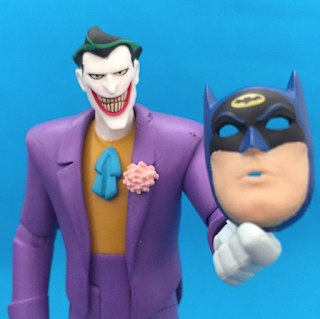 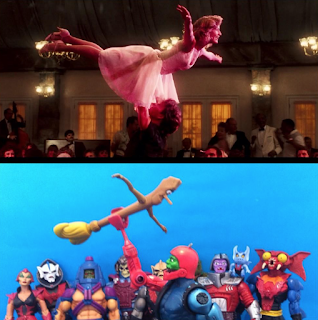 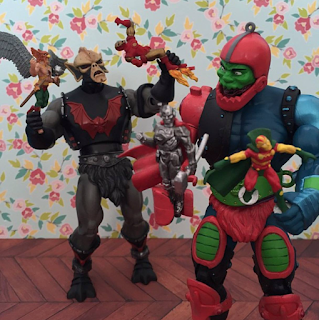 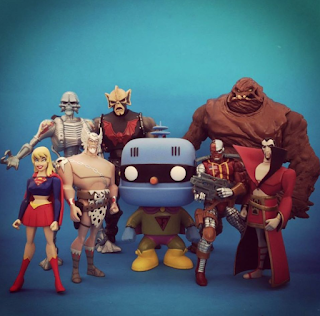 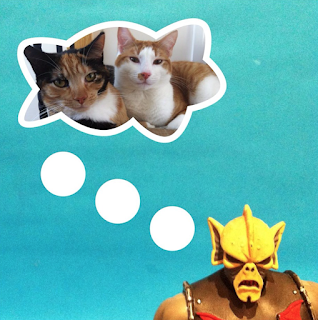 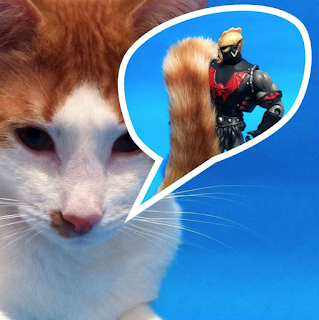 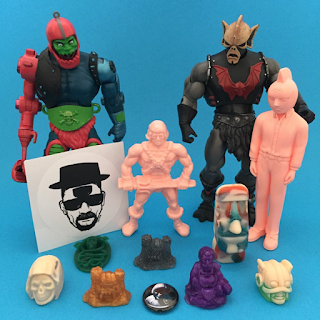 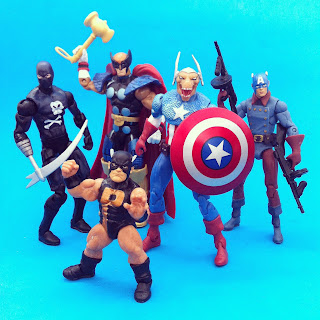 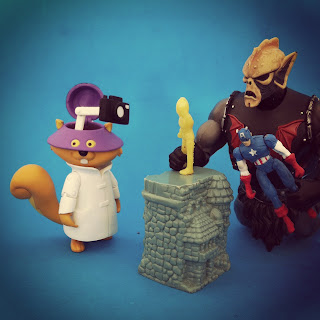 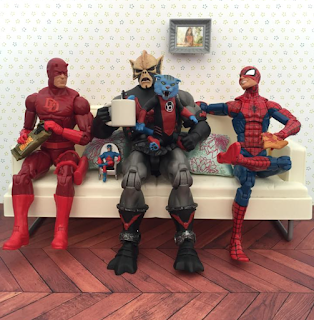 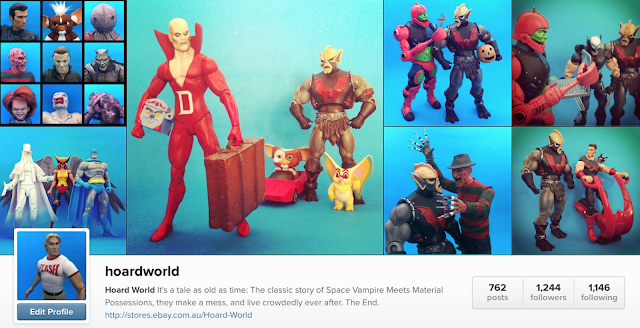 This is not to say that I don't truly appreciate the fine folk that read this blog, or like me on Facey B or follow me on Twitter, I'm just saying that Instagram is better. And aside from the increasingly rare moments of inspiration like 5 Christopher Walken Screen Appearances You Probably Haven't Seen or  the most recent MOTU DAY Celebration, there hasn't been a whole heck of a lot to write home about on Hoard World (blog-wise) in 2015, despite me talking a big talk earlier in the year about what I was going to achieve with my New Year's Resolutions.

In fact, almost half of the "new" content on the Hoard World blog in 2015 has been my "Recycled Material" blog posts where I have been consolidating my guest reviews from the past back onto the blog. I'm basically posting repeats! I'm currently writing a clip show! Dark days indeed.

I dabbled with YouTube for a bit in January. It was fun. It was terrible quality for the most part. I don't think they're the worst things that have ever ended up on YouTube. I mean, many of them did have Tonight Show segments like this.

But six months on, I have yet to upload another video to YouTube, whereas I've probably made a few dozen or more 15 second video clips on Instagram. I don't know what it is exactly. I think it's partially the immediacy of it all coupled with the ease. Oh, and the fun. That's a big part of it.

I know for as long as I can be bothered with Hoard World that I'll keep the blog and the primary three incarnations of social media going. There's always going to be times where I'll get a bed bug up my plastic butt that will require the medium of a massive blog post. Or something that works better on Facey B. Or a time where I don't require more than 140 characters. Pfffft.

But for the most part, you can find me here, just about always.

Meanwhile, here's how the rest of the 3rd Birthday Celebrations panned out. 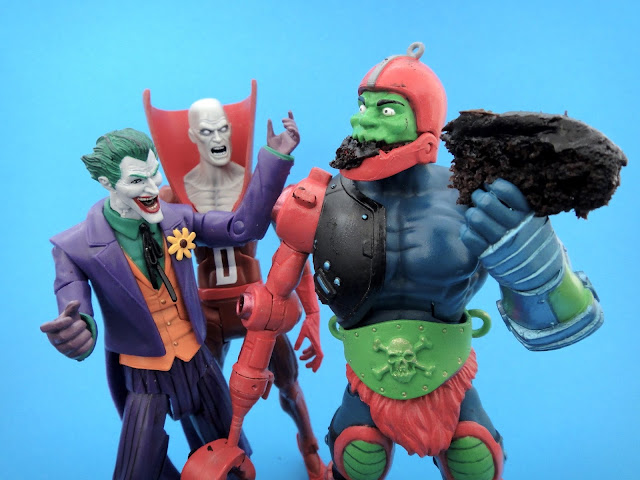 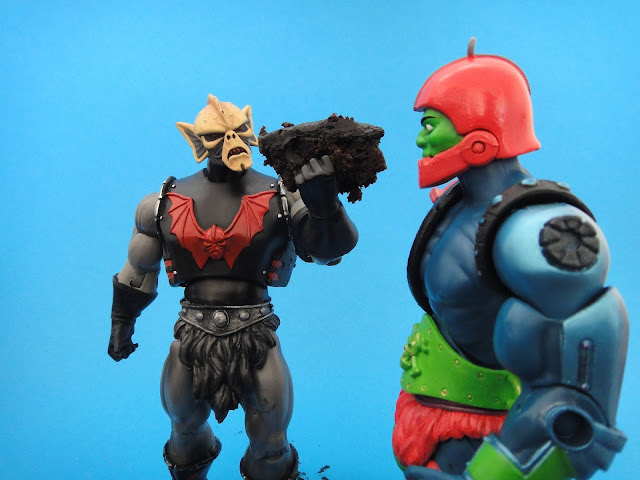 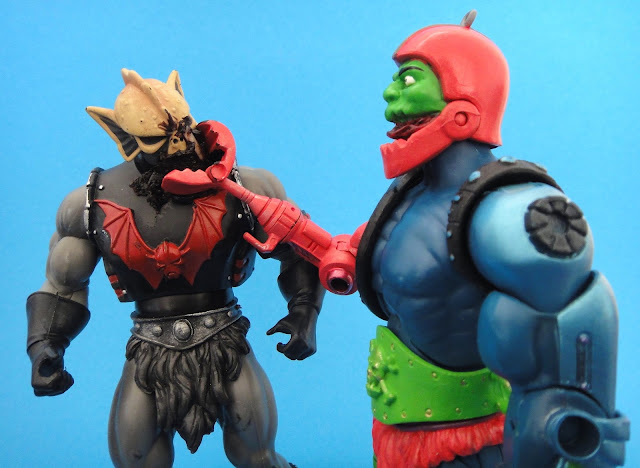 THANKS FOR READING EVERYBODY! 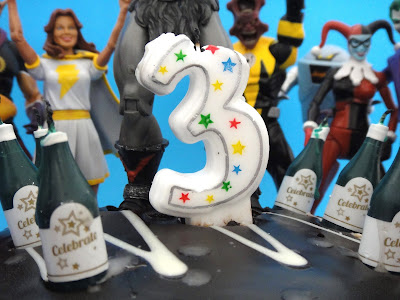 *In My Hoardax's Opinion
Posted by Hoard World at 02:04