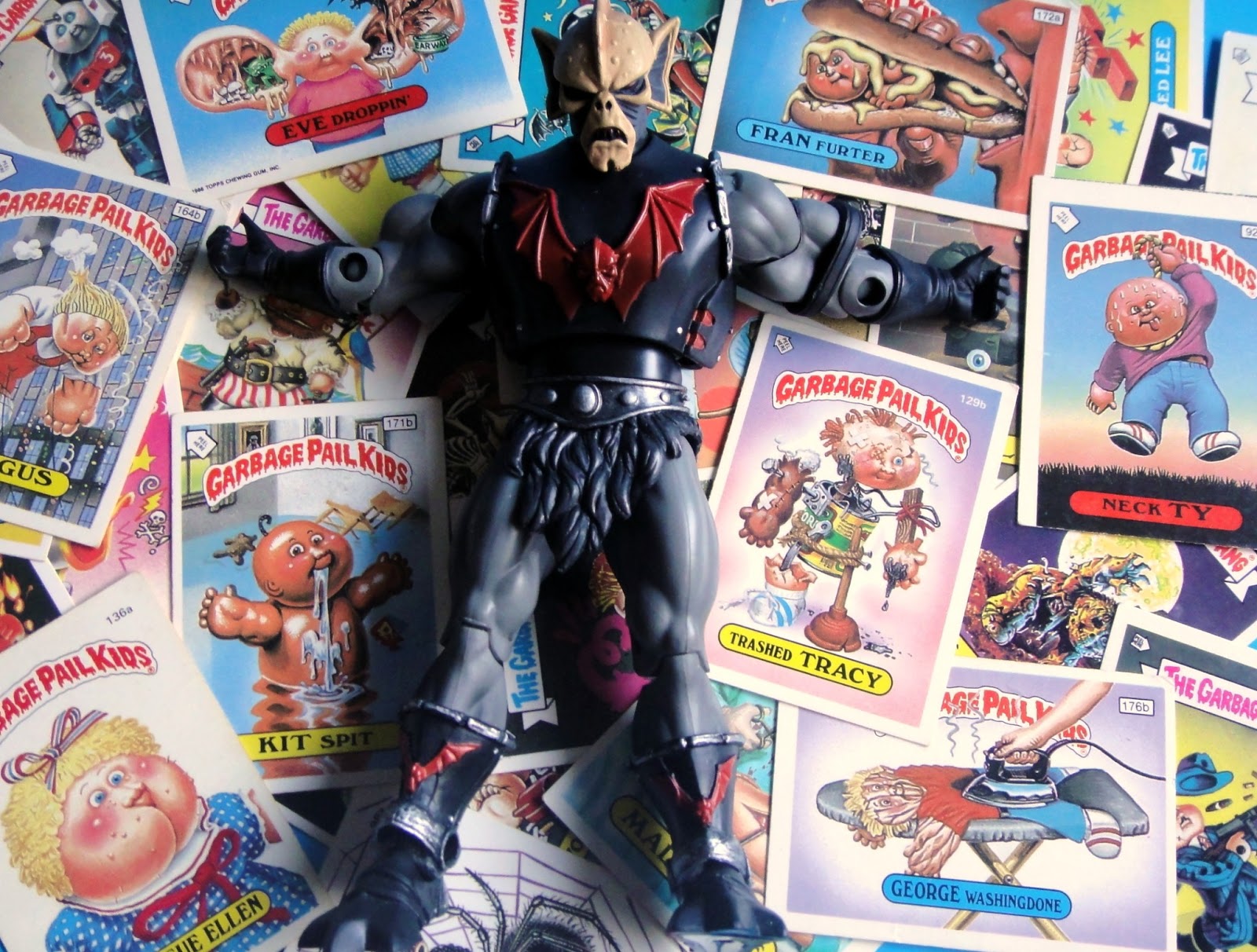 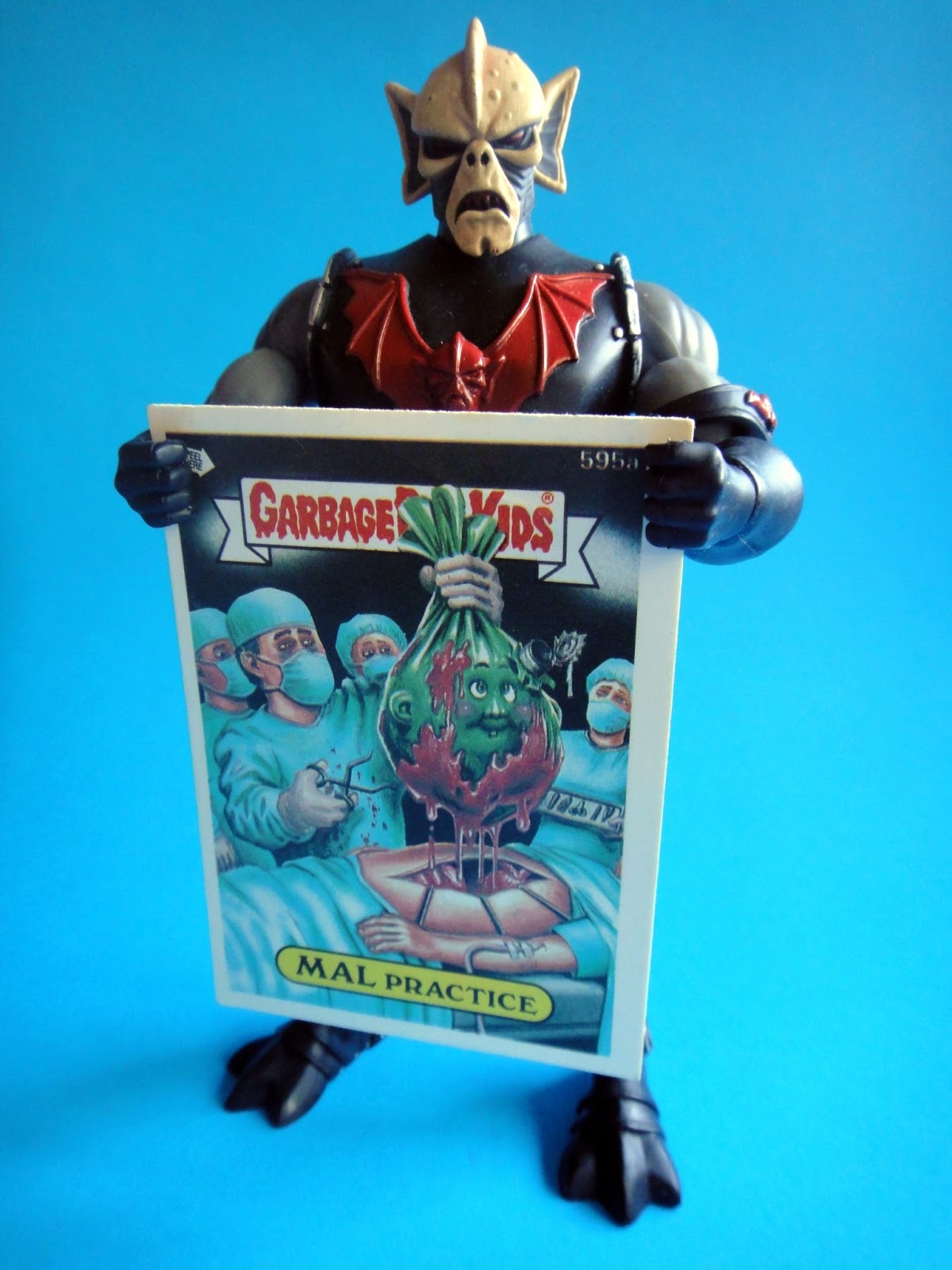 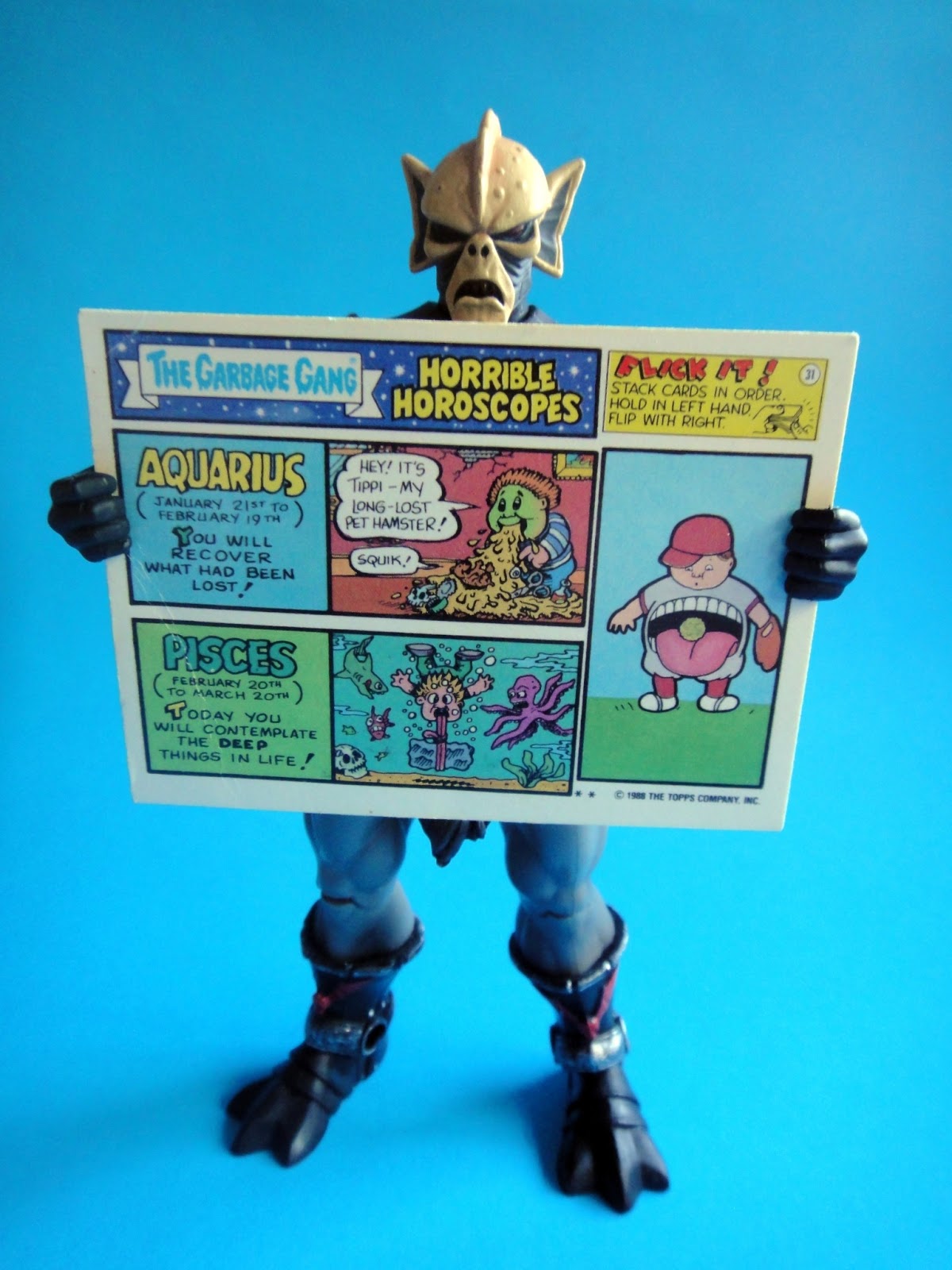 The iconic Garbage Pail Kids (GPK) trading cards from the 80s have been invading our consciousness now for almost 30 years. They owe their existence to cartoonists Art Spiegelman & Mark Newgarden and the Topps series that came before (like Wacky Packages). Naturally the original GPK artist John Pound also played a huge part in their origin since he drew the entire first series. And of course, The Cabbage Patch Kids were instrumental to the GPK's creation since they were the very thing being parodied.
They were so successful they were released all over the world (usually under a different title i.e. in New Zealand and Australia they were known as "The Garbage Gang.") and even spawned a live action movie and an animated series.

Something that shouldn't be overlooked is one of the coolest artefacts to spin off from GPK which were the CHEAP TOYS mini-figures that were released after the success of the first few series.

If you missed out on these back in the day (like I did), I have good news and bad news. The bad news is if you want the original figures I hope you have saved a lot of money (as well as patience) for a rainy day. These guys are a bad combination of rare, sought after and expensive.

(Some of the vintage GPK cards themselves are no walk in the park either. See here for a list of the rarest and most expensive GPK cards ever made!)

The good news is that thanks to the popularity of Cheap Toys, many of today's top designer toy artists are making their own versions that you can still buy!

Despite the fact that GPK were relaunched in 2003, a renewed interest in everything 80s has exploded in recent years (as you might have noticed) and, as such, Garbage Pail Kids were completely rebooted in 2012 for their "Brand New Series". This was an effort to bring GPK back to its 80s roots and is supposed to be more in line with those earlier series when they were a bit edgy and mildly offensive. And funny.

The beauty of the Brand New Series is that this happened:

But the mash-ups don't end there folks. Over at the magnificient GPK Customs website, everything from Monty Python to The Goonies have been Garbage Pailed. And they are fantastic.

Many of them have been drawn by current Garbage Pail artists like Joe Simko.

If you haven't already worked up a massive urge to further investigate or re-discover the world of Garbage Pail Kids, this might just push you over the edge. In April 2012, a beautiful hard cover book was released with an introduction by the Art Spiegelman and an afterward by the John Pound. Reading what they have to say about GPK is fascinating - it inspired me to photograph and write this Hoard World spotlight.

The book also comes with four unreleased BONUS stickers!
(one of which is being professionally modelled by Raph in the next pic)

When I was a young timer, Garbage Pail Kids were THE BEST.

I collected them like crazy in Primary School, spending many recesses and lunch times trading with other kids. If there was a kid with an actual Garbage Pail Kids card, that was worth heaps more in a swap!

I still have most of them.


As you can see they are slightly different to the Garbage Pail Kids cards. They were definitely way smaller. The "peel here" indicator is in a different spot because the entire card is a sticker - logo and all. Speaking of the logo, that's been altered too.

In true Hoard World fashion, I decided it'd be fun to match up my own Garbage Gang cards with their closest action figure counterparts.

If you want to read more about Garbage Pail Kids, you can check out this website. Or just google them to death. 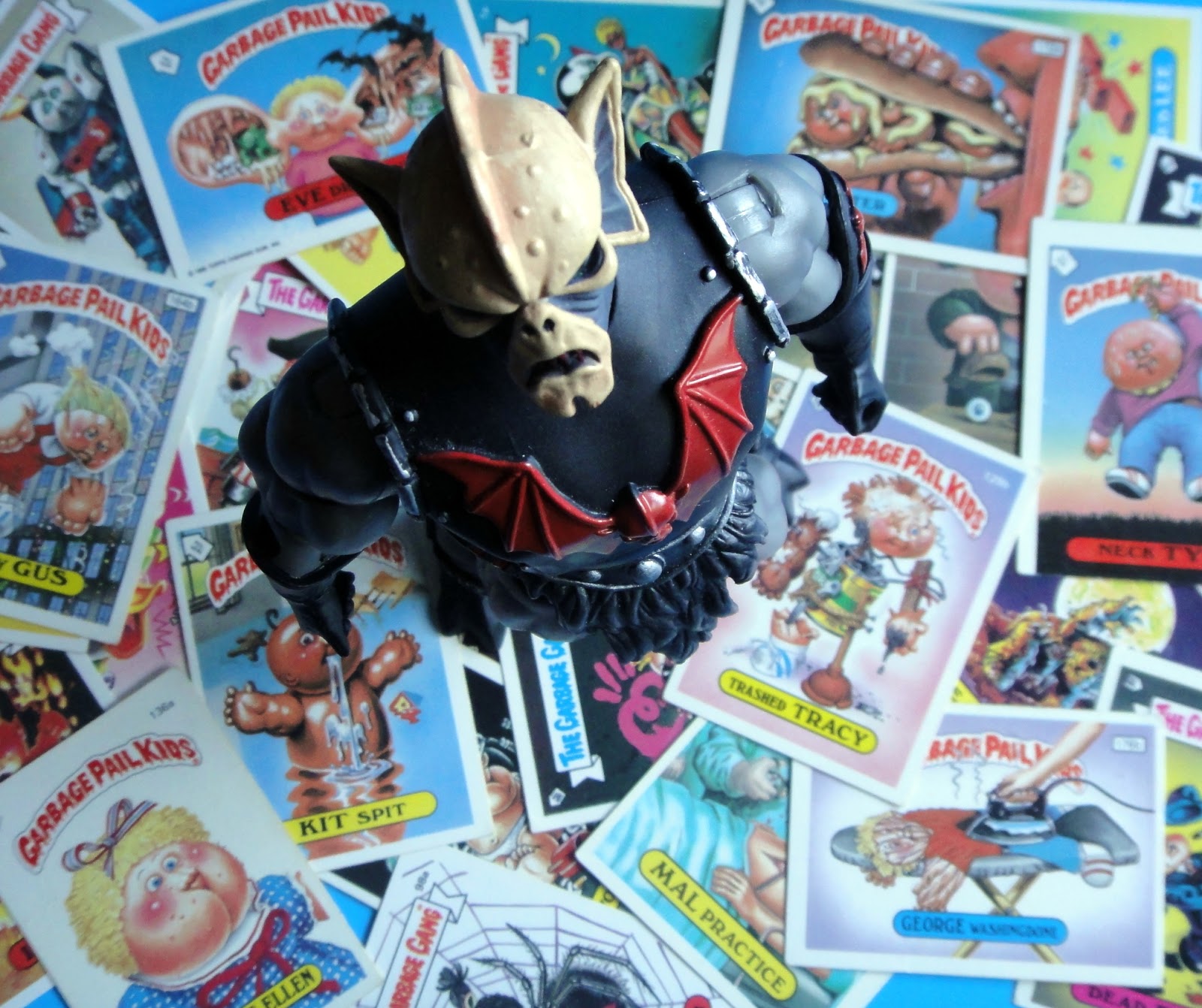 Who are you favourite GPKs? What were they called in your country? Do you still collect them? 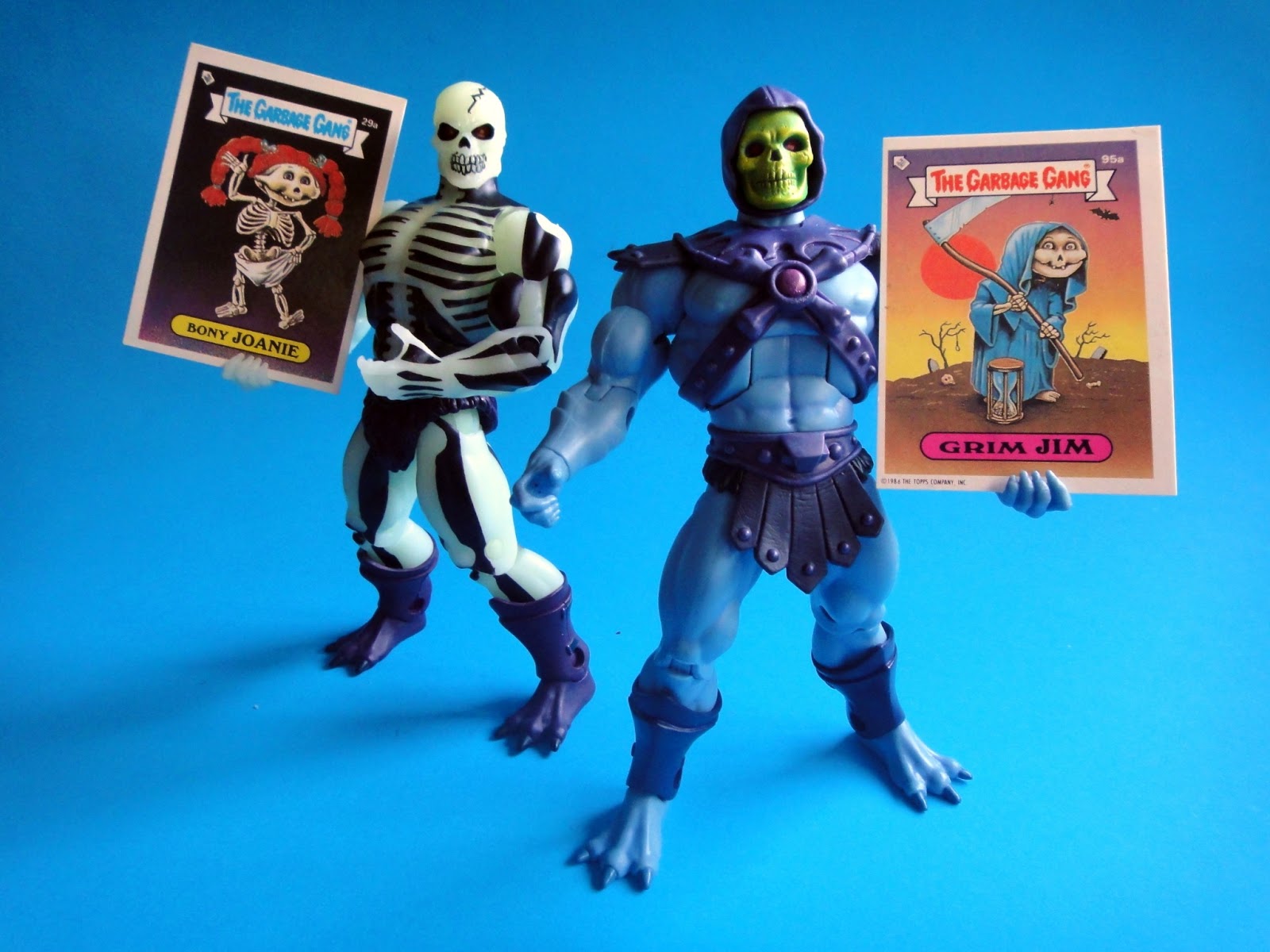 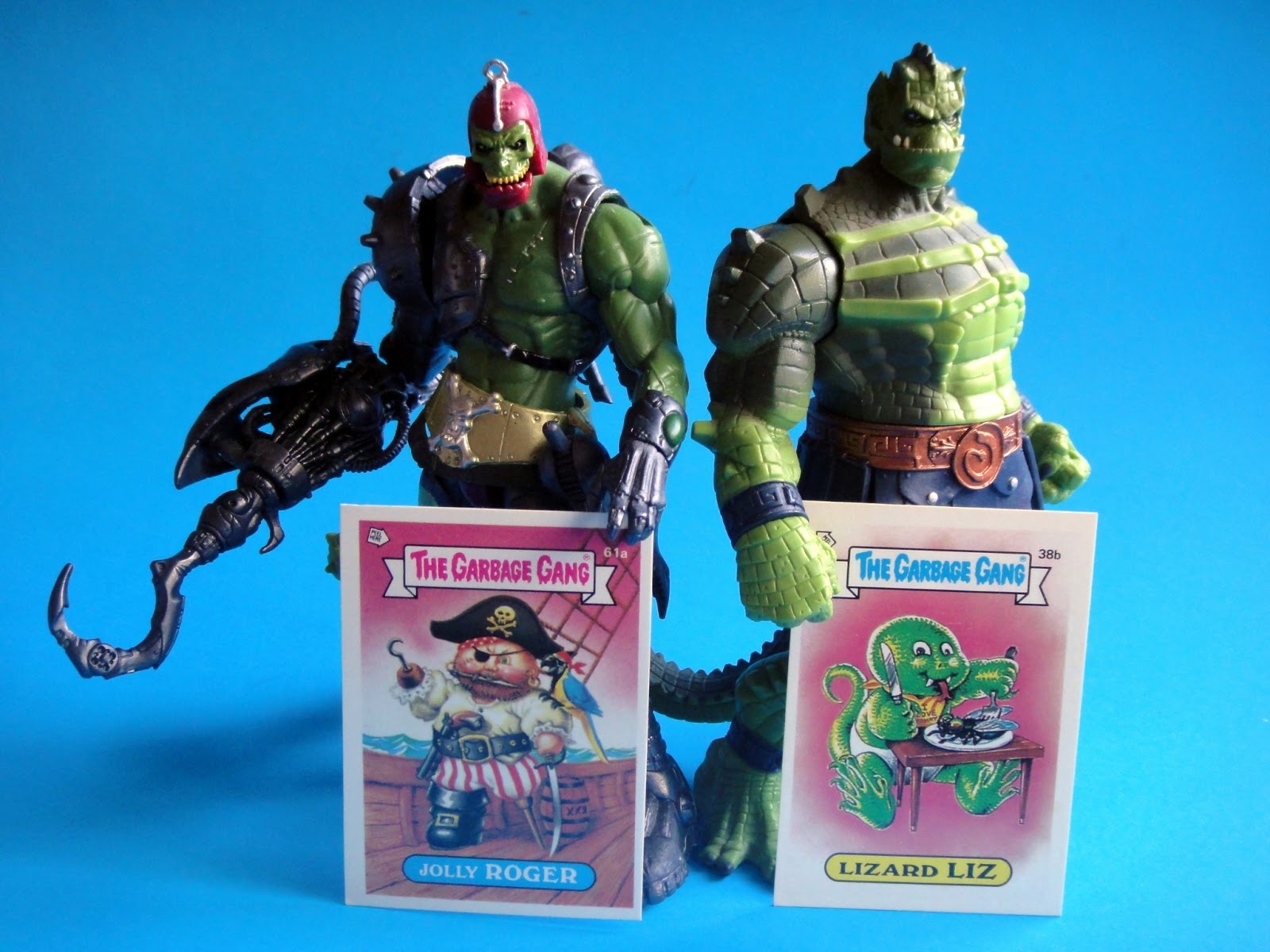 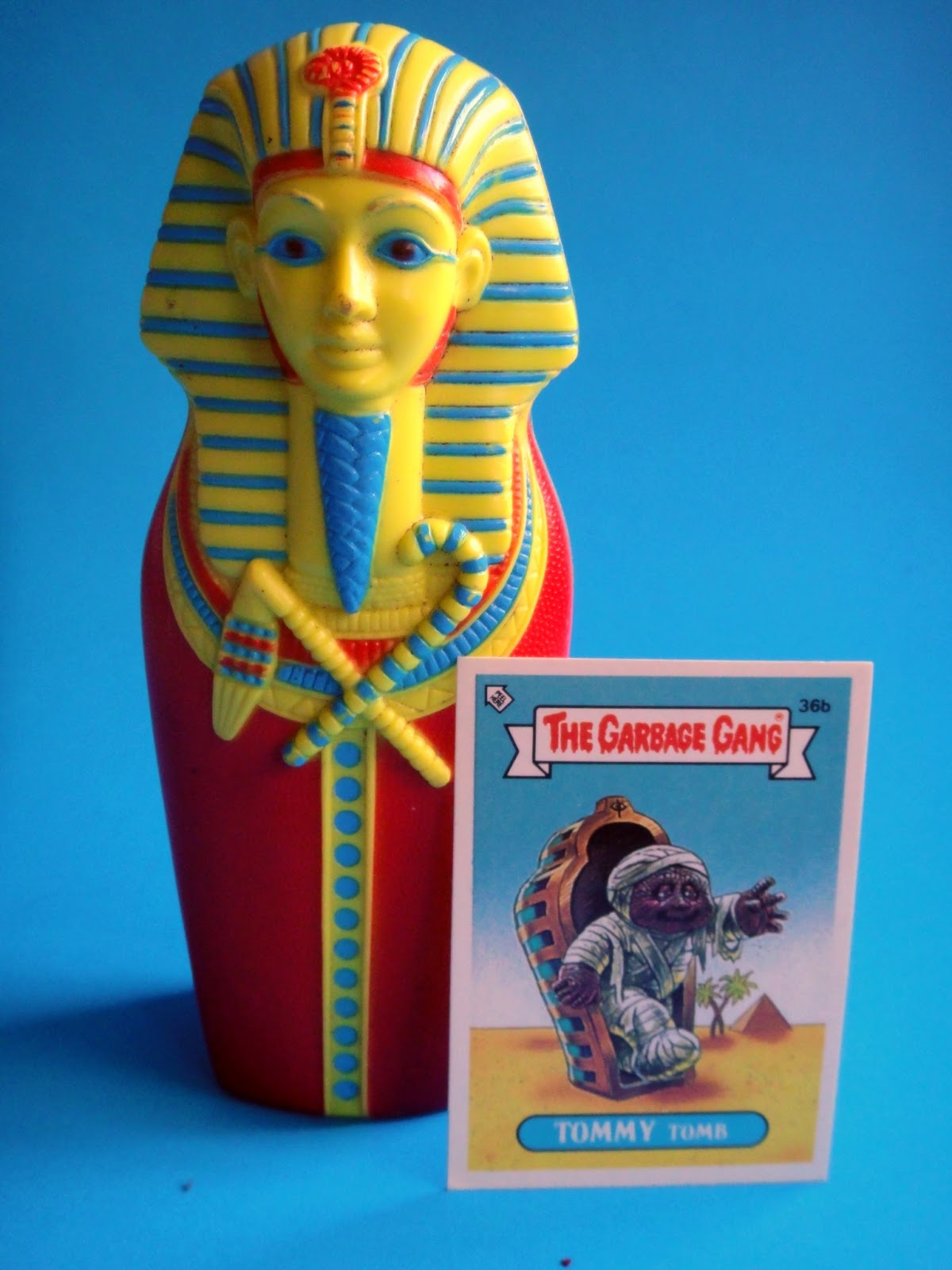 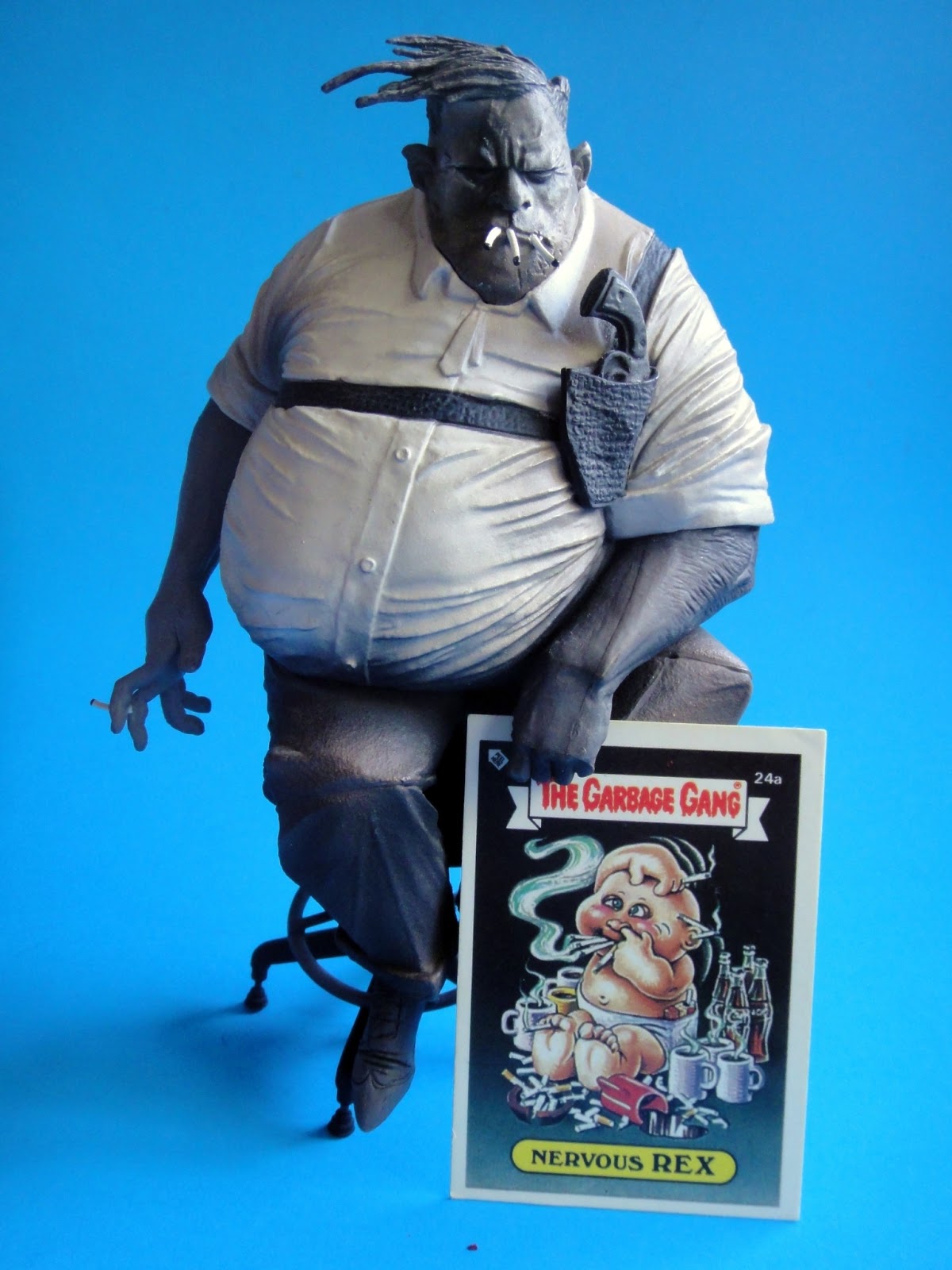 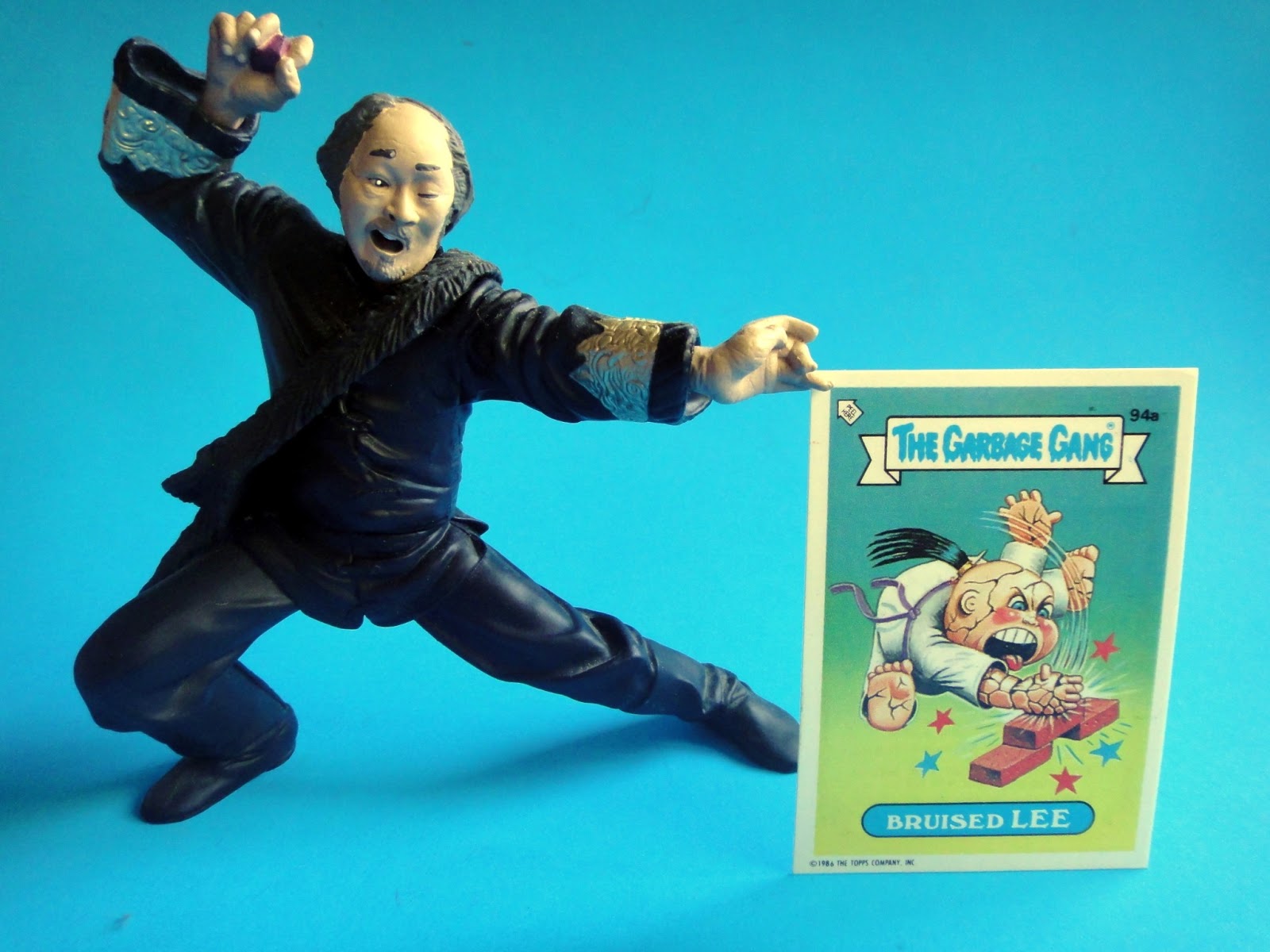 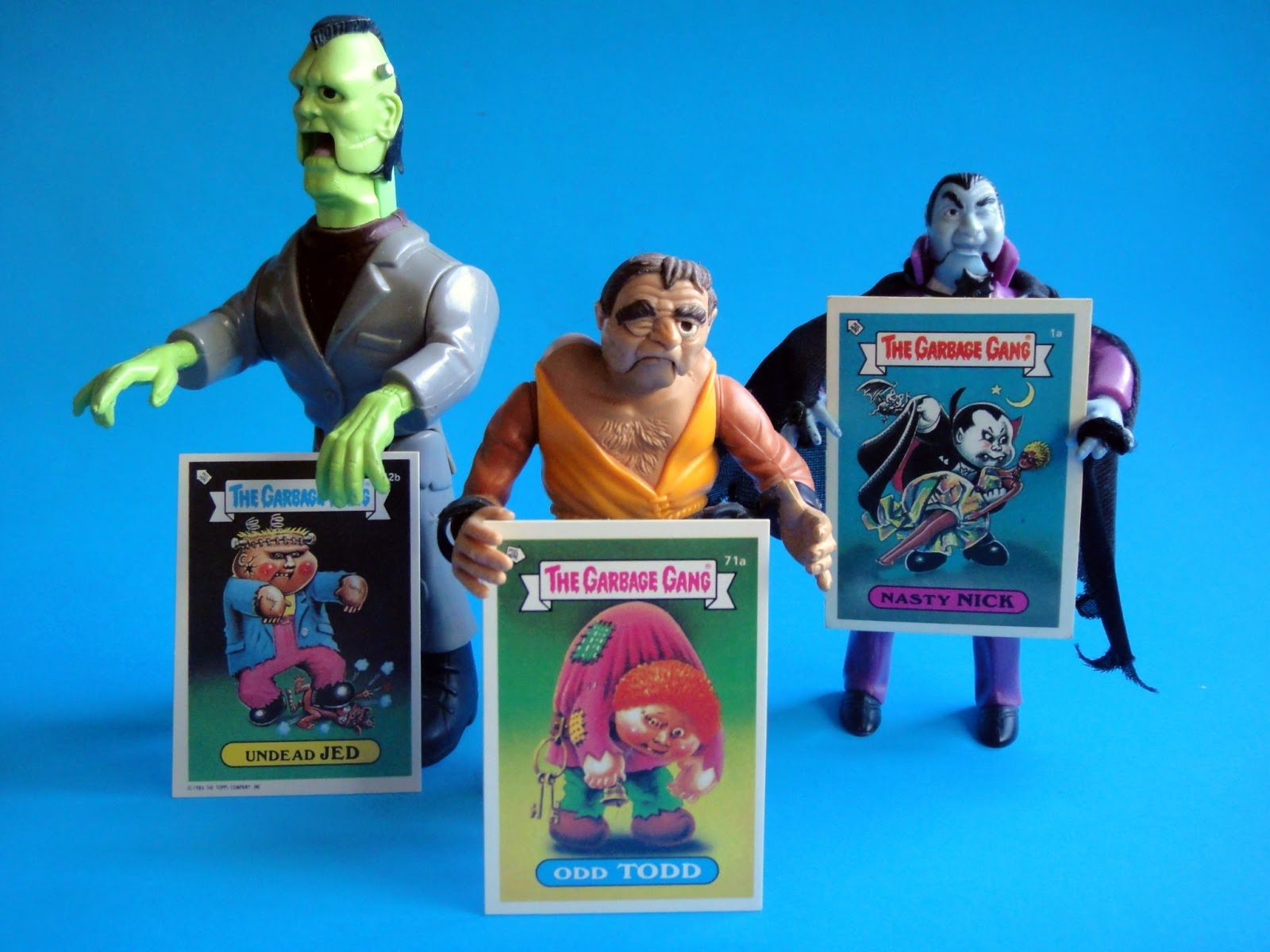 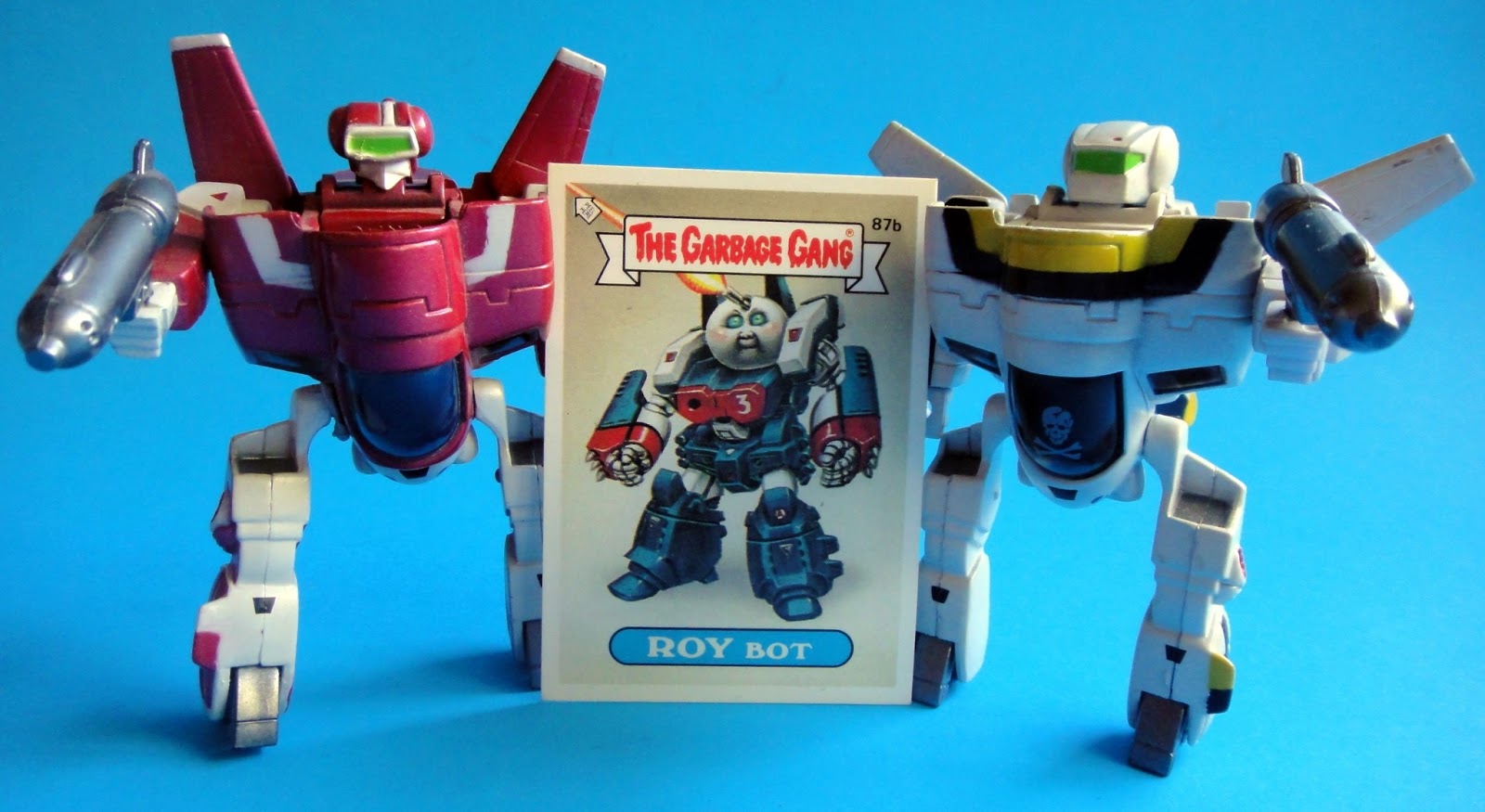 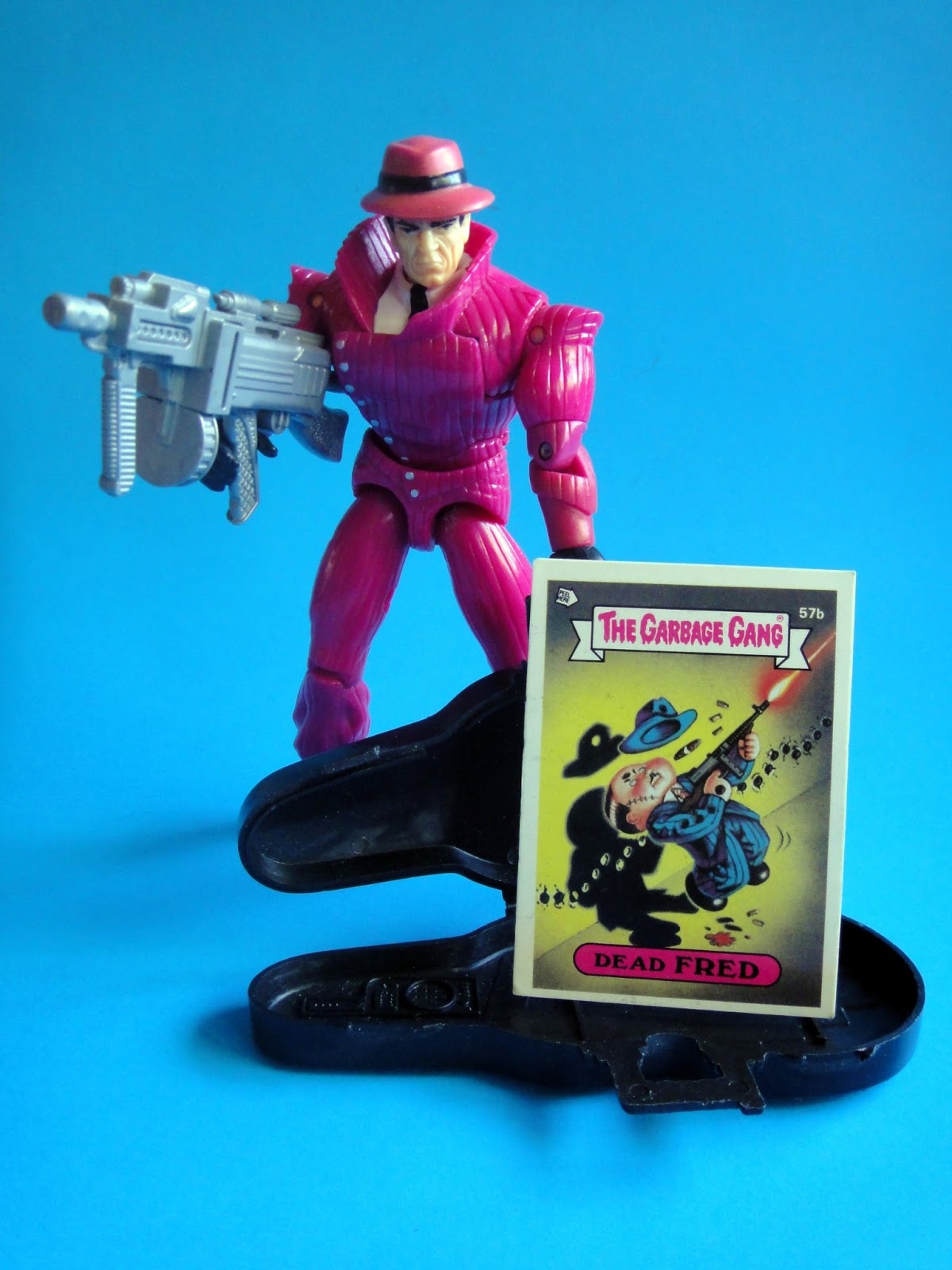 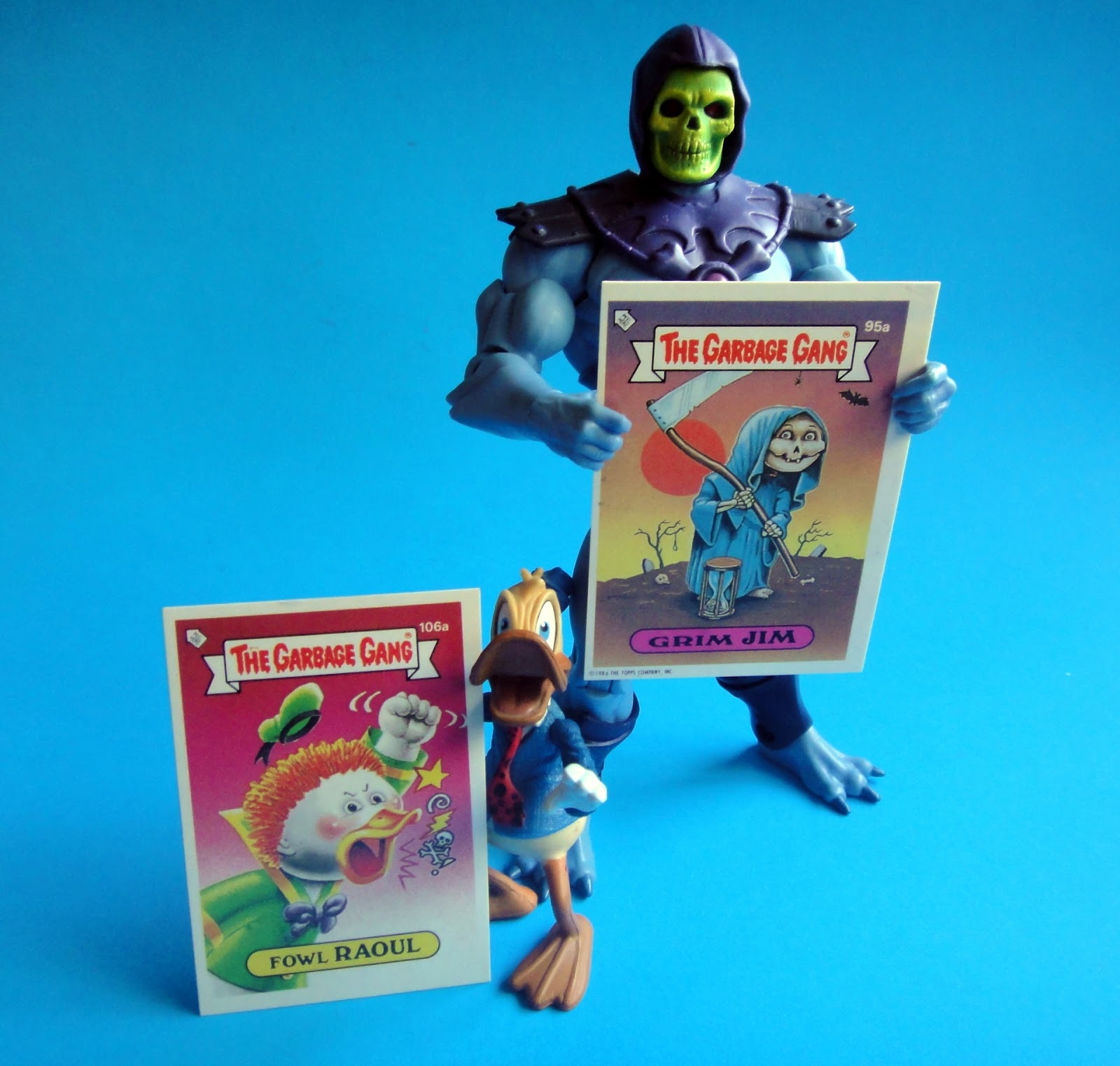 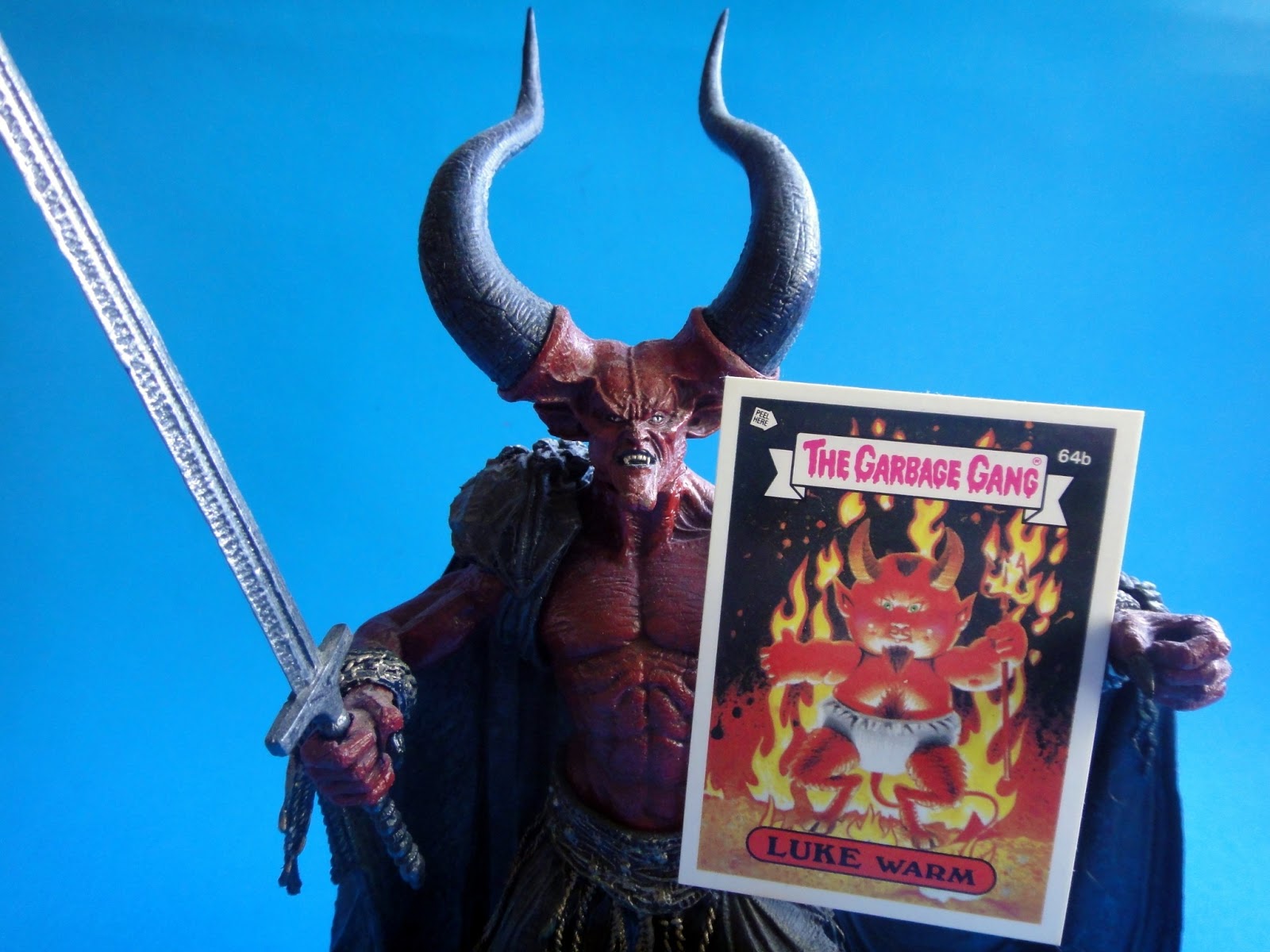