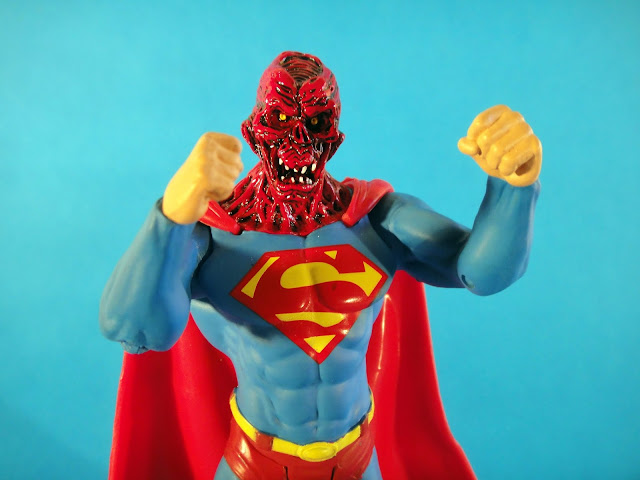 The review included in this blog entry was originally published way back in July 2013 on ThEpicReview.com for their Resident Evil Zombie Celebration Week. It was written specifically for ThEpic Review site so may contain specific references to the site etc; For example my mention of whether Zombie Supes is "epic" or "great" or "good" towards the end is a reference to ThEpicReview's ratings system. Due to the age of the article, some of the information contained within may have dated somewhat (like there aren't as many of these knock-offs floating around on eBay as when this was first written). You can check out the originally published version on ThEpic Review's site here.


This is less of a real toy review and more of a revelation. This is because I'm not really sure what I'm reviewing here. 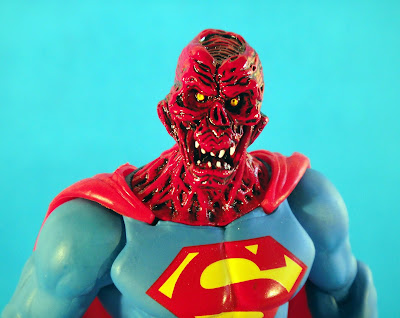 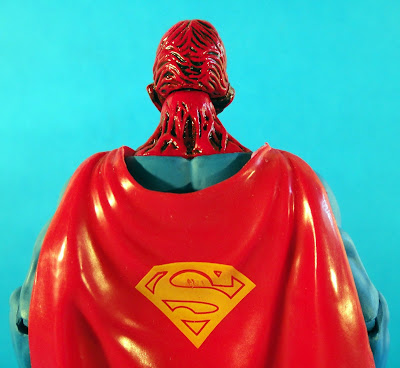 All I know is this: Zombie Superman is made in China. He has a generic Superman body that I'm sure is more than likely from a specific DC toy line.

From the lower neck down, Zombie Superman looks EXACTLY like The Real Superman.

It's the upper neck and head where Supes starts to get weird. Yeah, mostly that part I'd say. That's the part where things begin to change.

Note that he still has human hands! 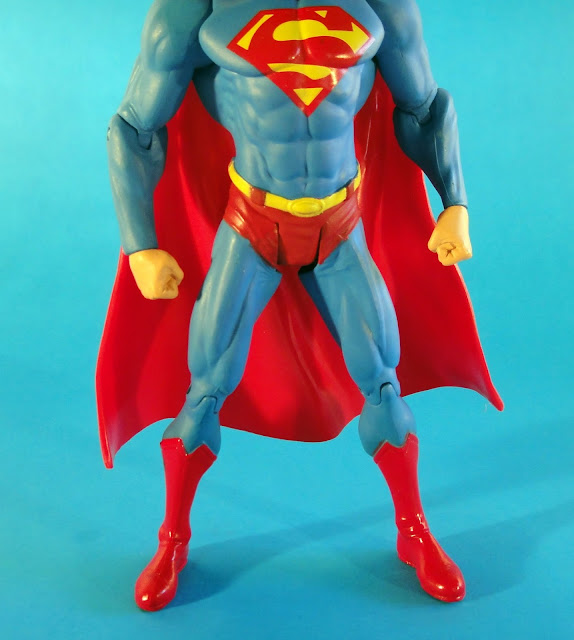 I like to call him Zombie Supes. He's both mildly mannered and friendly looking as well as grotesque.

At a glance, he looks like a bad custom. But a quick search of eBay will reveal that he is floating around en masse.

A more detailed search of eBay will reveal where his body is from, and that's when the answer starts to present itself. 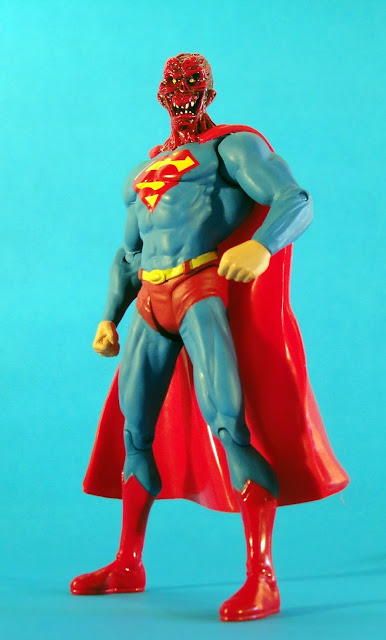 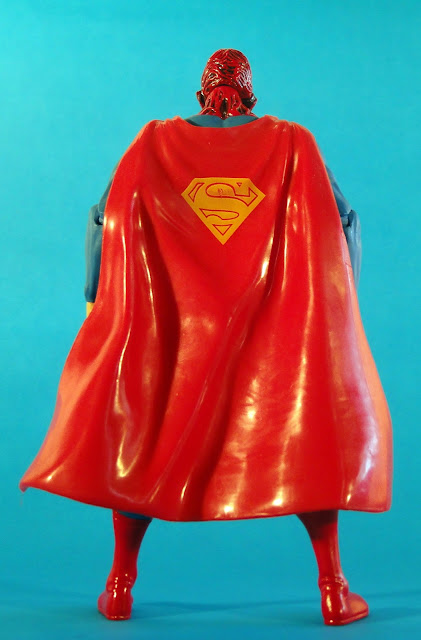 Let's digress for a moment because I need to pad this out.

I often try to imagine what his fictional origin story might be. Is he a Zombie? Is it just Supes with particularly bad sun burn? Or did he attempt to open The Lament Configuration from Clive Barker's Hellraiser and he now has more in common with "Frank" than he does the people of Earth? 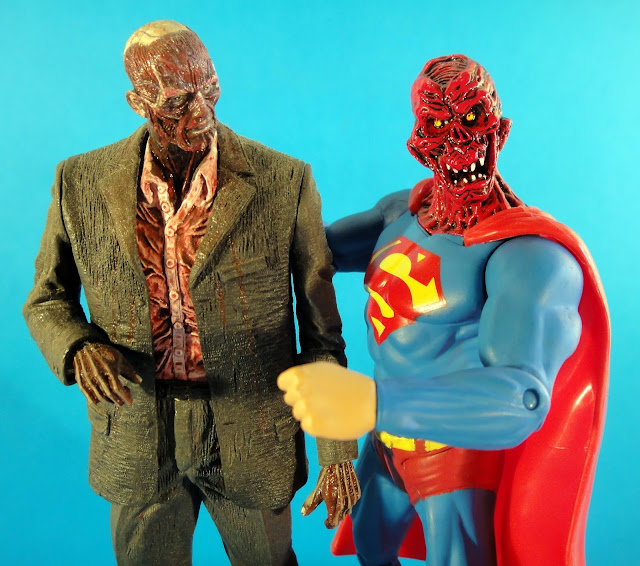 The truth is, he's whatever you want him to be because the truth is he's an amalgamation of most of what I've already said.

Zombie Superman is both a "real" figure and a custom and a knock-off.

Series 6 of the DC Direct Superman/Batman action figures that were based on Ethan Van Sciver's Enemies Among Us storyline had a...(drum roll)...Superman figure in it that looked like this.......

Now what about the alternate head? The "alien" head? 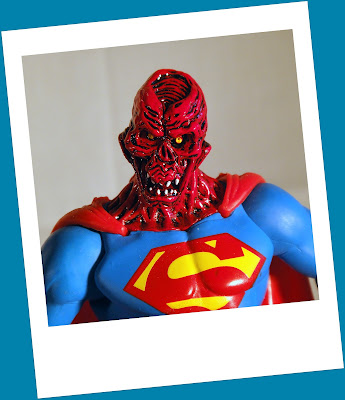 However, how Zombie Supes came to be is still shrouded in mystery. While this figure is obviously just Series 6 Enemies Among Us Superman with the Alien Head forever implanted, what's with the paint job? Why are there so many of these guys floating around out there on Michael eBay? Who's making them? Are they just having a bit of fun over at the factory in China?

What I do know is that there's just something about Zombie Supes that may not be "epic" or even "great" but is definitely pretty damn "good." In a perverse kinda way.

Read all about Zombie Supes' pals Zombie Cap and Tarman!
Posted by Hoard World at 04:10