IT'S A VERY HOARD WORLD HALLOWEEN! 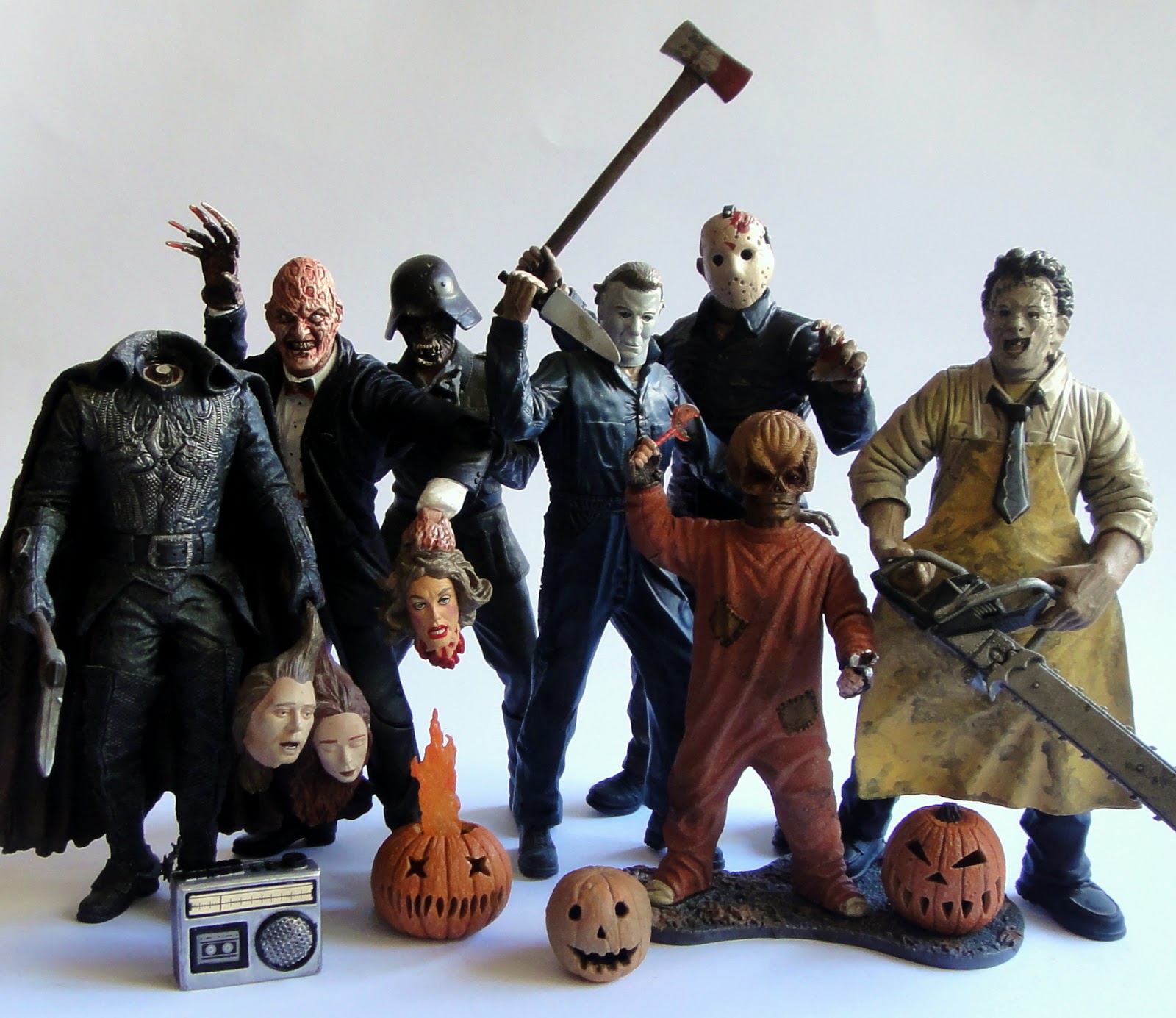 There are plenty of events all year round that hold a special place in Hoardax's plastic, slime-filled heart. You know, like He-man's Birthday, whenever there's a Friday The 13th and of course - HALLOWEEN.

And what better way to celebrate it than with a Halloween Party on Hoard World?

Fortunately for our Hoard Worlders at home who couldn't make it, an official photographer was there to capture some of the action.

So, make yourself comfortable. Put your webbed feet up. Pause that Halloween Special you were watching.

It's time for A Very Hoard World Halloween! 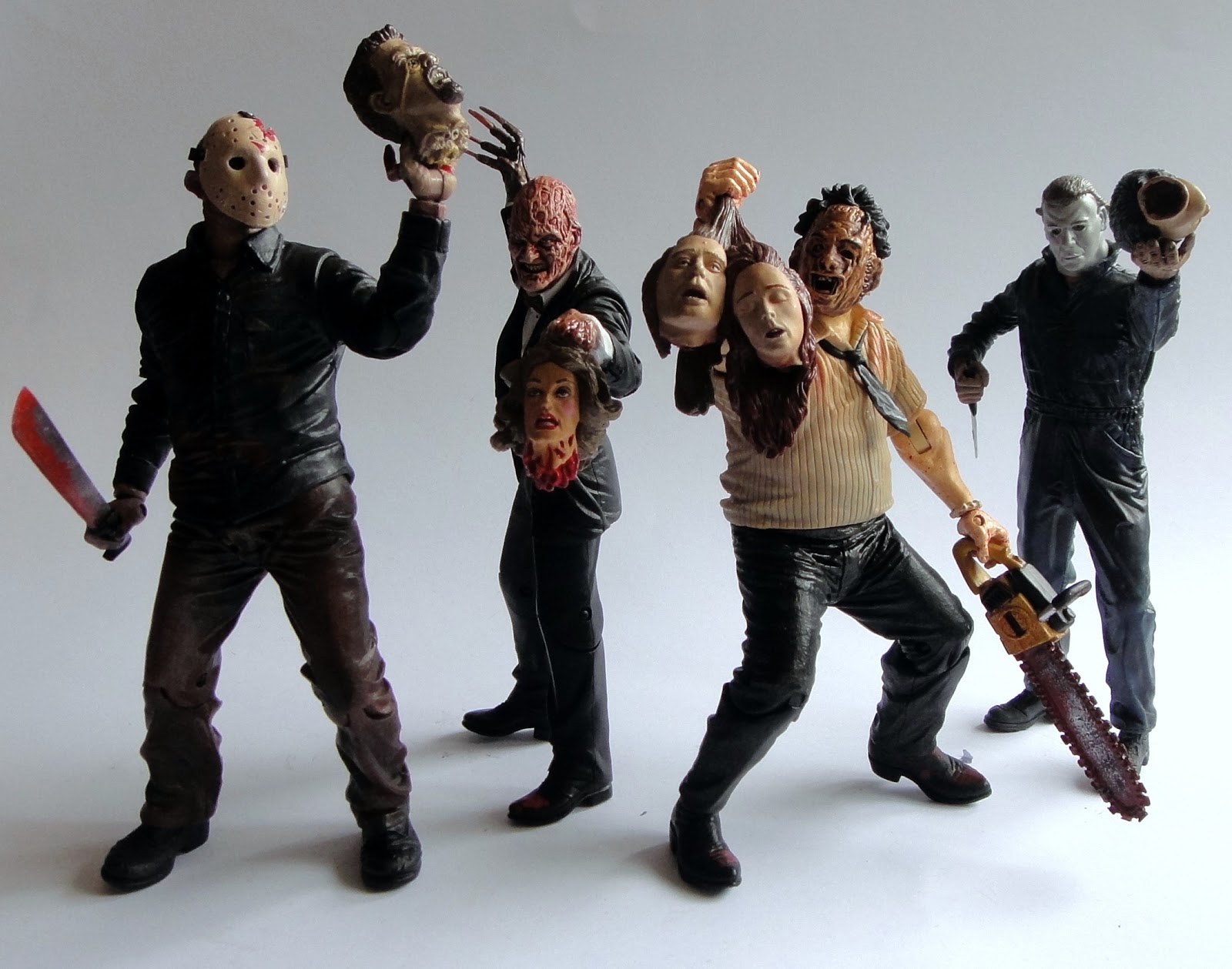 Early on in the piece(s), some of our guests wanted to carve out some pumpkins to decorate the place. Unfortunately, they couldn't find any ACTUAL pumpkins, so they decided to use human heads as a substitute. It was getting a tad messy and Hoardax has a rent inspection next week so he suggested they play a game of Pin The Head On The Body instead. It was a good idea except Leatherface couldn't remember where he dragged the bodies! Boy, was his face red! 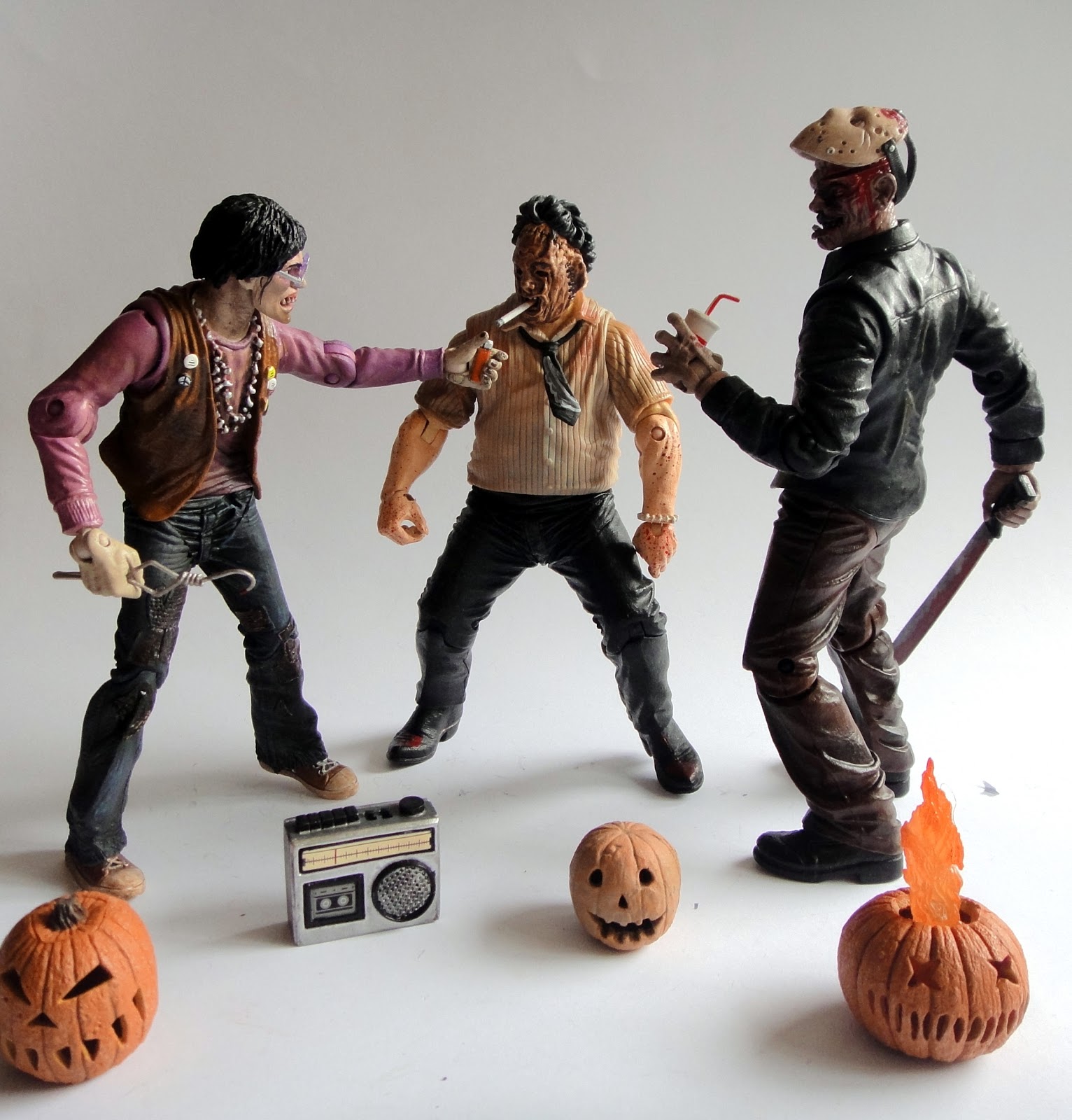 Luckily, Chop Top brought some pumpkins with him and that's when the shenanigans really started.


Note: Hoard World is not promoting smoking of any substances in this picture. Leatherface's intake is purely medicinal. He has Glaucoma. At one point somebody made a pun about Summer Glau and Glaucoma. It was in poor taste and only Freddy laughed. He laughs at everything. 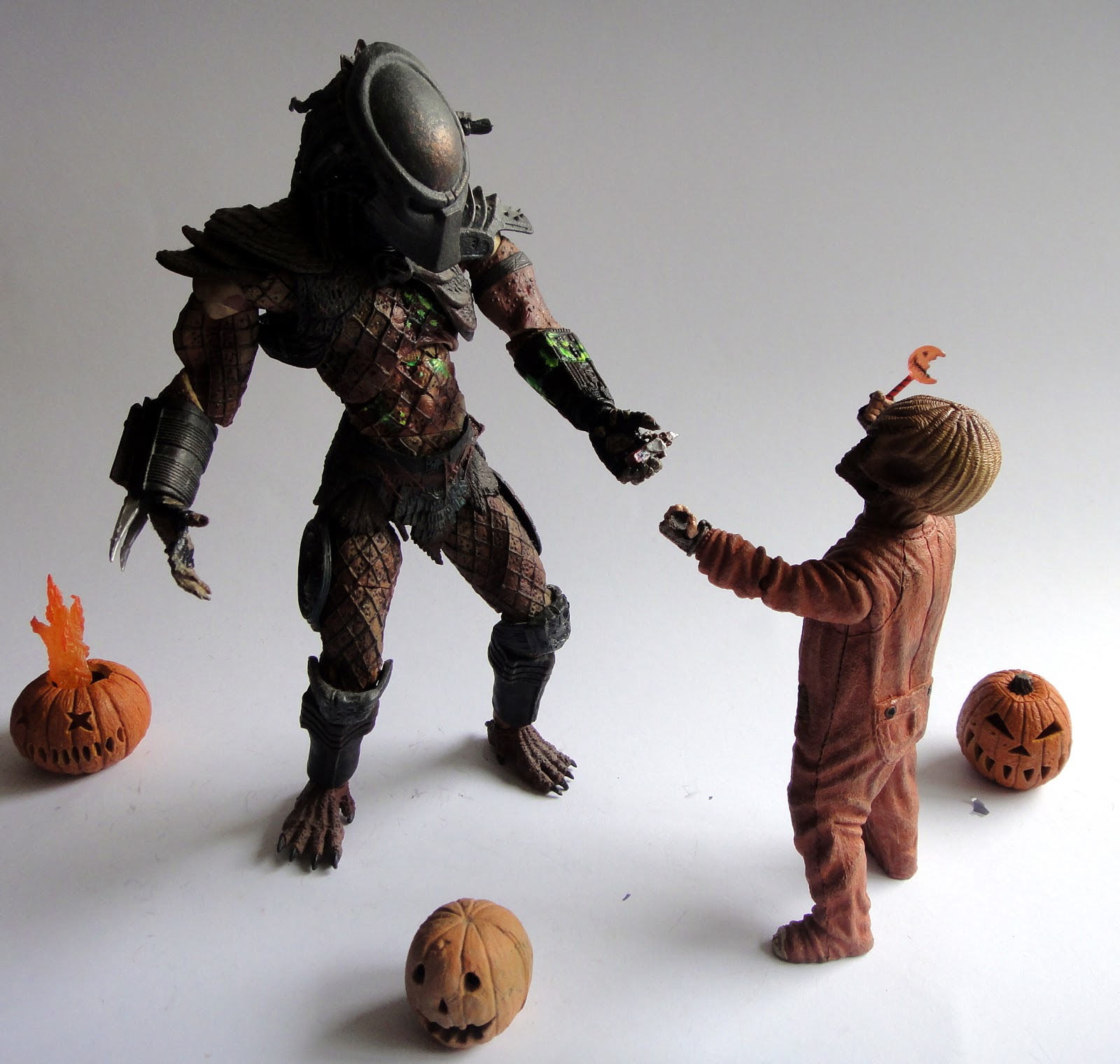 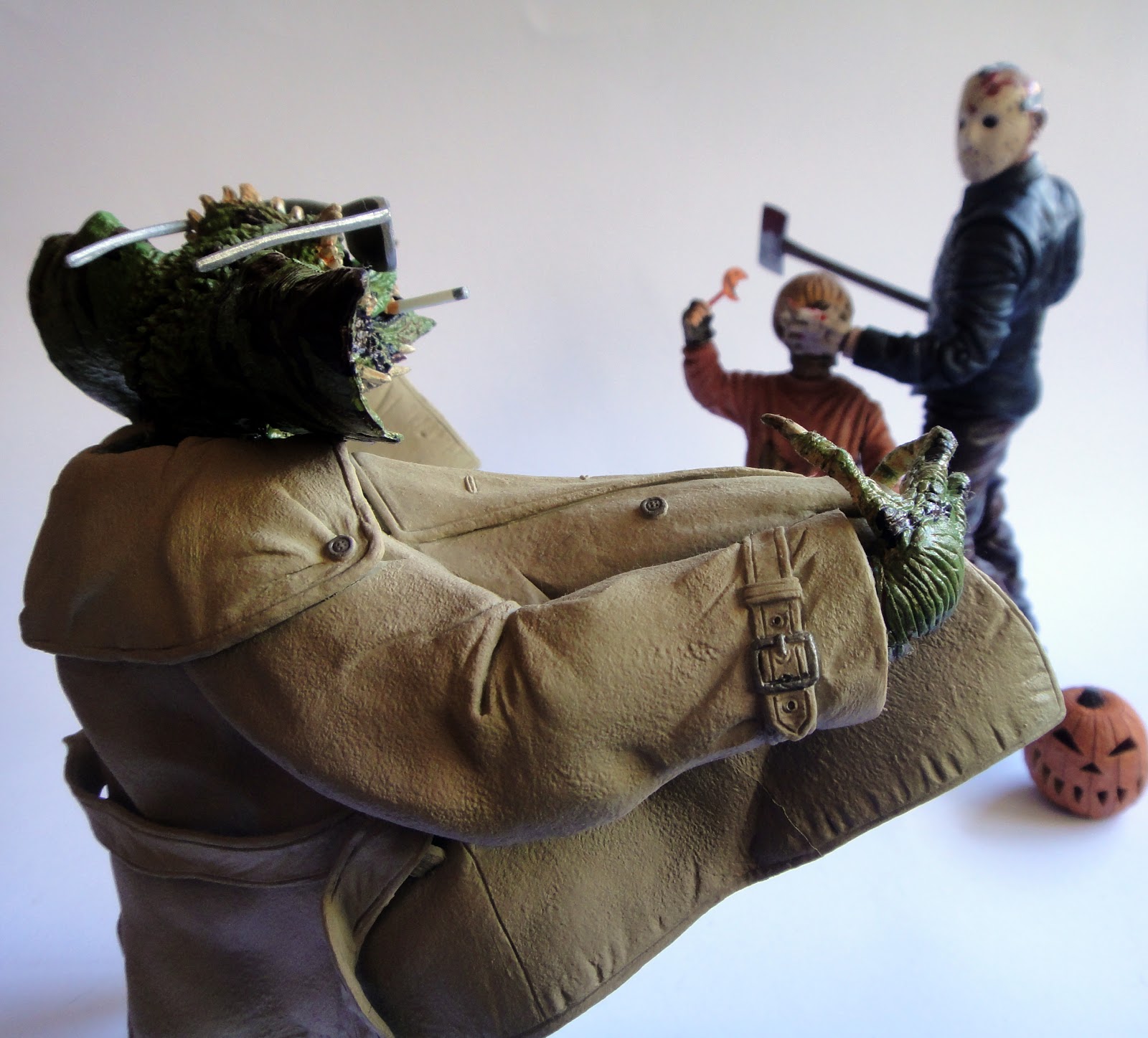 This Gremlin probably won't be getting invited over again next year. I think he came dressed as Michael Chiklis as The Thing wearing his trench coat disguise. The beauty of Halloween on Hoard World is that most of these wonderful characters can just wear their regular clothes out in public. But there were a few (like this Gremlin) that attempted, with varying degrees of success, to turn up as people other than themselves.


One of the more embarrassing things that can happen to any Halloween Party guest is when you arrive wearing the same costume as somebody else. These people are laughing at him even though one of them is dressed as Austin Powers. What is this? 1997? What nerve!


Now the party was really getting started.

Most of the guests had arrived.

Harvey Keitel and Michael Madsen had turned up dressed as The Blues Brothers.

The only problem was, Jason Voorhees wouldn't stop listening to Daryl Braithwaite's The Horses.

Over and over again.

Most of the guests didn't really have the nerve to say anything to Jason but after two hours straight of only listening to Daryl Braithwaite's No.1 Hit - enough was enough.

Predator decided to have a word with him.

It could have gone better. 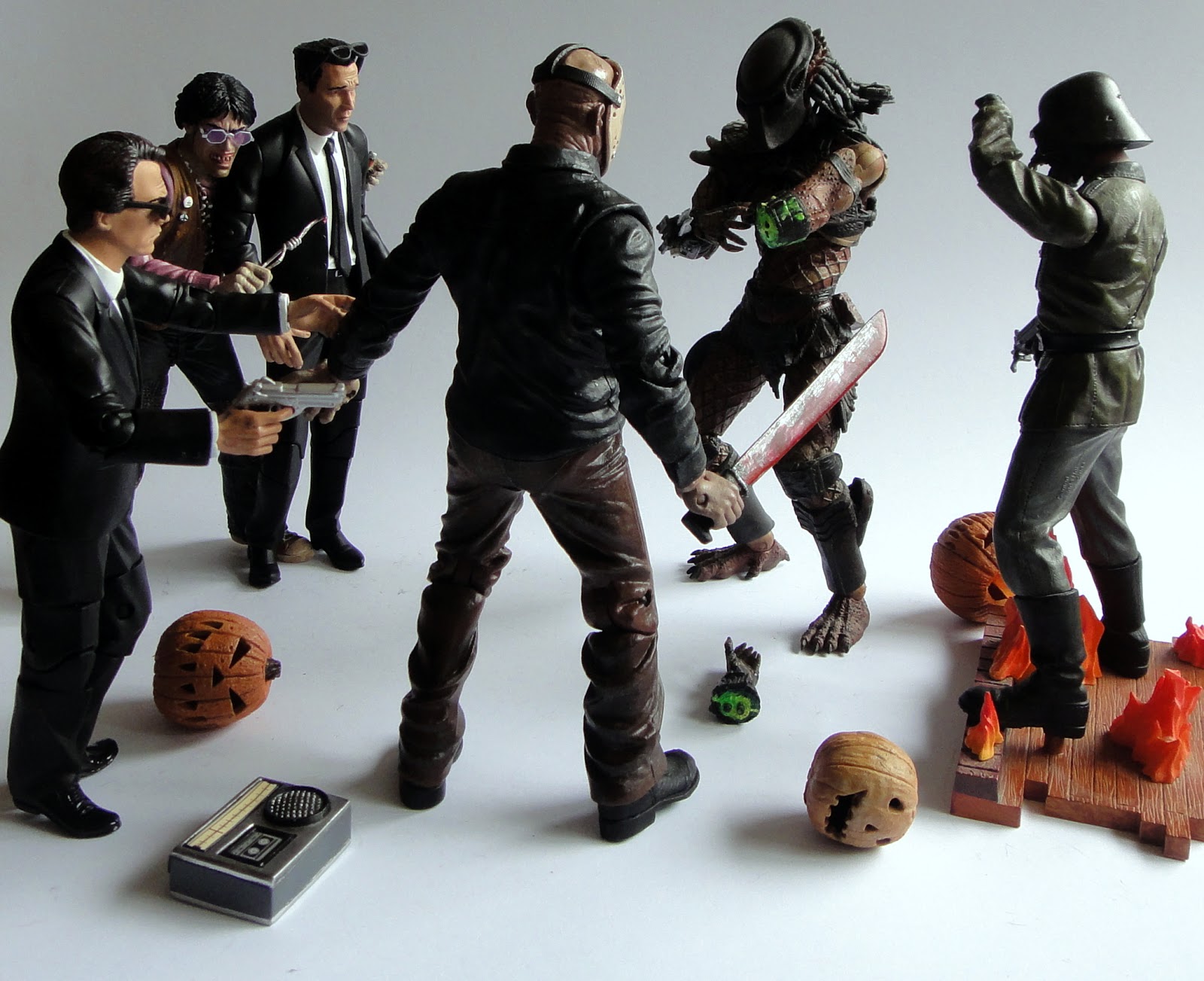 Just about everybody high-tailed it outta there after that little outburst. Here's what happened next. 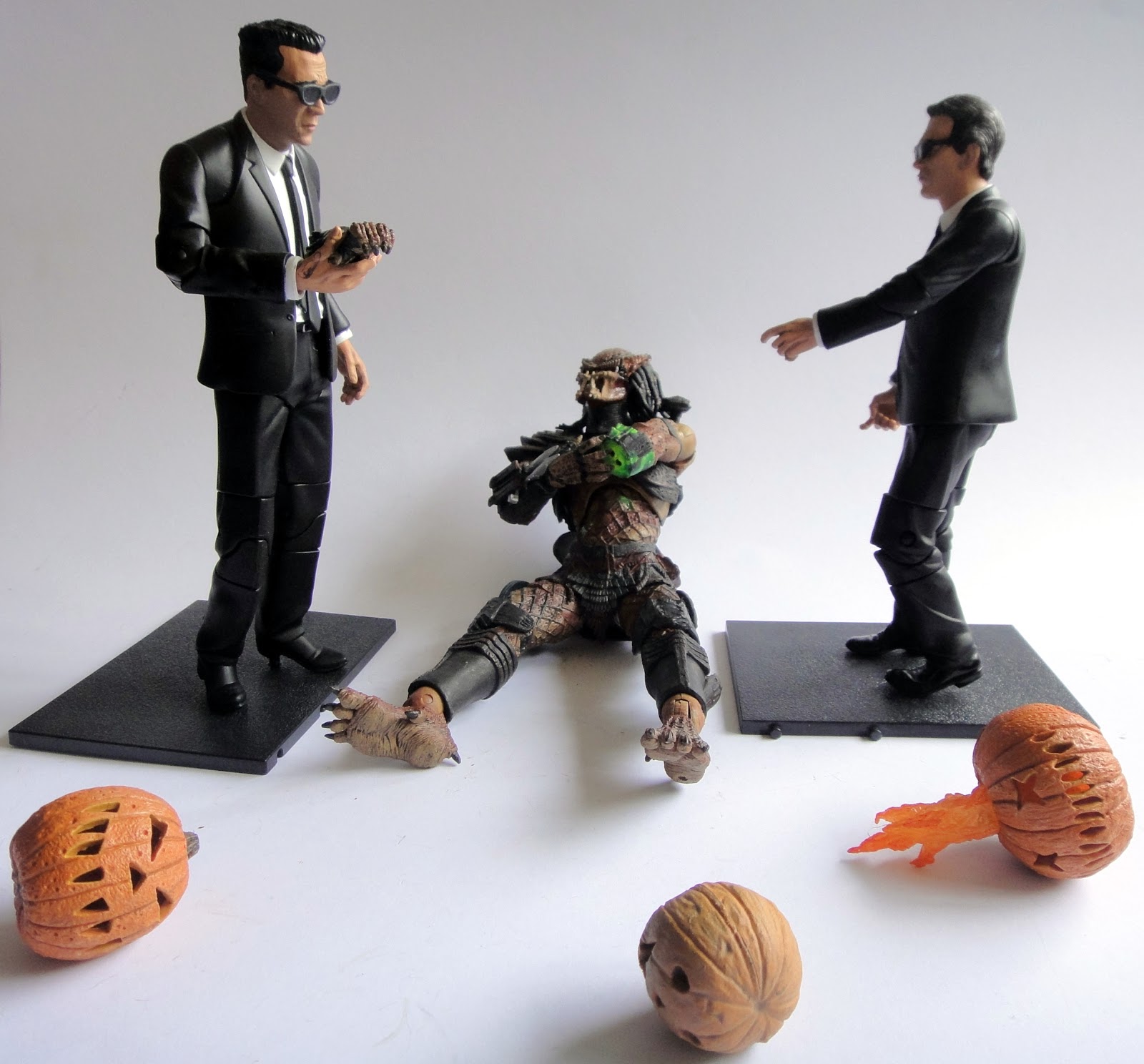 Predator: (translated from the Yautja): I'm gonna die! I know it! 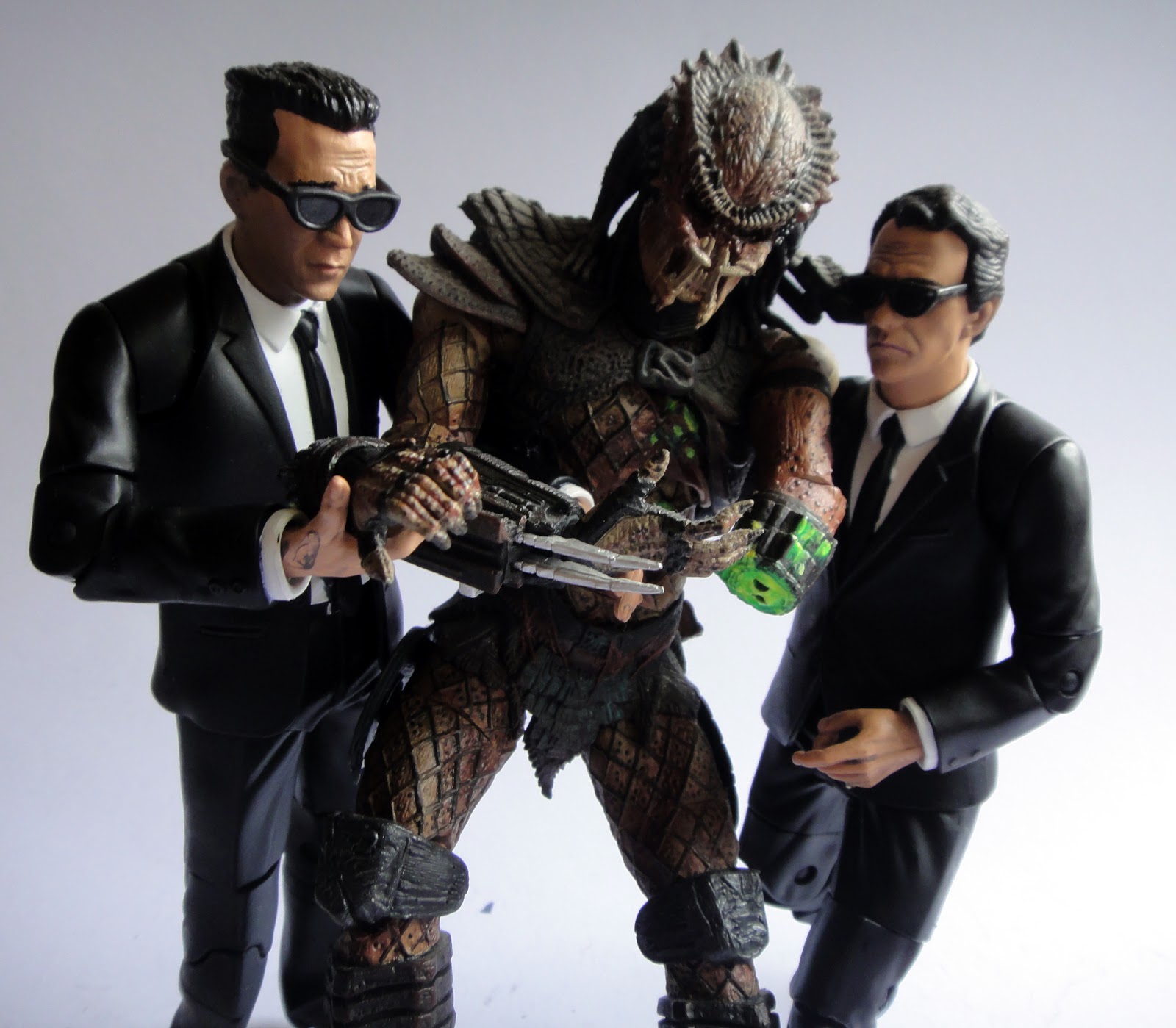 Harvey Keitel: So you admit you don't know what you're talkin' about.

Michael Madsen: I'm having the weirdest Deja Vu and I wasn't even in this scene. We're so Meta in here right now.

Michael Madsen: Am I even here? Are you guys listening to me at all? I'm holding this dude's dismembered hand. Gross.

Michael Madsen: How many times can you say tough guy? Like, seriously?

Michael Madsen: Wait - are you censoring yourself? You said "gosh darn" back there and now "freakin'"? What happened to you, Harvey? You used to be edgy. 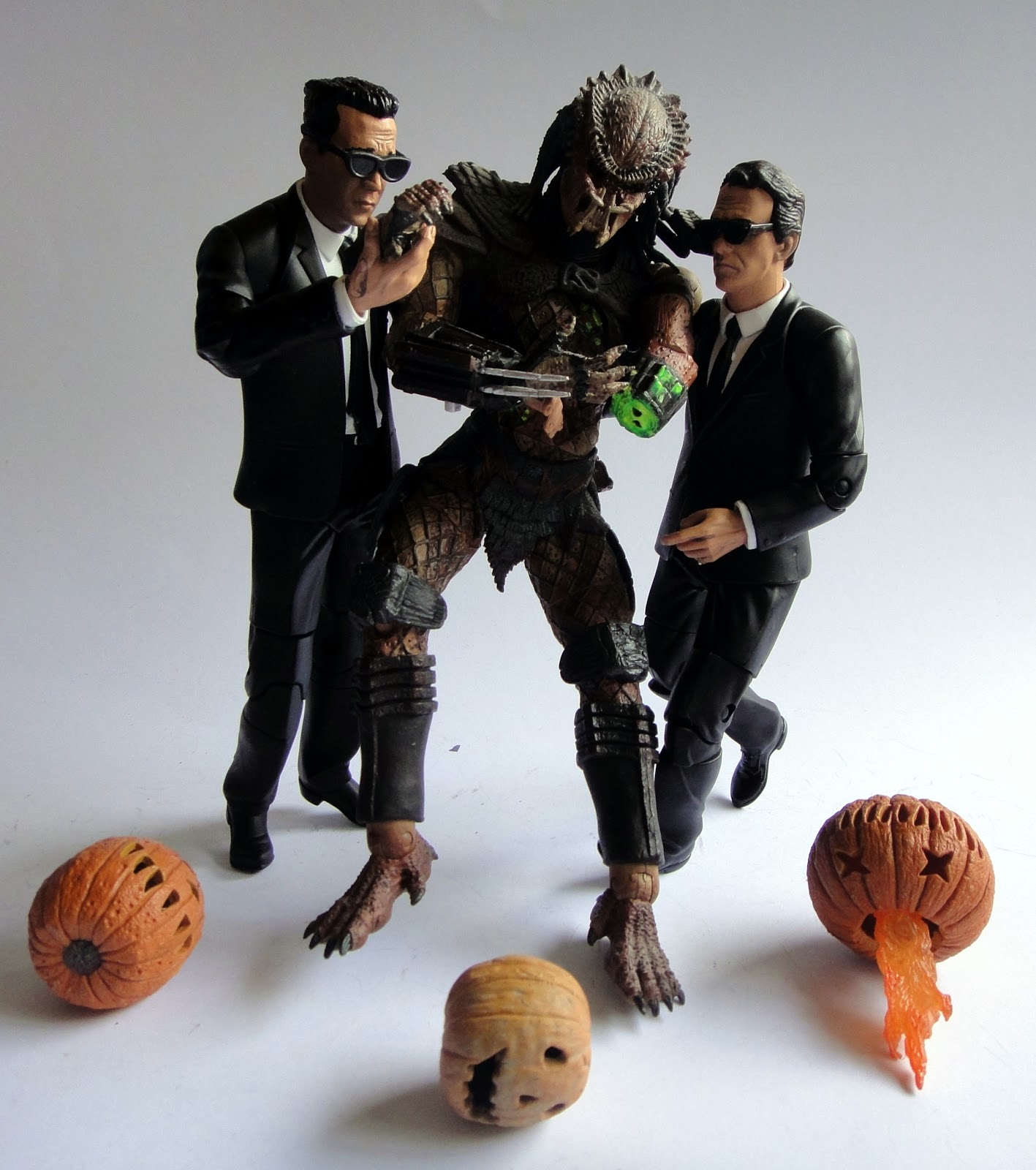 Harvey Keitel: Yeah, sure. You go ahead and be scared. You've been brave enough for one day.

Michael Madsen: Oh boy, are you going to cradle him? We don't have photos for that. Can't we just call an ambulance? I have somewhere to be.  Anyone?

Harvey Keitel: It's not good, no. Listen to me, you're going to be fine. Along with decapitation by a Highlander, getting your hand cut off at a Halloween party because Jason Voorhees wouldn't stop playing Daryl Braithwaite and you called him on it, is the most painful thing that can happen to a fictional character....

Harvey Keitel: ...but it takes a long time to die from it. I'm talkin' days.

Michael Madsen: I am six seconds away from playing Stealer's Wheel, doing a dance and cutting my own ears off, just so I don't have to listen to this anymore.

HAPPY HALLOWEEN EVERYBODY!
Wishing you all a very, very Hoard World Halloween