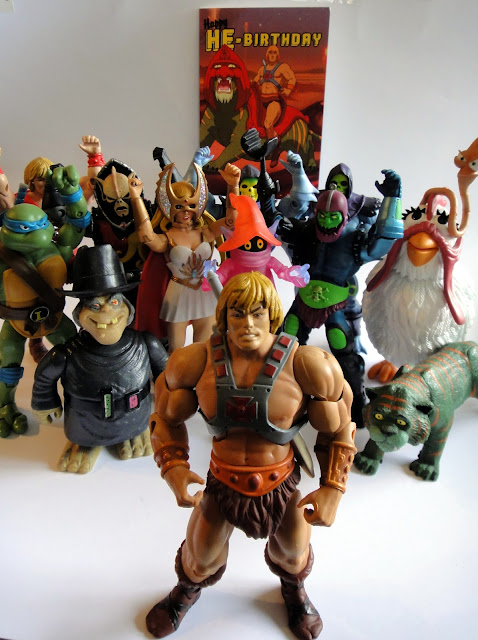 I can still remember the impact that Masters Of The Universe had upon me as a child. Unfortunately, it's almost impossible to articulate because I was so young when it struck me that it feels just like a series of stream-of-consciousness flashbacks. I can remember Alfredo Alcala's amazing art from the minicomics. I can remember how cool it was that Skeletor came from another dimension of people just like him. I remember how mysterious the swords and sorcery mixed with science fiction theme was. 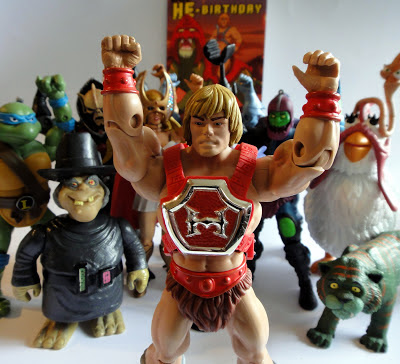 He-man was just some half-naked, muscle-bound barbarian running around to protect this strange, mystical, skull-faced castle in the middle of nowhere that held all the power in the universe. He-man had a big cat that he rode and a handful of allies (Man-at-Arms, Teela, Stratos and The Sorceress -who was pretty much a green version of Teela in her snake armour) and they had to stop Skeletor, Beastman and the other henchmen from getting the other half of the  power sword. Whoever combined the two power swords could open Castle Grayskull's jawbridge and become the Master Of The Universe.

And that was it.

It wasn't very complicated at all but it was just enough to capture the imagination of millions of children worldwide, which translated to a lot of money. With the advent of the Filmation cartoon, a live action film and five more years of action figures it was a billion dollar toy line that has rarely been equalled. 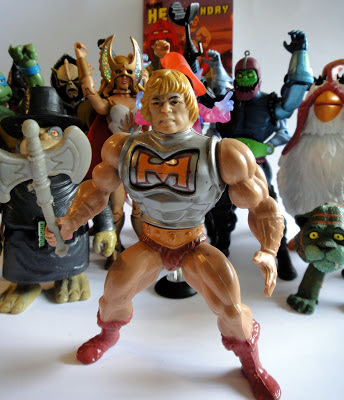 This week, exactly thirty years on, He-man is still here. He has managed to stick around where many of his 80s contemporaries have struggled to even be remembered. What's more is that his fans have aged with him and the interest in him only seems to be picking up momentum with late 2012 and 2013 fast becoming one of the biggest times for He-man since the 80s (or at the very least his 200x relaunch).

But we're not here to do a history of He-man or even look to the future- we're just here to wish him a HAPPY 30th BIRTHDAY.

For a reasonably extensive flashback into Masters Of The Universe and its progression (including its interesting history with Mattel's earlier BIG JIM action figure line and some of the various knock-offs around the same time as well as all the way up to Fuerza-T) you should check out this article over here on Retrojunk.

We've talked about Masters Of The Universe before on Hoard World - if you're new you might like to check out Hordax's discussion about He-man and Warlord, the time that Trap Jaw had a pretty inane chat with himself or our controversial exclusive interview with Scareglow and Skeletor that revealed once and for all Scareglow's DEFINITIVE origin.