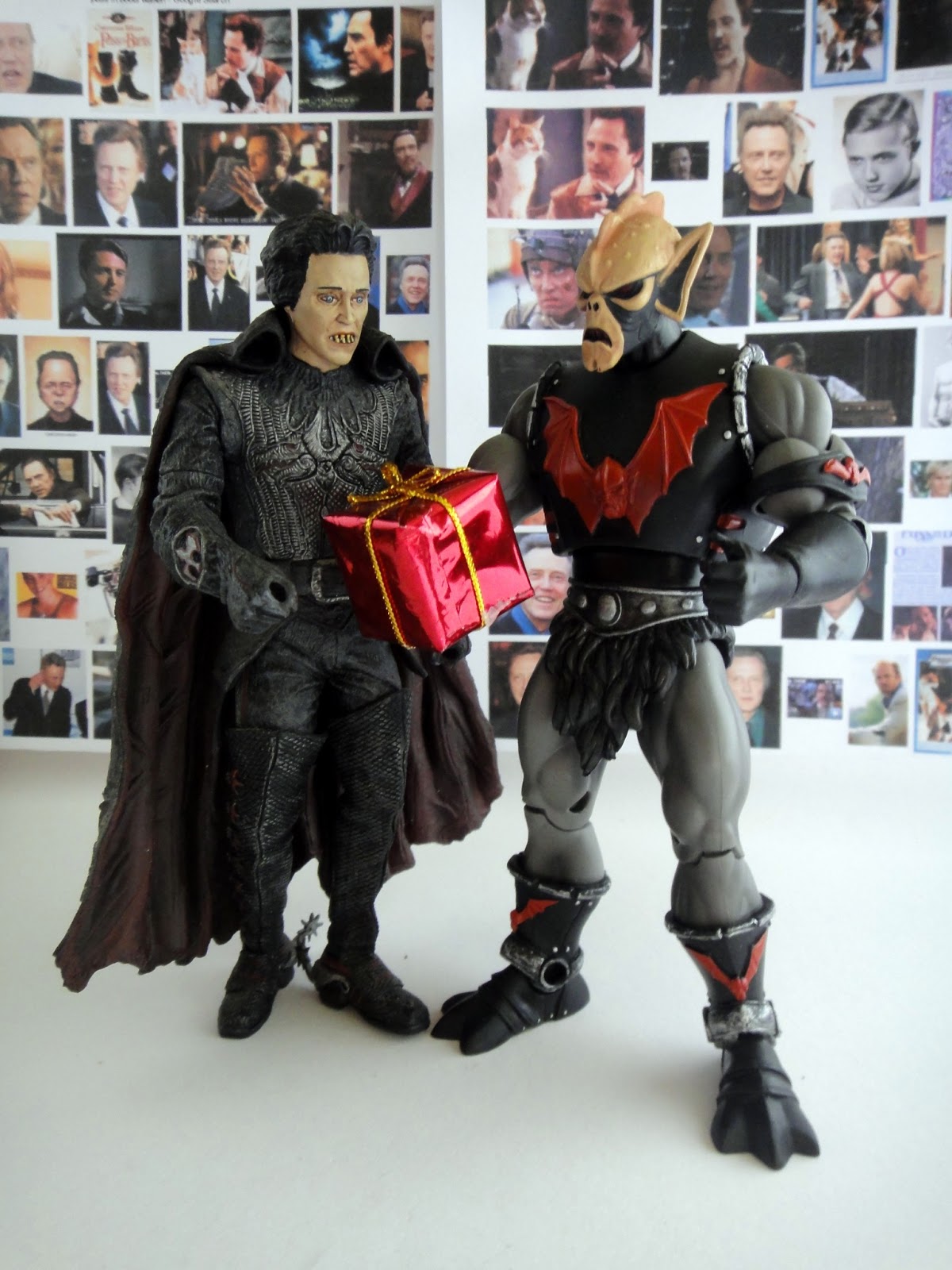 
You might not know this but Christopher Walken is Hoardax's favourite star of stage and screen. On planet Earth, at least. As such, this Walkentastic Milestone was celebrated in true Hoard World style. 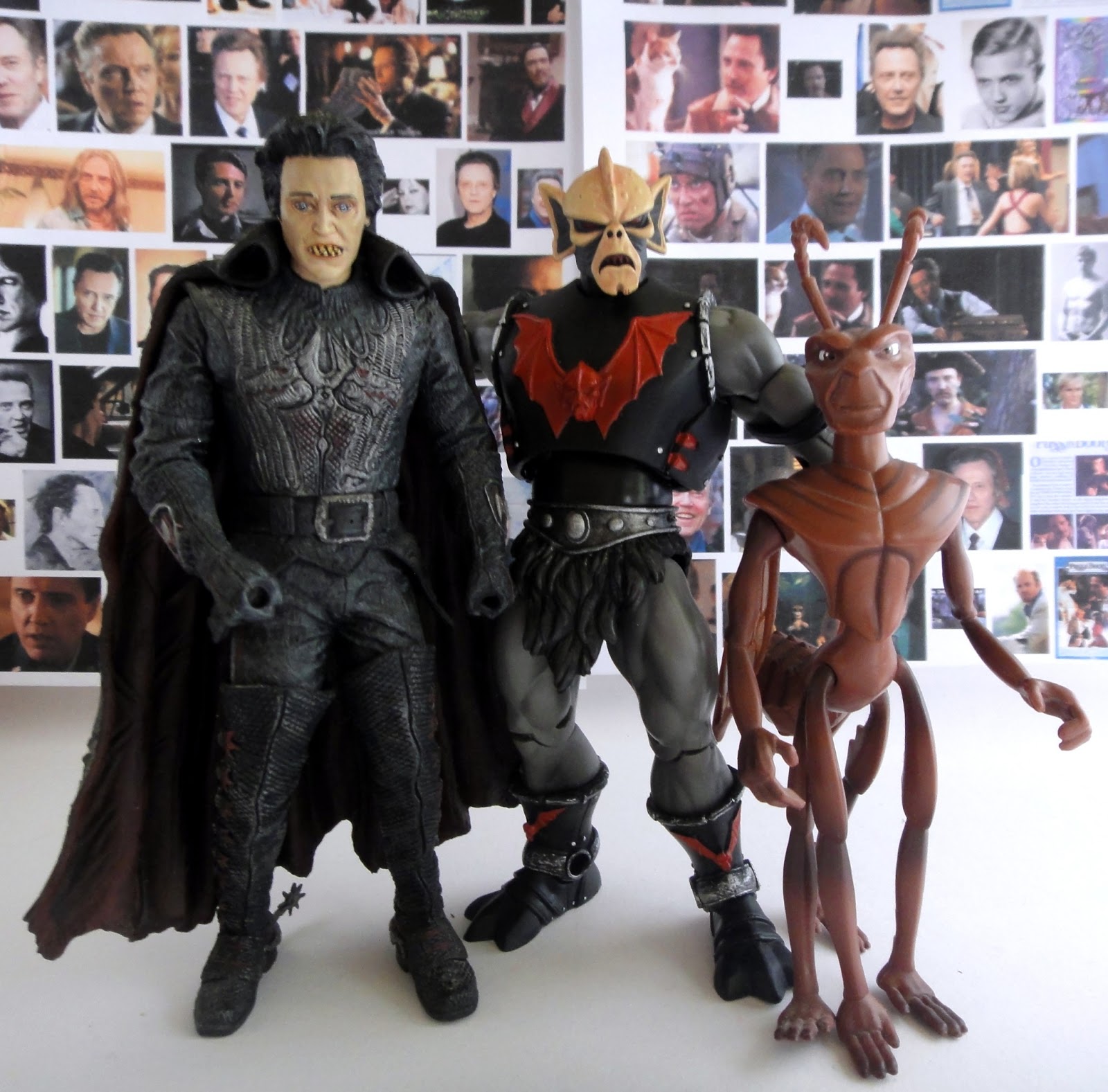 There have only been two mass marketed plastic incarnations of Chris Walken to date. On your left, you have the Headless Horseman from Tim Burton's Sleepy Hollow. And on your right, you have Colonel Cutter whom Walken voiced for the animated film Antz.

Given, the golden age of film accurate figures we've seen over the last fifteen years or so, it's baffling that we haven't seen more Chris Walken figures. I would definitely like to own a Johnny Smith from The Dead Zone. Heck, I'd like to own figures of Walken from just about anything he's been in.

There's been one other plastic incarnation but it was produced in very limited quantities and released via Kid Robot years ago. 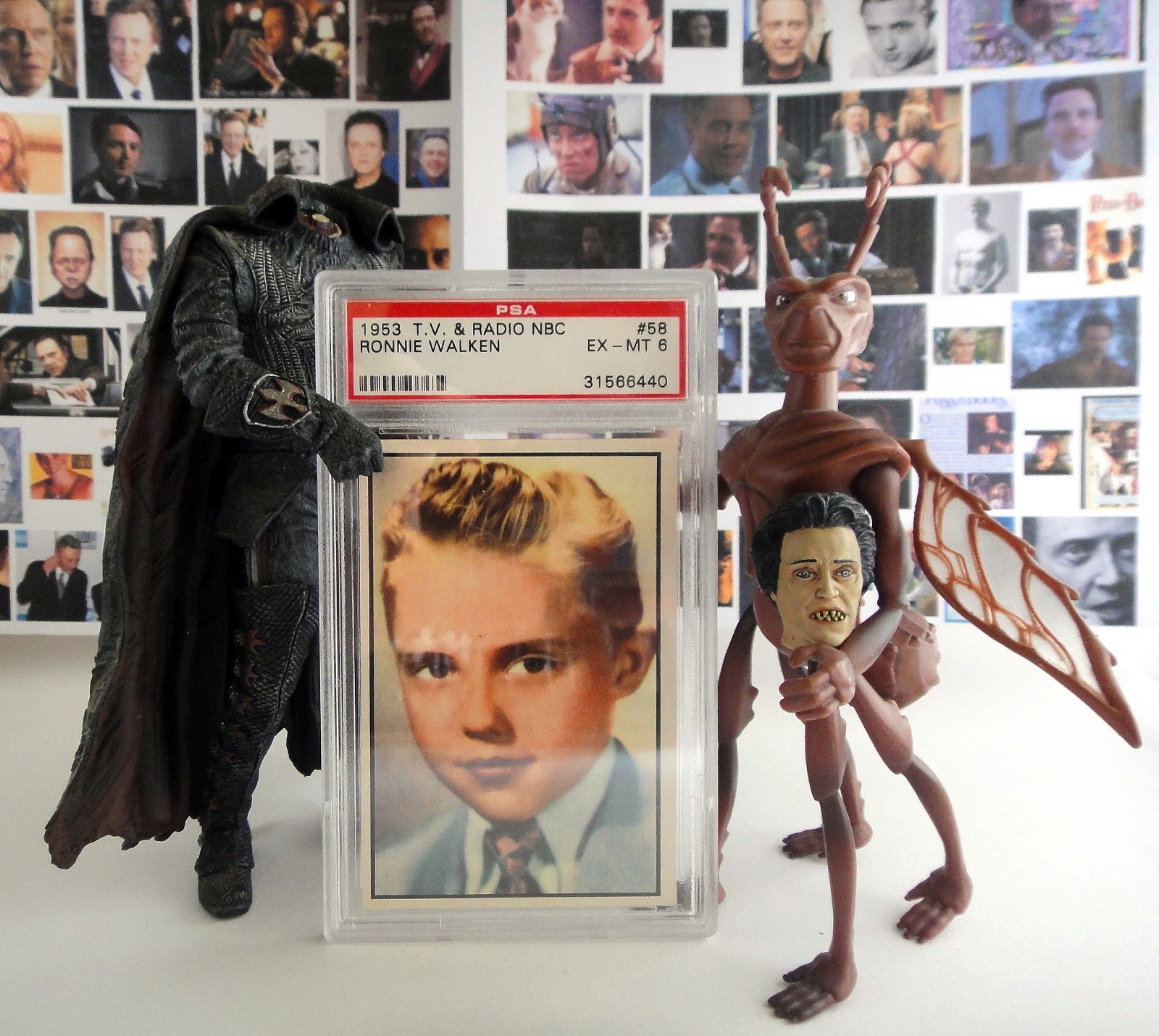 On the back of this Television and Radio Stars Of The National Broadcasting Company trading card from 1953 (pictured) it says:


One of TV's most popular child actors. Got his start as a Harry Conover Model. Has had no formal dramatic training. First play was "Madame Butterfly." Ronnie has been seen on almost every top TV dramatic show. His two brothers, ages 7 and 14, who are also actors. Hobby: science - has his own laboratory. Also loves baseball.

Question: What role does he play on "Wonderful John Acton?" 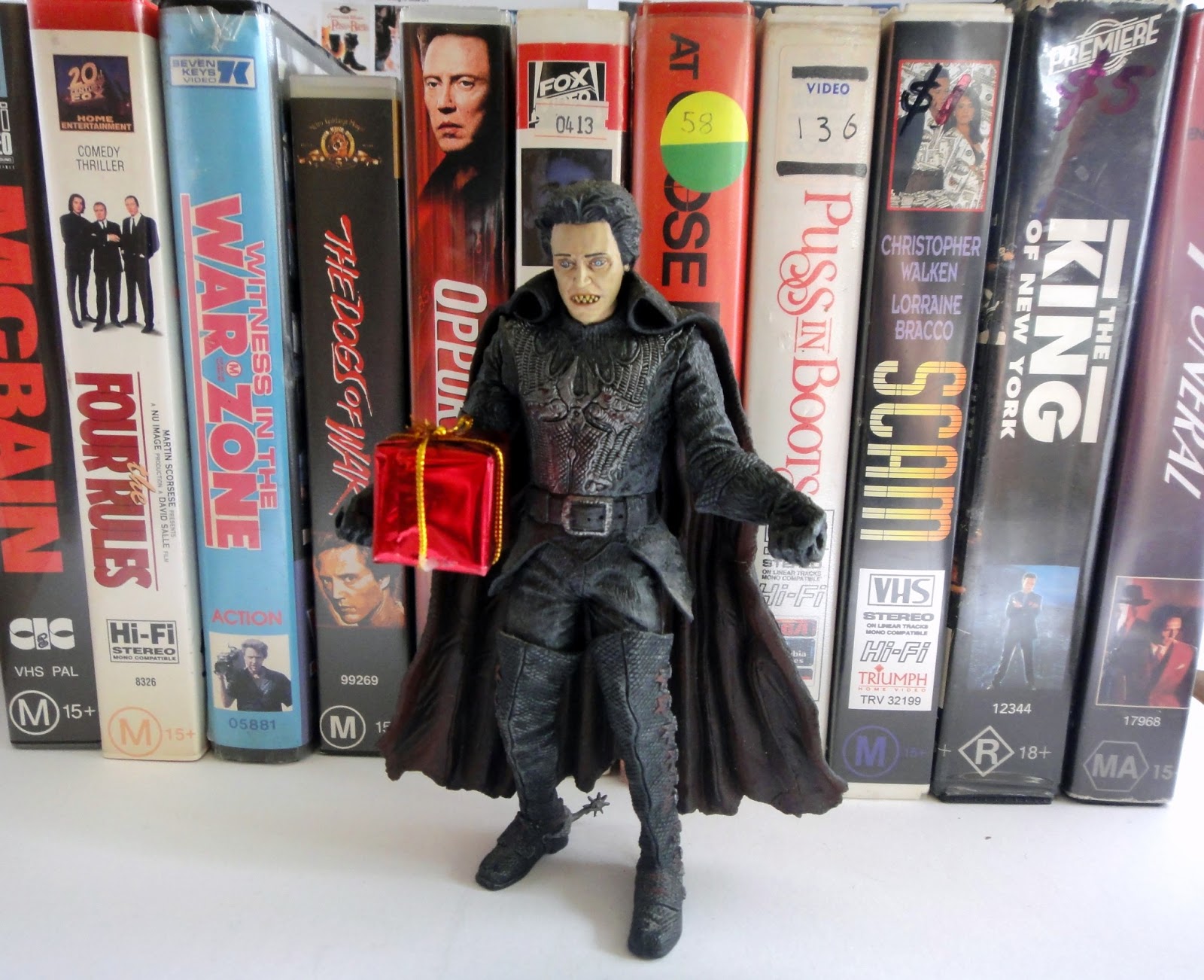 I have just about all of his films that are available on VHS and DVD/Bluray. In my opinion, there's no movie that isn't improved greatly with his appearance. Often, while watching any film, I think to myself, "This would be a lot better if Christopher Walken was in it."

I'm not sure exactly when my obsession started. It began at a young age however, long before he became synonymous with "More Cowbell." Which, has, quite frankly, gotten a bit tired and annoying. Not his performance. That's still great. It's the reaction to it. He has said in interviews that it haunts him everywhere he goes and at his most recent theatrical show, A Behanding In Spokane, people brought cowbells and would use them at curtain call. People make him sign them, even.

Despite being one of the greatest Saturday Night Live hosts of all time, he's so much more than that. 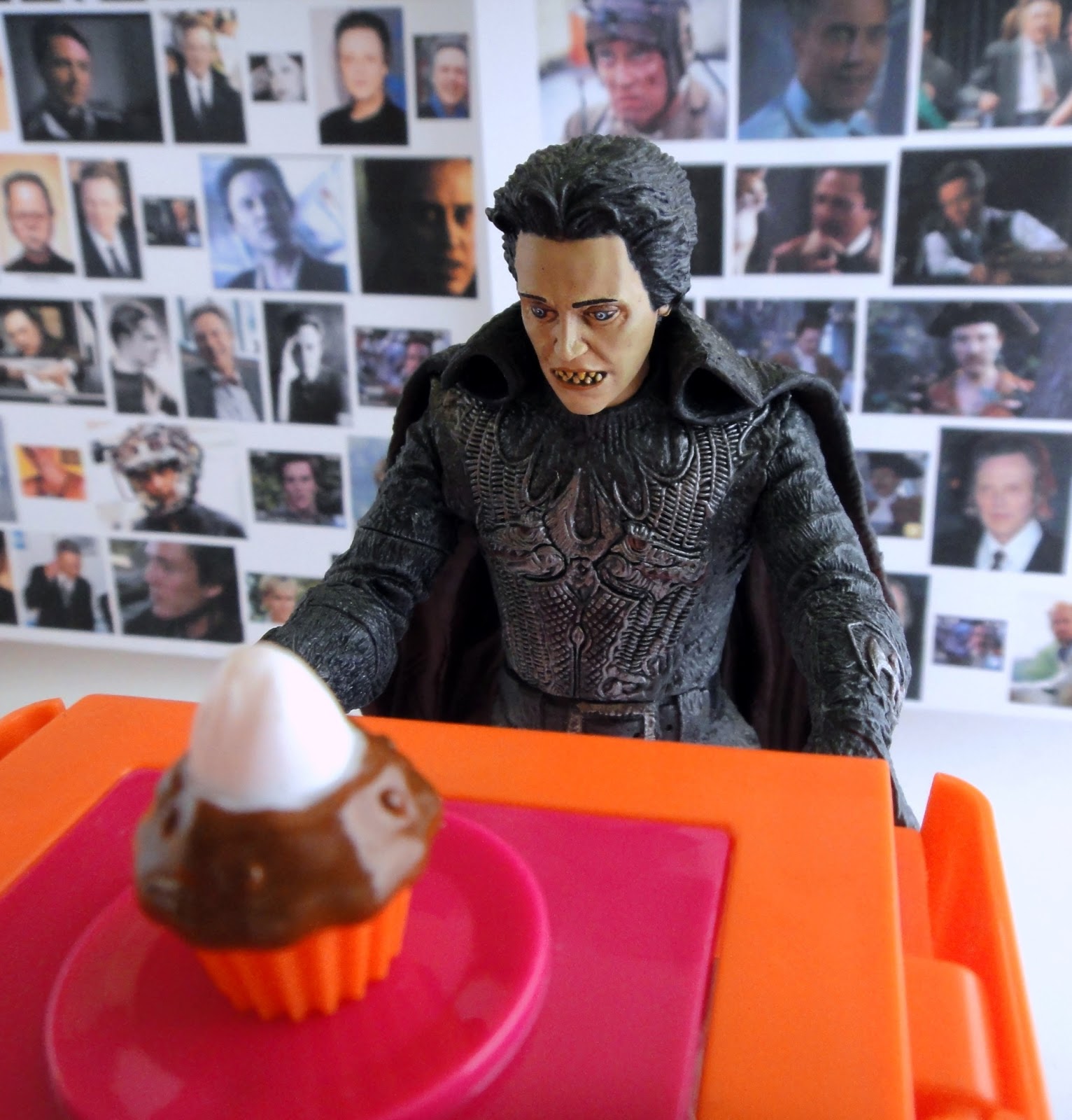 Chris Walken can sing. He can dance. He can sing and dance. He can sing and dance even when he's animated. He can cook. He has awesome hair and does a great moustache. He likes cats so much that he not only wrote the intro to a book on cat care but he actually played one once. He gives good interview. He's hilarious. And of course, he can act. In anything. From Country Bears to Shakespeare.

He's beyond a triple-threat. There is nobody else like him. And there never will be. 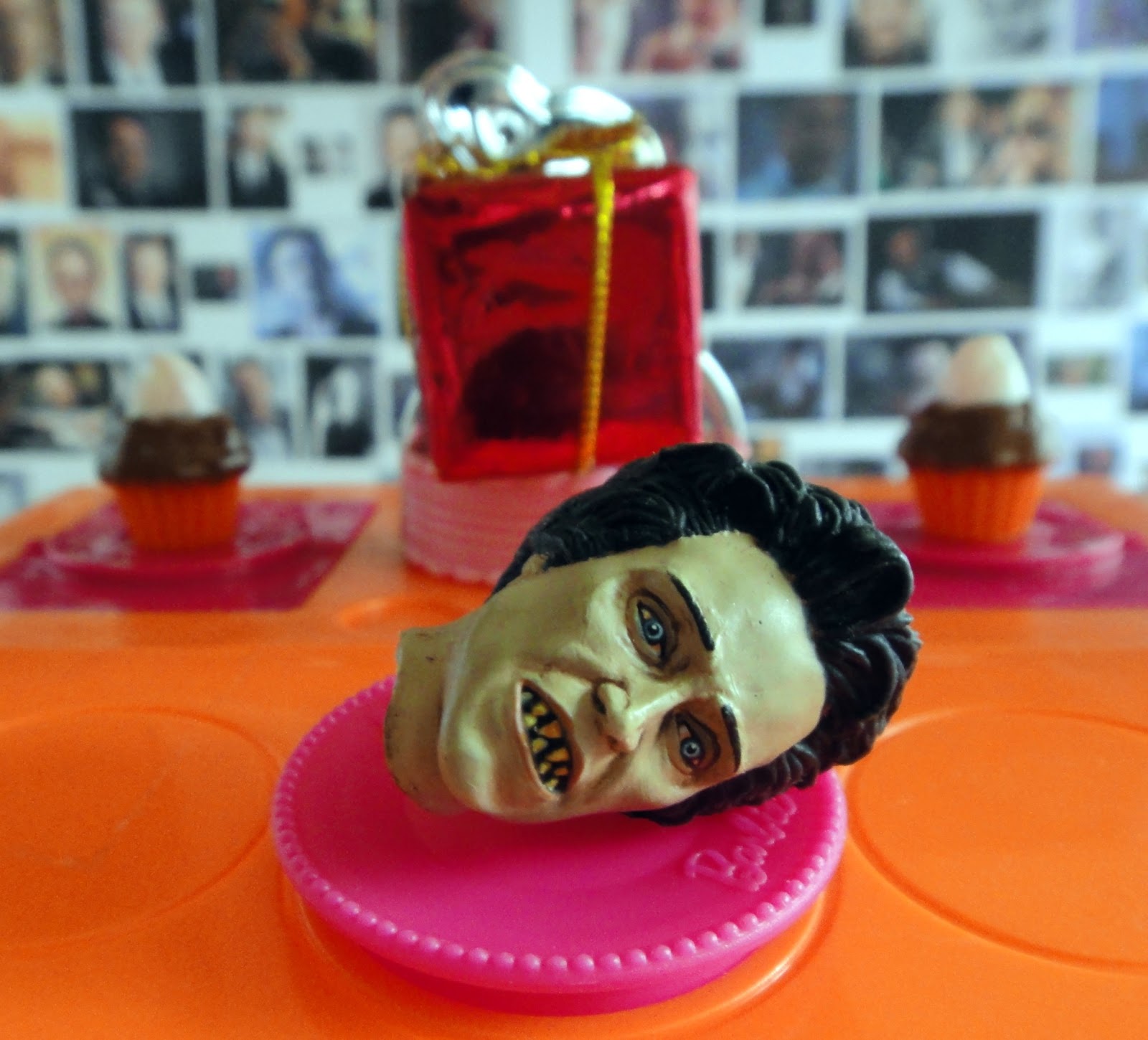