BEHIND THE SCENES OF A HOARD WORLD PHOTO SHOOT: APACHE CHIEF AND HIS SUPER FRIENDS. 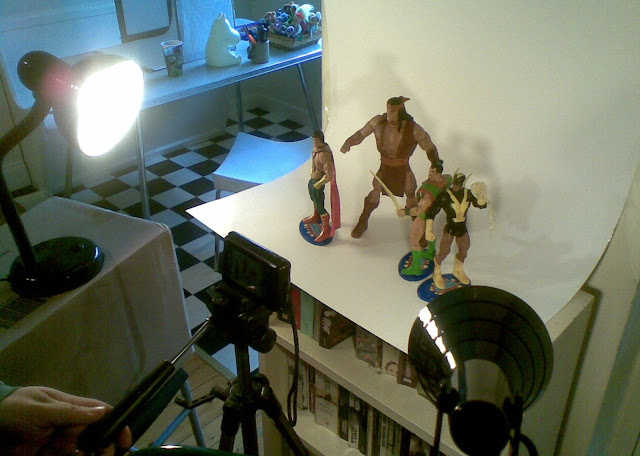 During an extended photo shoot earlier today at Hoard World, Uncle Hoardax managed to snap a couple of behind-the-scenes shots of his official photographer Skorpia hard at work. Being the consummate professional she is, she not only takes most of the pics for the blog and ebay listings but she's also responsible for things like making sure The Apache Chief and his pals were comfortable and looked after for this morning's photo shoot. Whether it was making sure Samurai's green room snacks were all Gluten Free, finding the right lighting for Black Vulcan's short pants or keeping El Dorado's hair piece on his head whenever there was an unexpected draft, Skorpia did it all!


NEXT EPISODE: HOARDAX  TAKES YOU ON A TRIP DOWN HIS OWN MEMORY LANE WHERE THE REAL GHOSTBUSTERS MONSTERS PERFORMED WITH FILMATION'S GHOSTBUSTERS MYSTERIA!