THE REAL GHOSTBUSTERS MONSTERS FIGURES AND MYSTERIA FROM FILMATION'S GHOSTBUSTERS WERE AN EARLY 90s MUSIC GROUP?!?!? 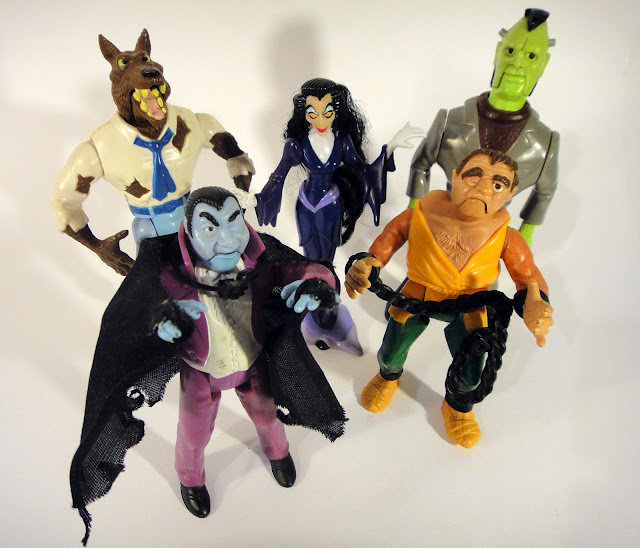 So when I was just a Hoardling, I had a few toys. Just so you know, in case it wasn't obvious to you already from the story so far. I was by no means one of those rich kids whose house you went to and they had EVERYTHING but, I reckon I did alright. Heck, I didn't do much of anything else. My life was going to school, taping things off the television, reading books and playing with my toys. I never got into any of your bourgeois sports! Although, I must admit I had a soft spot for ten-pin bowling, table tennis and pool because I'd seen the adult Hoarders do it. You gotta get to 'em while they're young.

I could write tens of thousands of pages on the sorts of games I used to play with my toys and, maybe I will. But when I found one particular posse in my collection last week, I remembered something that I'd known was bizarre, even at the time.

The Real Ghostbusters line of toys by Kenner were short on characters to begin with but towards the end of the line they were really stretching it. I've read other blogs like this one here that have already done a decent job of pointing that out. I personally was a big fan of the toys of the evil Granny Ghost (it was both relevant and terrifying), The Bum-licker Toilet Ghost (I'm sure it's not actually called that) and Quasimodo. Not having had the first two even though I lusted after them, my nostalgia for them ends right there. But I had The Hunchback.

Oh yes, I had The Hunchback.

The Hunchback and most of his friends. And I LOVED them.
They were based on Universal Monsters (the Dracula even looked like Bela Lugosi) and when you pinched their legs together they had an action feature. 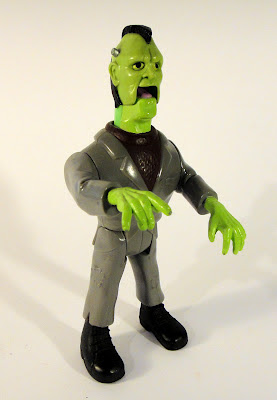 But I never played with them in the way that you'd think.

As a Hoardling growing up I was also obsessed with Morticia Addams and Elvira. I don't want to out myself here but they were probably my first big crushes that weren't Wonder Woman or Evil Lyn or Debbie - my Aunty's friend (childhood photo of me and her COMING SOON. She bought me an awesome Pepsi Truck. I would use my Fozzie Bear puppet to woo her. It didn't take).

So given these Addams Family and horror hostess based obsessions, it was sad for me that I never had a figure of some kind. That was until Filmation's Ghostbusters came out with the character of Mysteria - who was a total rip-off.

And finally, my band line-up was complete.

Now, I couldn't tell you how this started and it couldn't have lasted for THAT long but one Saturday morning during an episode of Video Hits I decided that the music videos just weren't cutting it.The music needed something else.

It needed Frankenstein's Monster, The Wolfman, The Hunchback, Count Dracula and Mysteria to be miming along.

.....probably most of  the running time of Video Hits (which was usually three hours).

Naturally, the Kenner figures were perfectly suited to miming songs because all their mouths opened and closed when you squeezed their legs together.

But you know what? I was just a young Hoardling. What's wrong with that? Kids play with toys.

The weird thing was the song choices. Now this is going to both age me and possibly prove I was slightly too old to be doing this but it's necessary to this tale.

I VIVIDLY remember doing these songs in particular:

Yep. And now you know. 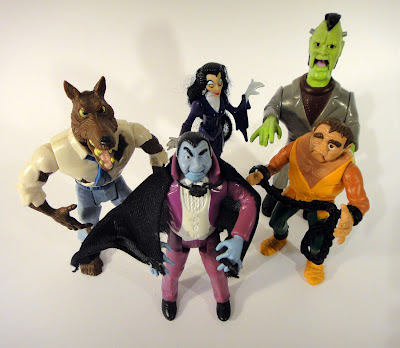 Now that we have the internet and YouTube video capabilities, perhaps we should force Hoardax to re-enact some of these music videos? We know he still has the action figures for it! If we get enough votes....