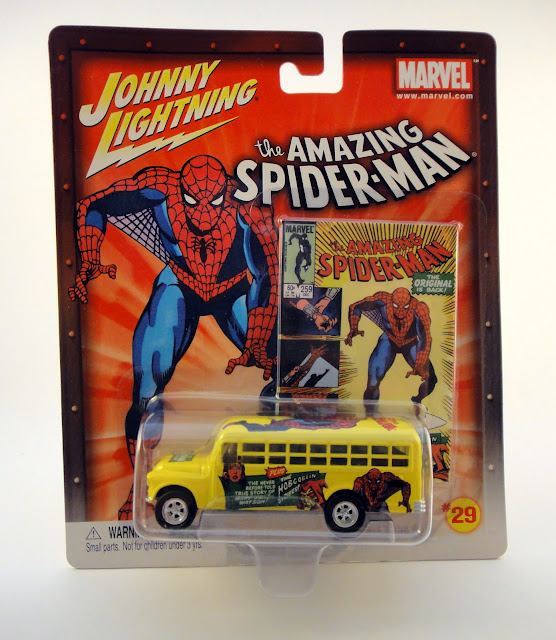 Johnny Lightning were kinda like Mattel's Hot Wheels except not as popular. They were out of business by 1971 while Hot Wheels continued to thrive. One thing they did have over Hot Wheels however was that they were FAST.

To paraphrase one of the catchphrases of the major motion picture Action Jackson, if I may - Johnny Lightning cars were, "Fast. Faster. Fastest."

Or at least that was their claim to fame.

According to an article from Sports Illustrated May 1970, Johnny Lightning's creators Topper Toys stated that, "...the first Johnny Lightnings could achieve scale speeds of 400 MPH. The secret was their wheel construction. The wheels are made of Celcon and hung on straight axles."

The article goes on to say that, "This year Topper refined the wheels even more and improved the actuator, boosting the scale speed to an asserted 1,500 MPH."

(For your reading pleasure, here is the Sports Illustrated reprinted here - despite the difficult formatting this article also has the very interesting origin story of Mattel) 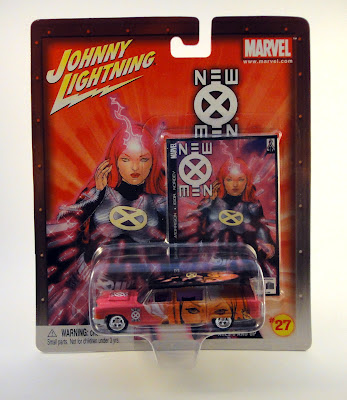 The "actuator" technology was to mold in a small hook under the front axle so that the cars were propelled by a lever-driven catapult. These would allow for speeds that were far faster than any that could be obtained by either gravity, or battery powered "supercharger" devices. (source: wikipedia page)

"In as much as the actuator is hand operated," Topper Toys said, "Johnny Lightning races are won by skill."

Within two years of that article, it was all over for Johnny Lightning.

Cut to 1994 and a company called Playing Mantis (run by a guy called Tom Lowe) buys the rights to the Johnny Lightning license and starts production on the line again. Starting with reproductions of the original 1960s cars.

Then we have these bizarre cross-overs like the Johnny Lightning Marvel Comics Covers Cars. That's quite a tongue twister. 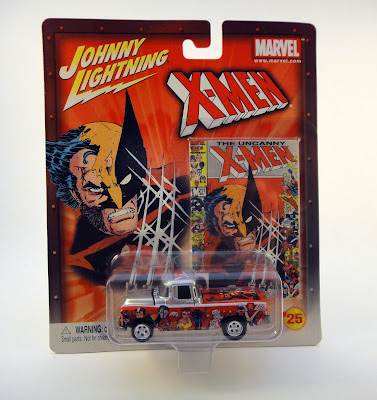 I'm quite into them but I'm often perplexed as to how things like this even come about. It's a little incongruous at times.

Well, a little bit, BUT only because they went and made one. Otherwise I never would have thought of such a thing.

Not in a million years.

Without doing a decent google search, info on exactly how many Marvel releases in this series are floating around out there is sketchy at best.

But judging by the back covers of the ones that I've had, they did at least four waves that covered a total of 42  cars. 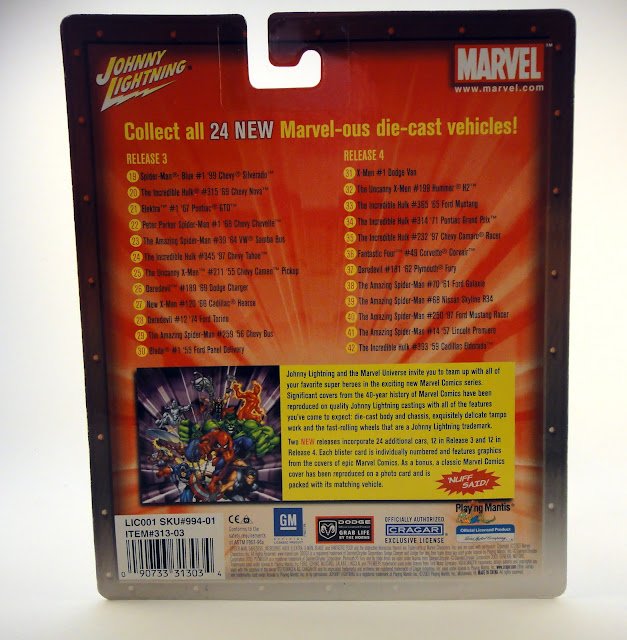 And there you have it.

If you already knew about this stuff, I hope maybe you learnt some more.

If you never knew these existed, I hope you learnt.

If you're interested in what Johnny Lightning are up to these days, you should go here

And if this flashback to the recent past of Marvel licensed curiosities has wet your appetite to actually own some of these puppies then you should take a trip to Hoard World.  STAT!

As always, I live to serve you: The people of Earth. 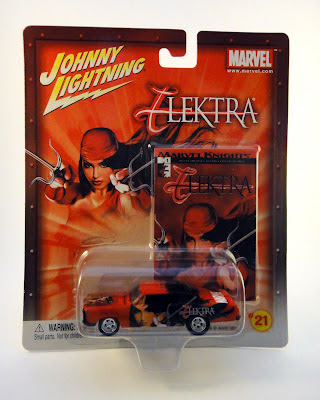 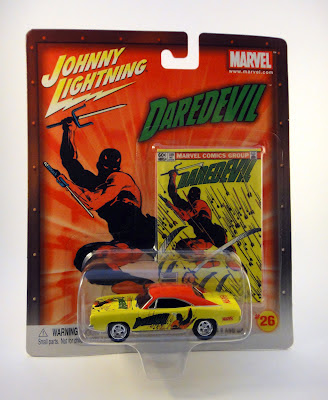