HOARDSMAS SEASONS GREETINGS 2013 aka THE HOARD IS FAMILY!

Disclaimer: HOARD WORLD does not promote, condone or encourage any of the alcohol varieties that appear in the following photos. Please drink responsibly.

You should know that HOARDSMAS isn't Christmas.

Sure, it has a tree.

And yes, it sometimes has wrapping paper that might even say 'Christmas' on it. This is also true.

And it is predominantly about giving and receiving gifts and celebrating with foods and beverages.

However, the previously mentioned similarities are where HOARDSMAS and Christmas part ways and completely separate. They're so absolutely, irrevocably estranged, they don't even phone each other on their birthday.

For starters, nobody remembers what day it's on. They remember it's kinda around Christmas. This works when it pans out. Like last year. When HOARDSMAS was on Christmas Day. This year, not so much.

One thing is certain, however, HOARDSMAS brings people together.

It has the power to make new family for those without family. That's kinda how it played out this year. 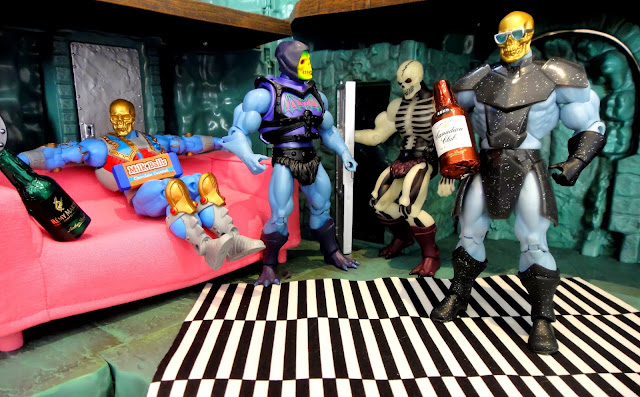 The biggest problem with this year's HOARDSMAS party (apart from being held on December 27th just to mess with people) is that nobody knew where the toilet was. ScareGlow improvised, but the residents of the dungeon were NOT. HAPPY.

Luckily for posterity, The Fearless Photog was around shooting snaps (as seen in the picture before last)

Here's a handful of those snaps. 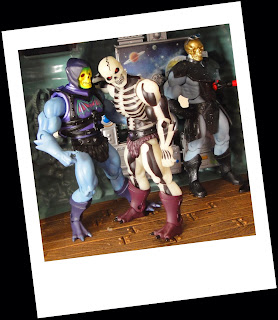 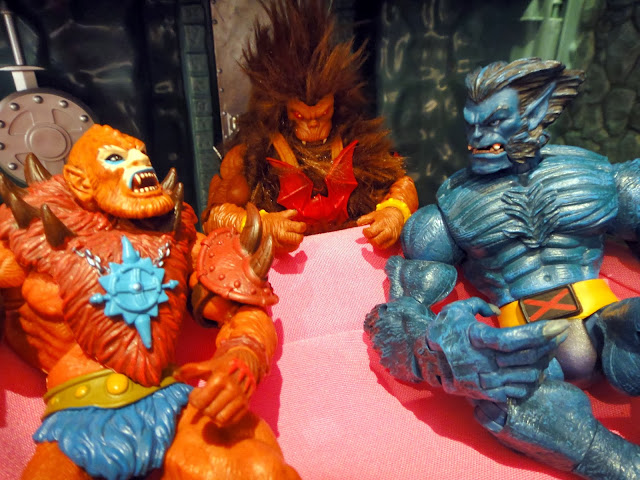 The best part about HOARDSMAS is catching up with old pals and relatives. The Beast, Beastman and Grizzlor hadn't been in a room together since 1986 until this photo. Beastman still owed Grizzlor $70 (adjusted for inflation) but was hoping he'd forgotten. 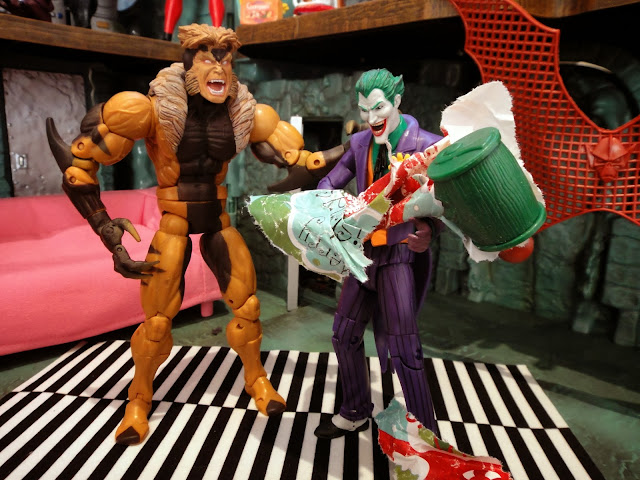 The Joker was over the moon that Sabretooth had gotten him a new green mallet for HOARDSMAS. You can't even begin to imagine how many of those The Joker goes through in any given year. It's a lot 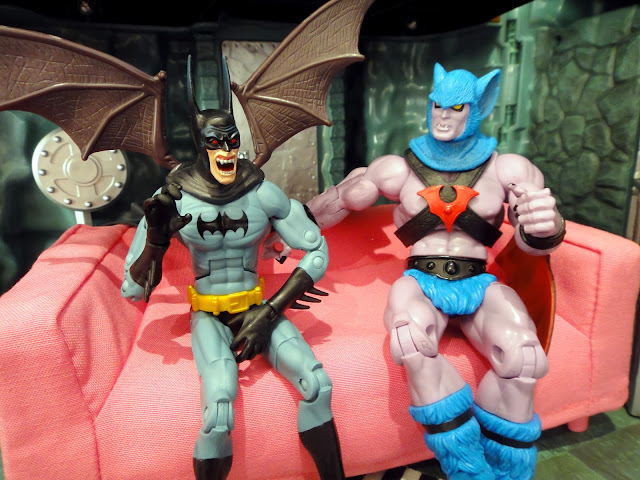 Batros-Batros Ghali even made a new friend on HOARDSMAS Day. Turns out these guys had a lot in common. They exchanged handy hints, a few viles of human blood and flight plans.

No matter where you're from, no matter what you believe, you are somebody. And you matter. And whether you have a family or friends or not - there are always others like you.

Find those people. Keep them close. And don't let them go.

The Hoard is family.

Maybe you'll be lucky like me and end up with the best HOARDSMAS present of all time: 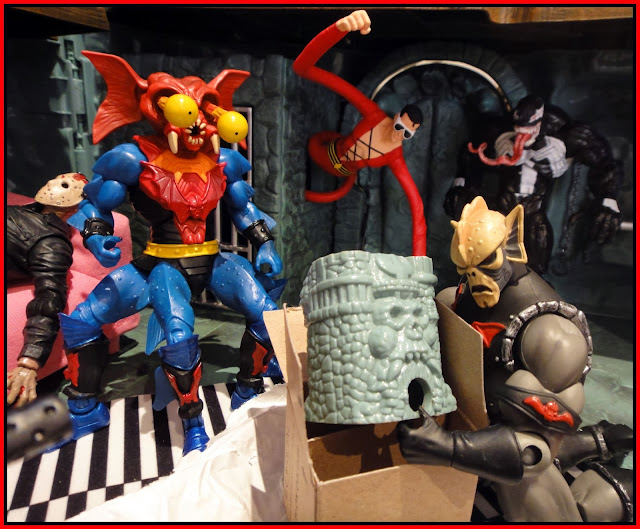 This post is dedicated to my Great Aunty Maureen Vera.
You'll never read this but you'll always be my family. I'll always be your little man.
Posted by Hoard World at 02:38