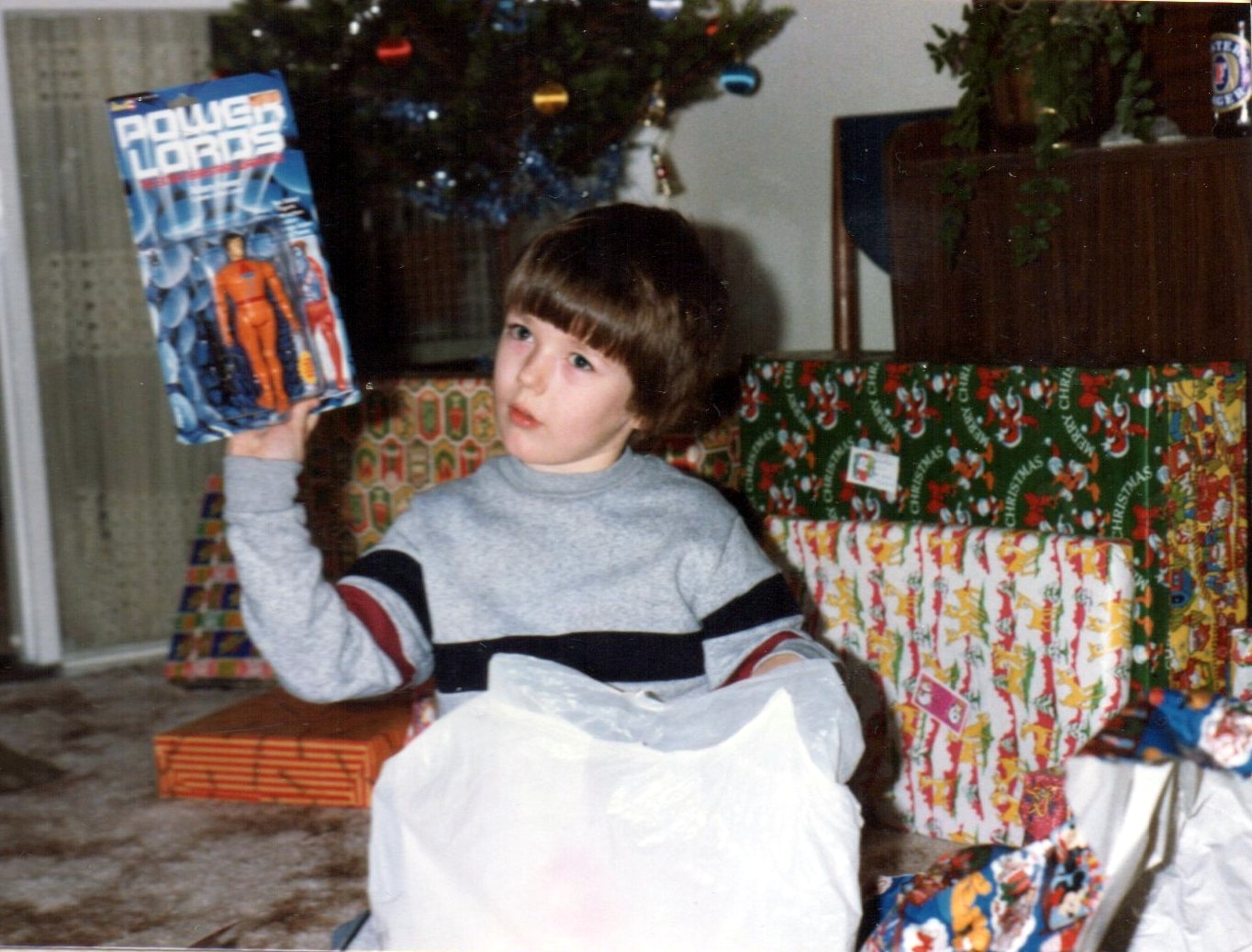 On the 12th day of Hoardsmas, my pal Hoardax showed to me:

A scanned-in photo of the distant past.

Sing it! Sing along now if you know the words!

Welcome to the Virtual Toy Chest Of Hoardsmas Past.

As regular Hoard Worlders will duly note, Hoardax is a creature of mystery. Rarely seen in public and more recently, barely even seen ONLINE - only a select few of the legions of Hoard Worlders worldwide even know what Hoardax looks like to the naked eye!

To preserve his identity, we had considered using state of the art photo-editing technology to alter Hoardax's childhood face or perhaps replace it with a cartoon version of  Hordak who was 15% different to avoid copyright, but NO!

Effort that could be better spent talking about the POWER LORDS.

The following passage was taken straight from his upcoming, as-yet unfinished memoir I've Collected Toys My Entire Life And All I Got Is This Ridiculous Amount Of Stuff Everywhere AND This Stupid T-shirt. Due Summer 2056! Look for it in all good book stores if they still exist!

I can still remember the first time I saw Adam Power.

Heck, I have a photo of me the first time I ever saw Adam Power just in case I forget.

The facial expression on me in that photo, as a Hoardling on Christmas Day, said it all, didn't it?

And to be honest, I'm not sure I know today.

Obviously, having your own weekly half-hour animated toy commercial went a long way towards kids of the 1980s knowing what you were all about, or that you even existed.

That comic book ad (pictured) is just about the only advertising I ever recall seeing for them.

Sure, The Power Lords also had their very own DC comic that I've never bothered to read properly, just like Masters Of The Universe did, but unsurprisingly that somehow wasn't enough.

They also had a board game, a video game, jigsaw puzzles, colouring books (available to be re-printed at that link!) and even WIND-UP WALKERS (?!?!?!), but they didn't quite do the trick either. 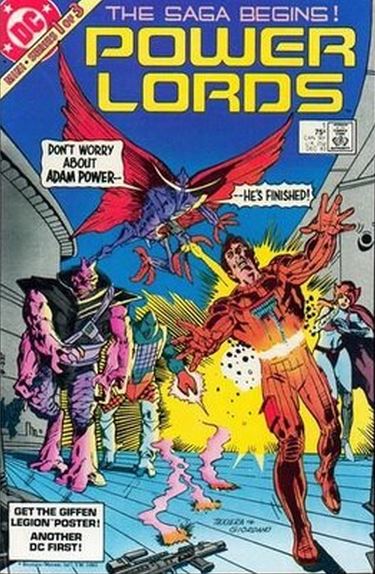 The comic was illustrated by none other than the great Mark Texeira who, amongst other things, was responsible for some of the good MOTU mini-comics that weren't by Alfredo Alcala, as well as the art for my favourite run of Ghost Rider comics in the 90s.

Despite all of this, if you had ever seen the Power Lords, or better yet, actually had some of them, I don't think you could ever forget them. They were a truly memorable action figure line. It should also be noted that the articulation on these guys for 1983 was nothing short of ground-breaking.

Whether you thought they were the lamest thing ever, awesome in a way you don't even really understand and have trouble articulating or completely terrifying due to the character designs of Wayne Barlowe, they made their impact. Even if they were Nobody Else's Favourites, they remain one of mine.

Personally, I was absolutely fascinated by Adam Power. I'd love to have a carded one again just so I could re-enact my childhood photo.

I only ever had Adam Power and Arkus the winged, purple insect man with red pincers (who was the main villain from what I can tell).

I loved Adam Power and Arkus. And while I don't think on Christmas Day or any day after that, I played with them within the context of their toy line's story, I don't think a day went by that I didn't involve them in some sort of adventure. Whether they were hanging out with He-man or fighting Ninja Turtles, they were always around.

Decades later, I picked up a second hand action figure at a now defunct toy store.

I had no idea what he was but I was similarly fascinated and I knew I had to have him.

It later turned out that he was a Power Lord. It was Sydot.

It wasn't even nostalgia that drew me to him. DECADES later, an unknown Power Lord still appealed to me as an adult even in the newer toy era of highly detailed figures and 40 points of articulation!

Adam Power also had an AWESOME gun which you can see, along with Arkus and Sydot at one of the definitive online visual guides for many beloved action figure lines located right HERE.

No matter what you think of them, or even if you've never heard of them, they will always be timeless to me.

According to this mysterious website the Power Lords are apparently RETURNING on the 21st December 2012, in a bit over a week from now, just in time for the "End of the World."

I hope I get to see a new Power Lords figure before we all blow up.

UPDATE 22/12: As predicted by that mysterious website the POWER LORDS are indeed returning!!!! But it's better than you could have possibly imagined!!! Not only have THE FOUR HORSEMEN got the Power Lords license but their original, genius designer Wayne Douglas Barlowe has been signed on as creative consultant to help bring them back to plastic life! For more details read about it all HERE and keep checking THIS WEBSITE for further updates as they arrive!!

UPDATE 9/2: The 2013 New York Toy Fair prototype reveals for the Four Horsemen's Power Lords are HERE courtesy of the one and only Pixel Dan.

Which POWER LORDS did you have/want as a kid (if any)? Who were/are your favourites?