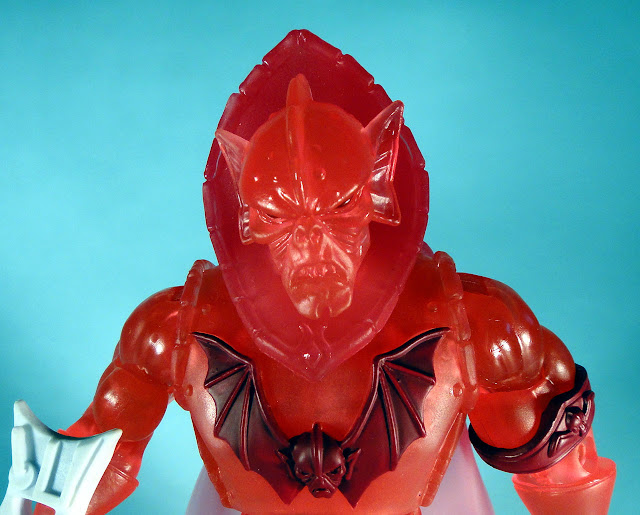 The review included in this blog entry was originally published way back in October 2013 on Poeghostal.com. It was written specifically for Poe Ghostal's site so may contain specific references to the site etc. Due to the age of the article, some of the information contained within may have dated somewhat. For example, obviously since the Spirit of Hordak chase figure came out, we've had Loo-Kee and Kowl as well as the recent Spirit of King Grayskull (Which I still don't have! OMC*). This version contains slightly different wording as well as many new links that were originally removed from the final version by the editor. You can check out the originally published version on Poe Ghostal's site here.

Before we begin this recycled review, I'd just like to pay tribute to one of the greatest illustrators who ever walked the Earth: Mr. Earl Norem. Along with the likes of William George and Alfredo Alcala, Earl Norem was an integral element of the Masters of the Universe mythos in its illustrated form. Aside from MOTU however, he was just an all-round wonderful artist. I was literally only just looking at some of his brilliant work and reading the interview with him in the recent Masters of the Universe Art Book a few days before he passed. Here's some footage of the man himself hanging out with Stan Lee at a con a few years back. Rest in peace, Earl Norem. You will be sorely missed but thankfully your decades of amazing work will be with us for generations to come.


It’s been a big year for Hordak. Not only did we learn, via the contentious DC one-shot comic “The Origin Of Hordak,” that cosmic enforcer Zodac was Hordak's brother, but we found out Hordak’s daughter-by-abduction, the artist formerly known as Force Captain Adora, was the baddest ass of all time, and her name is really Despara – and she loves Daddy so much that she wears a version of his face and kills everybody all the time.

And then, there’s the icing on the cake of contention: The Spirit Of Hordak.

The Spirit Of Hordak (or Ghostdak, as I lovingly refer to him in the privacy of my own lair) is one of the more controversial Masters Of The Universe Classics figures. Unlike previous contenders for the most unpopular figures of the line, like The Mighty Spector or Snake-at-Arms, the gripe most people had with The Spirit Of Hordak had nothing to do with the figure itself.

If, by some bizarre stroke of ironic fate, you’ve been astral-projected somewhere other than planet Earth for the last four months, I’ll briefly explain the deal with Spirit Of Hordak. In an unprecedented move, your pals at Mattycollector decided to attempt bringing back “the thrill of the hunt” to toy collecting by issuing SOH as a surprise chase figure. For an adult collector line that relies on subscription-based and day-of-sale online purchasing, this was no mean feat. They couldn’t just pack one SOH figure in every 78th case and shunt them out into retail stores, close their eyes, and let the games begin. They had to get creative. And that’s when the “fun” of a randomly appearing figure for sale on Mattycollector.com happened. Hijinx ensued.

Thanks to this wonderful Internets Machine, the hijinx have been well-documented, analysed, enthused-over and complained about until the Goobles came home. Poe had the story practically as it happened. This is about as much as I need to say about all of that hubbub, or Hordakgate as it is sometimes referred to. (Funnily enough, in a guest review I did on another site, weeks before SOH had happened, I coined the term Hordakgate – completely out of SOH context mind you. Oooh. Spooky!) 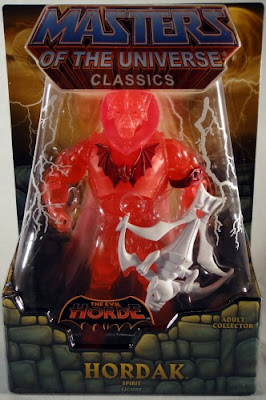 The Spirit Of Hordak, unlike Scareglow (whom for decades it was speculated was literally a ghost of Skeletor), is genuinely supposed to be Hordak's SPIRIT. Well, he's an astral projection of Hordak from the dimension of Despondos at least. Hordak is seen like this in the new-ish MOTUC mini-comic "The Origin Of Skeletor" that came with the Club Eternia 2013 exclusive King He-man.

The bio for SOH is pretty much a summary of that mini-comic.

While I have previously covered King Randor and Mosquitor right here for Poe Ghostal, SOH was a much tougher figure to review. This is because, for all intents and purposes, we've already had this figure, in its entirety, as the regular HORDAK. When looking at a Classics figure, there is often a re-use of parts but SOH is a total re-use of parts. He's about as re-used as you can get.

There are still people out there losing their mind when they see Trap Jaw's legs being re-used, yet again, with various Classics Figures (recent culprits were the SDCC Rokkon & Stonedar), but they have re-used Hordak's everything for SOH. 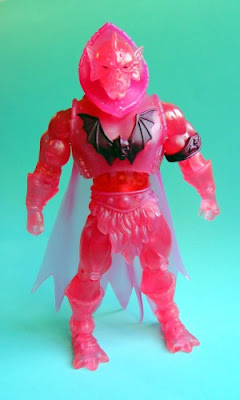 If you have an original MOTUC Hordak figure, then you already kinda have SOH. The only difference is, obviously, that SOH is made out of a translucent red plastic. He has minimal paintwork to speak of: only his dead, red eyes, his arm band and the Horde emblem on his armour are painted. I could imagine if you got a poorly painted SOH that this could be a real deal breaker with the eyes, however, I have yet to see one like that. 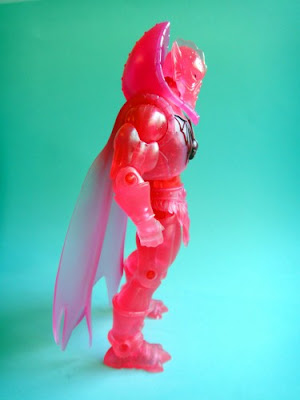 Unsurprisingly, SOH's articulation is also identical to the original MOTUC Hordak. It should be noted that on my SOH, the wrist joints are a bit sticky however. I don't know if this has anything to do with the type of plastic used or not.

Speaking of the translucent red plastic, that is really what makes this theoretically, completely unnecessary variant, absolutely worthwhile to own. I mean, it might just be me, but I love translucent plastic. SOH looks fantastic under lights - you can totally see right through him and make out the ball joints inside his various parts. Even in regular light, you can mostly see into him. This aspect of SOH is incredibly fun. It would have to be, it's his primary selling point. Otherwise, you're just buying a two-colour Hordak variant. 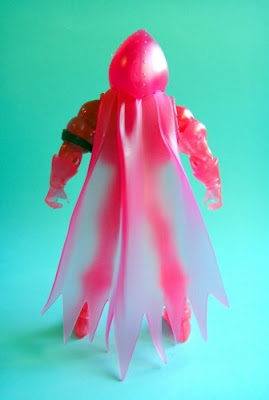 His cape is also translucent; even more so, as you can see in the above shot. One issue with the cape that I've seen on a few SOH figures is some weird, scratchy damage about three quarters up from the bottom on the inside of the cape. However, when comparing it to the original Hordak's cape, you can see it on that as well. This is obviously a pre-existing issue with the molding of Hordak's cape that has been carried across to SOH. You know, because they're the same figure. 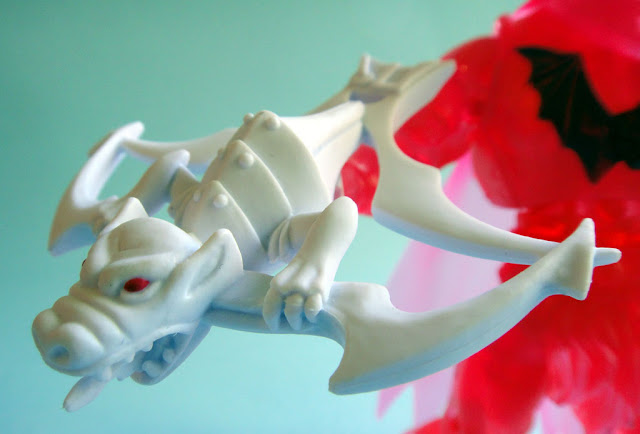 When a MOTUC white Hordak crossbow started turning up as a teaser at conventions, fans speculated that it was for an upcoming Filmation-style Hordak. Alas, it turned out to be for good ol' Ghostdak himself. Although why a Spirit would need a crossbow at all is LUDACRIS if you ask me.

In summation, if you don't like the "thrill of the hunt" during your online shopping, translucent plastic or chase variants of figures you already own, Ghostdak is not for you.

And given that there are apparently fewer of these guys floating around (at least until they turn up everywhere at BIG LOTS for $1.50) compared to a regular release of a MOTUC figure, then perhaps SOH is literally not for you. If you could care less about a Hordak variant but are itching for that white crossbow to make your life complete, then you might as well, right? You only live twice.

I might be biased since I'm fictitiously related to him but, personally, I love him to bits. I make eyes at him daily. What's not to love? Don't even wait for him to reappear on the Mattycollector site, go pay a scalper $7000 on Michael eBay right now.