It's been far too long between pop cultural drinks here on Hoard World.

To be fair, while I frequent the Facey B often, and update The Hoardstagram so regularly that one magnificent Hoard Worlder instituted the catchphrase "Hoard World: Bringing you toy insanity on a daily basis!", I have been rather lax with The Blogging and such.

And golly gee willikers is this a doozy!

For today I bring you TWO fantastic pieces of Toy Art in Part One of our very special Spotlight on Huggingtons Twisted Toys.

Huggingtons Twisted Toys is the brainchild of artist J-F Tranquille (you can check out his new blog that goes behind the scenes of his work HERE) who is based in Melbourne, Australia and has had displays and exhibitions of his art, sculptures and toy creations all over town (most recently, and most often, at the awesome Art Boy Gallery).

All of the independently produced Toys you see in this Spotlight are either available to purchase now (or will be very shortly) from the Huggingtons Twisted Toys Storenvy.

Let's get started, shall we? 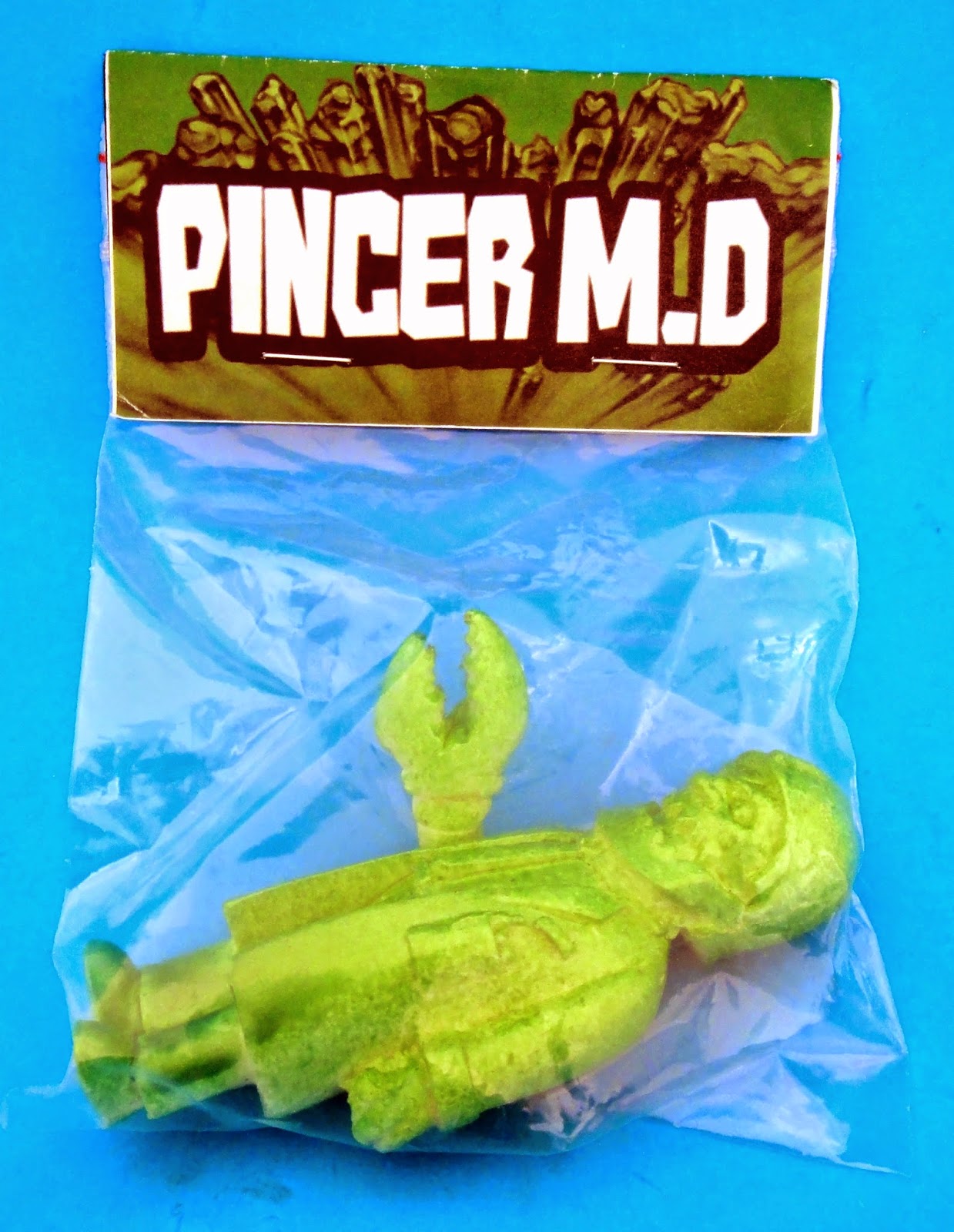 He's a 4" wonder that is quite obviously a genius mash-up between Masters of the Universe's Trap Jaw and Clawful.....wedged onto a Simpsons body.

There's been quite a lot of MOTU mash-ups doing the rounds these past few years from Indie Toy creators yet this feels new somehow. 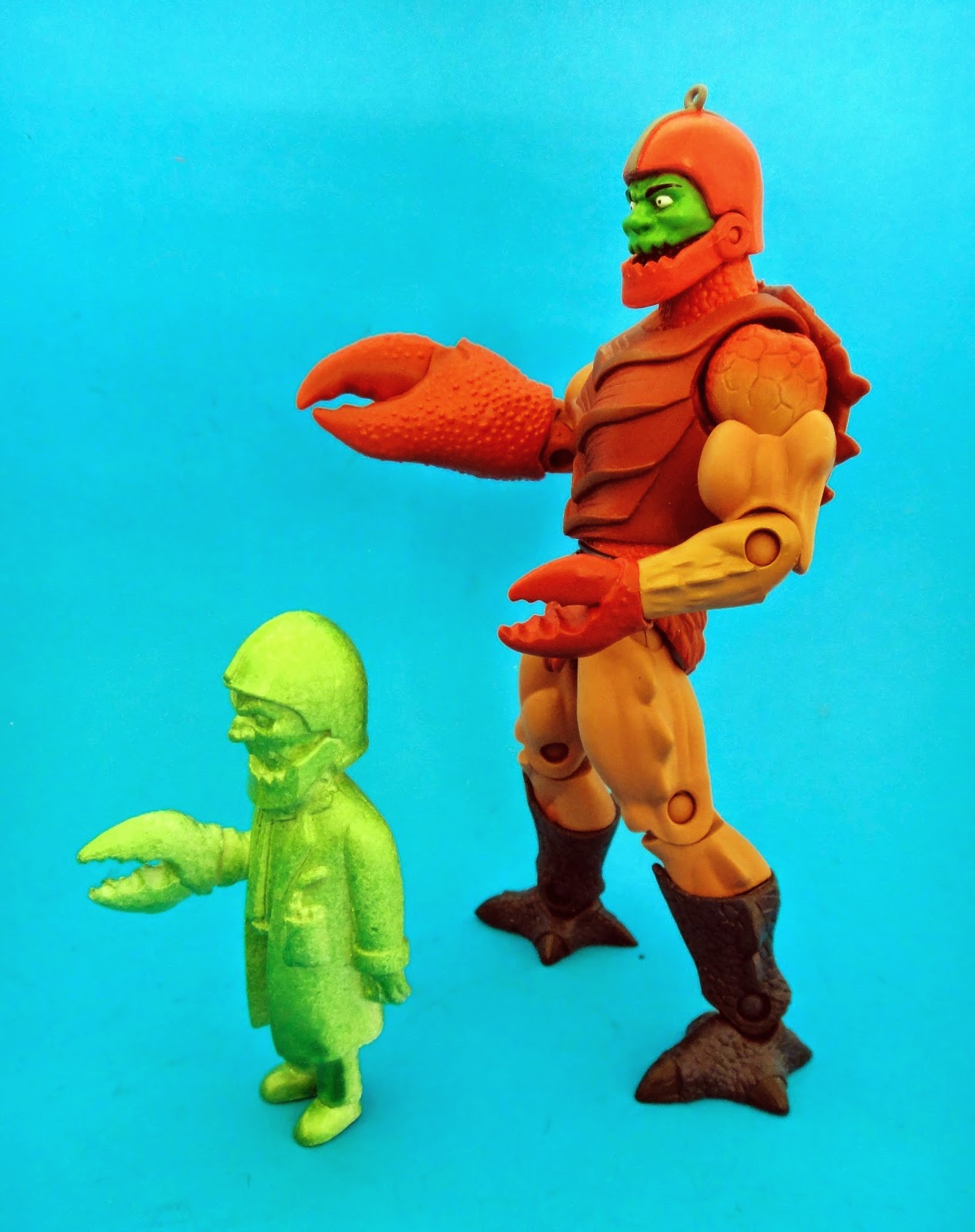 I like everything about Pincer M.D. - right down to his logo design. And he looks wonderful on the shelf. I hope this is the first of many in this style. I hate to admit it, but I kinda want to see some more. 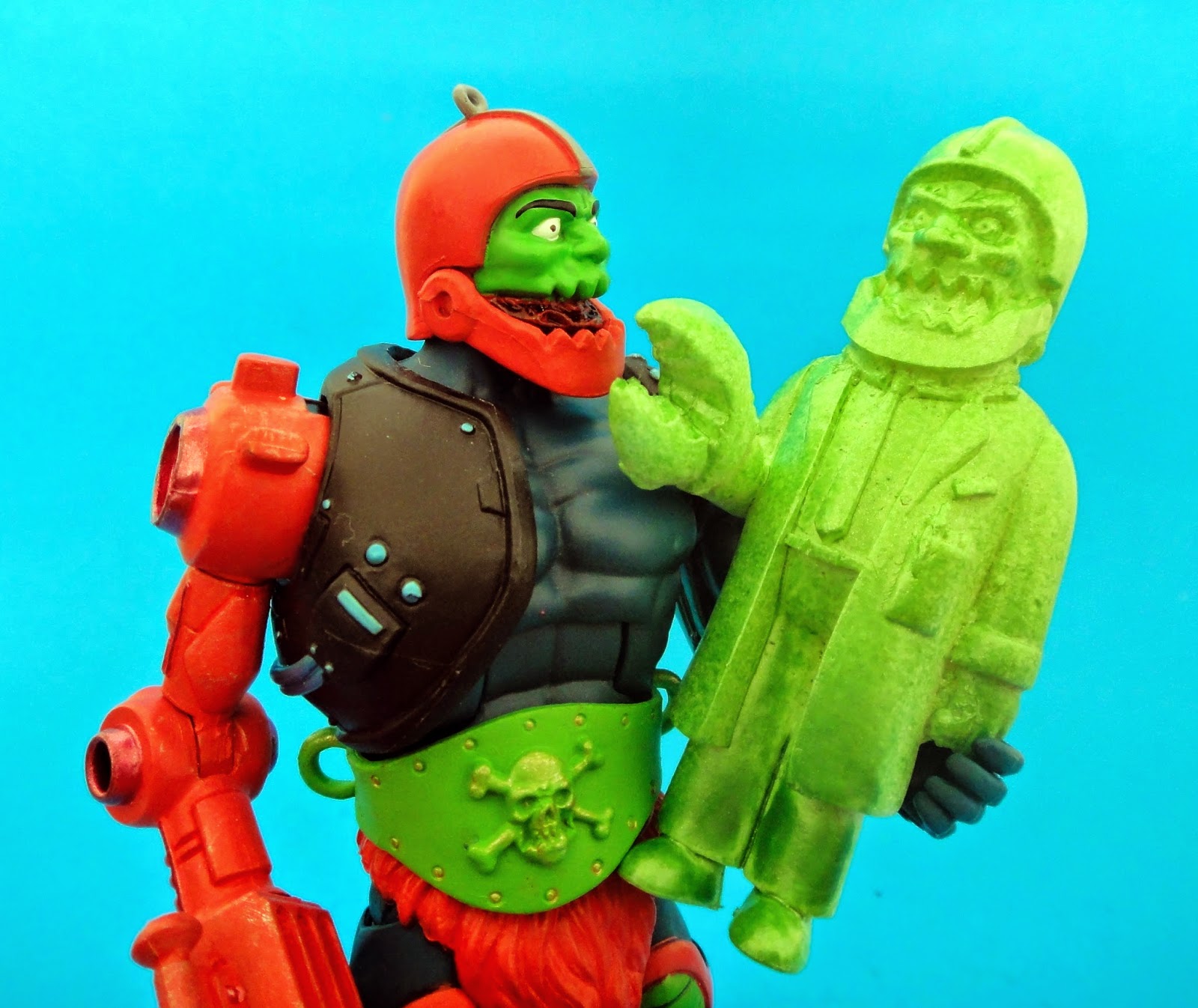 Quite a while back on Hoard World, some mysterious "prototypes" did arrive from Huggingtons Twisted Toys in the form of He-man & Man-at-Arms 4" Simpsons Body minis (as seen in this pic)......surely experiments gone wrong in the quest towards PINCER M.D. 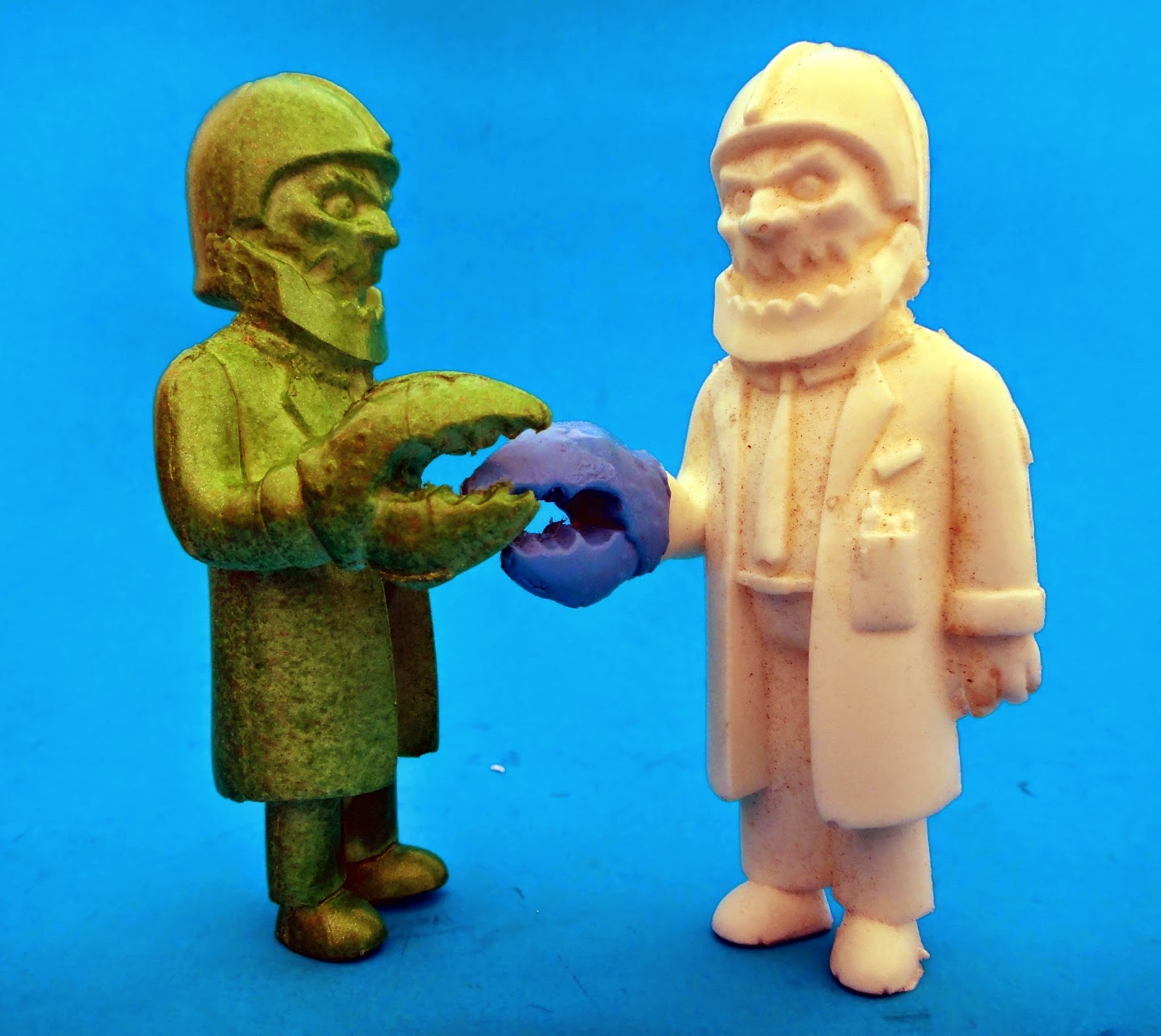 Huggingtons Twisted Toys were also nice enough to include the actual prototype for PINCER M.D. (who I can't stop capitalising, apparently) as seen pn the right hand side of this picture. 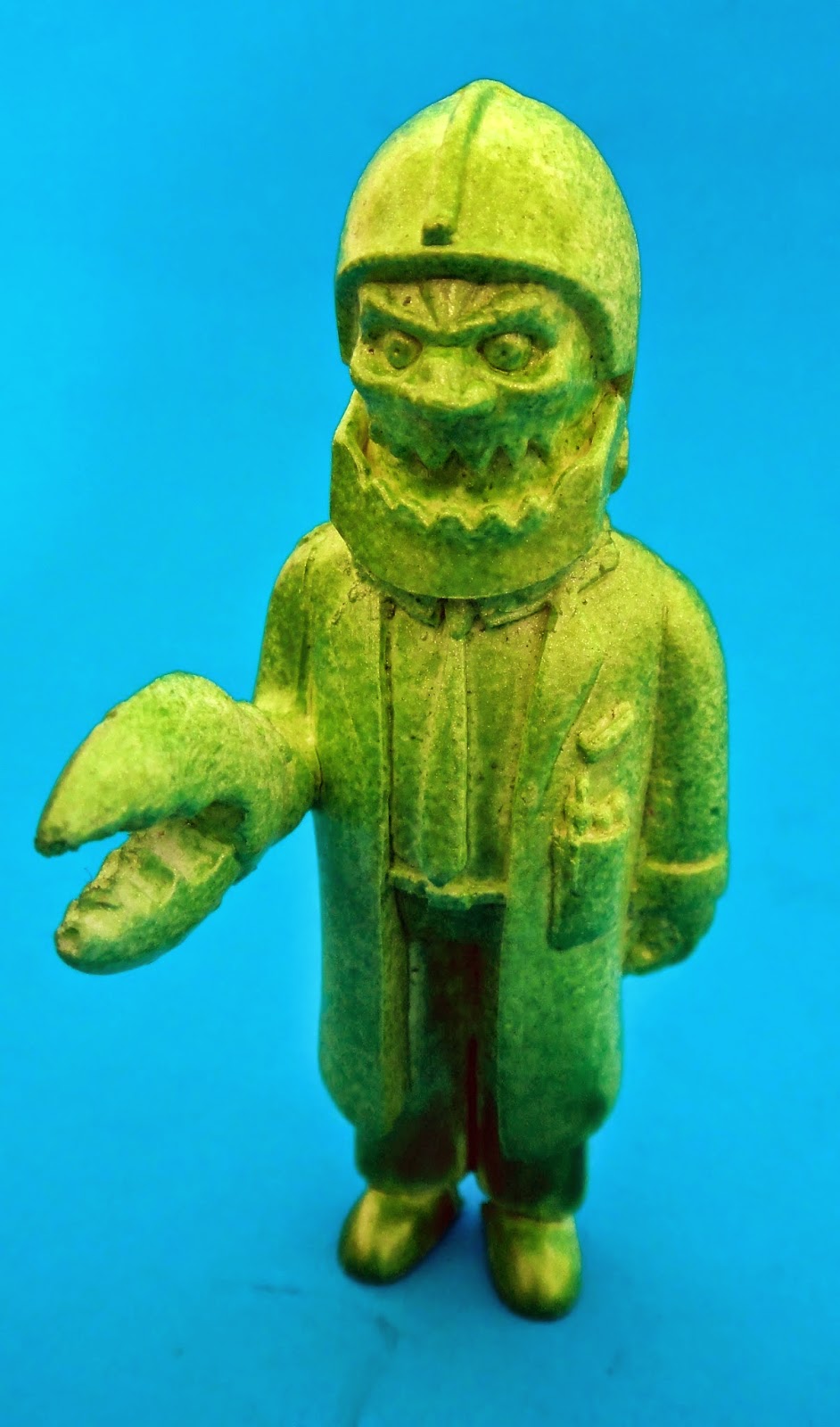 If you've fallen in love with PINCER M.D. like I have, he is available to buy right here!

Next up, we have FRANKENTROOPER. 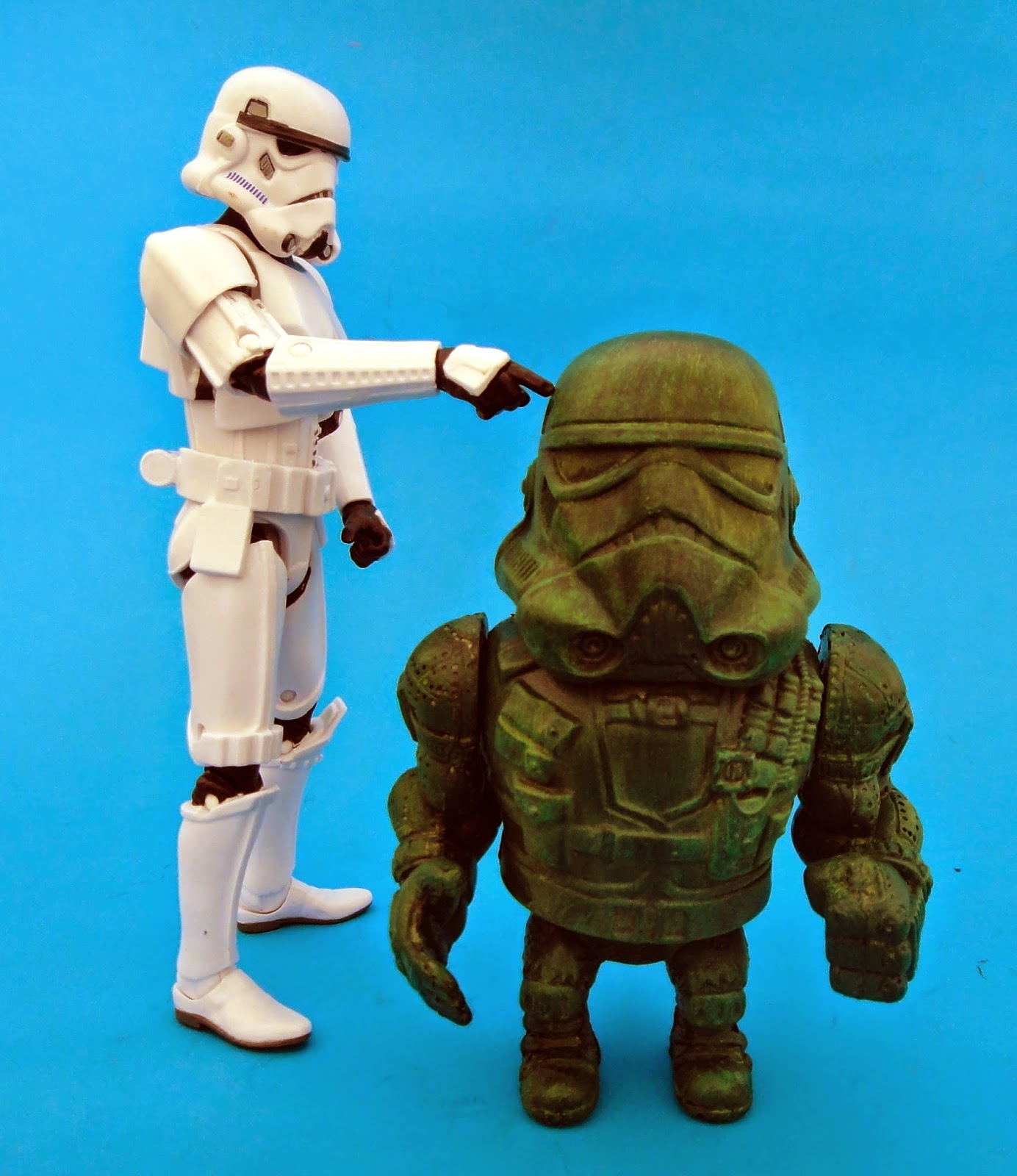 What I love about Frankentrooper is his scale and bulk. Many Star Wars based bootlegs or knock-offs are 3 3/4" like the vintage figures. 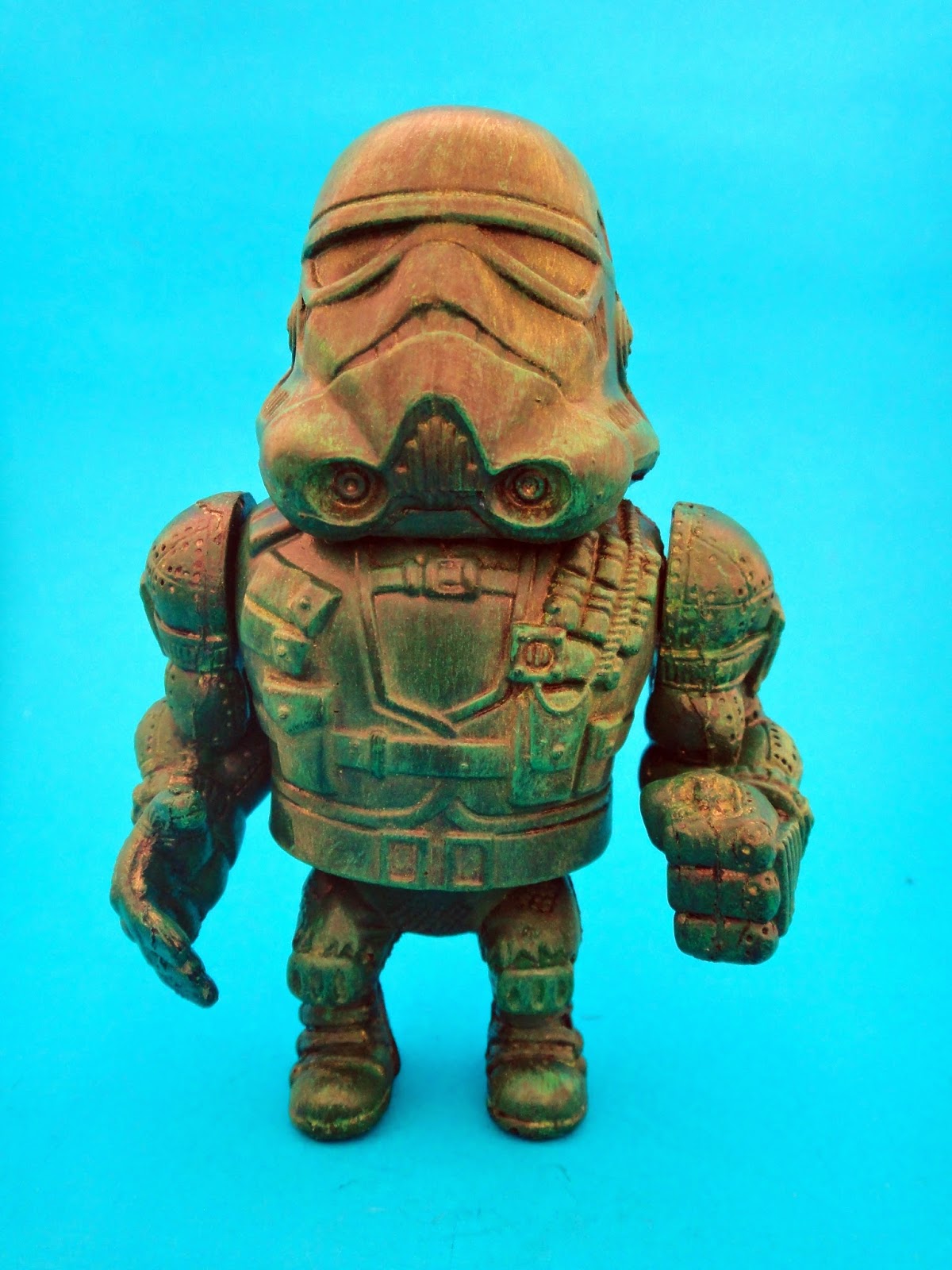 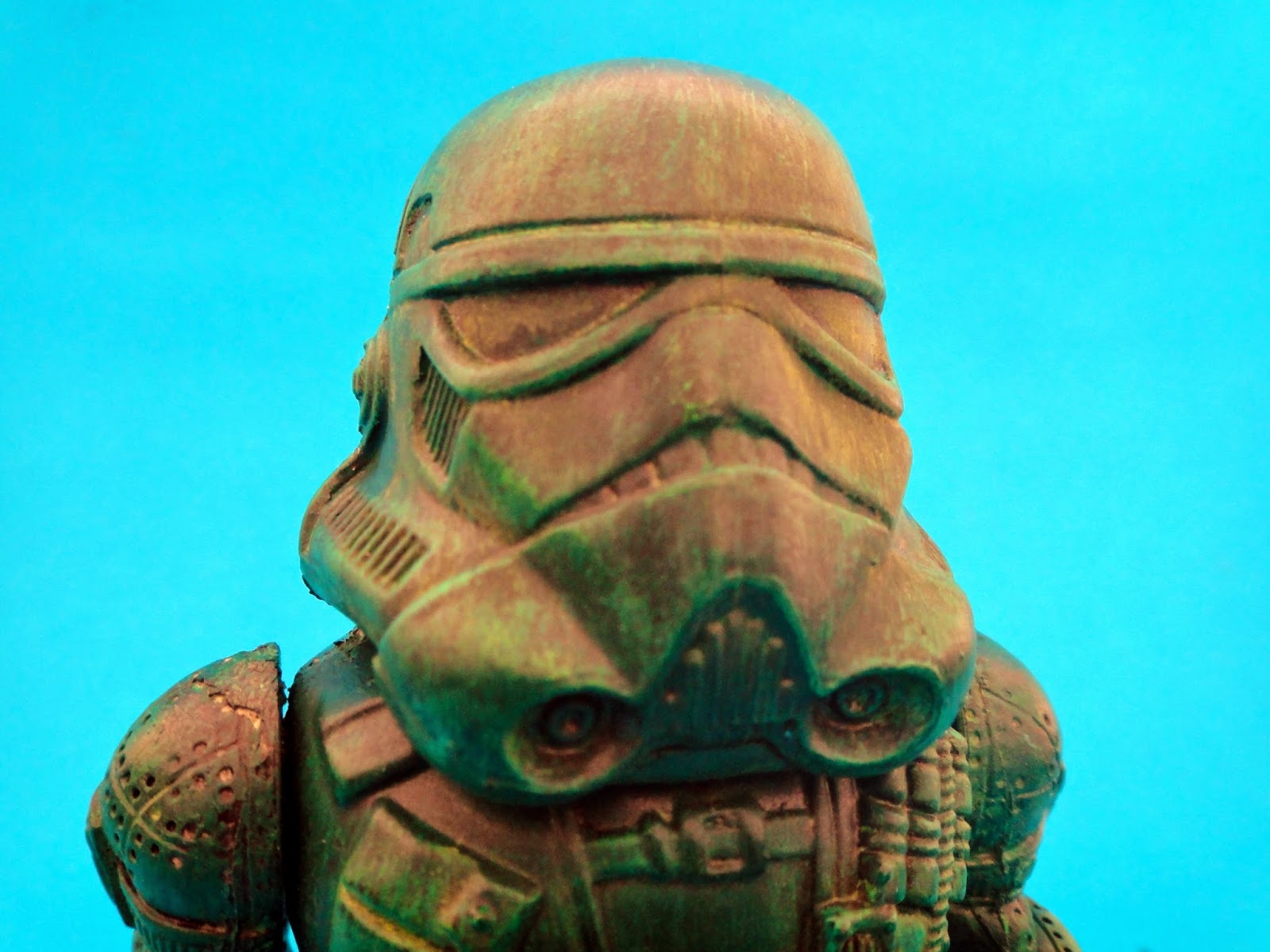 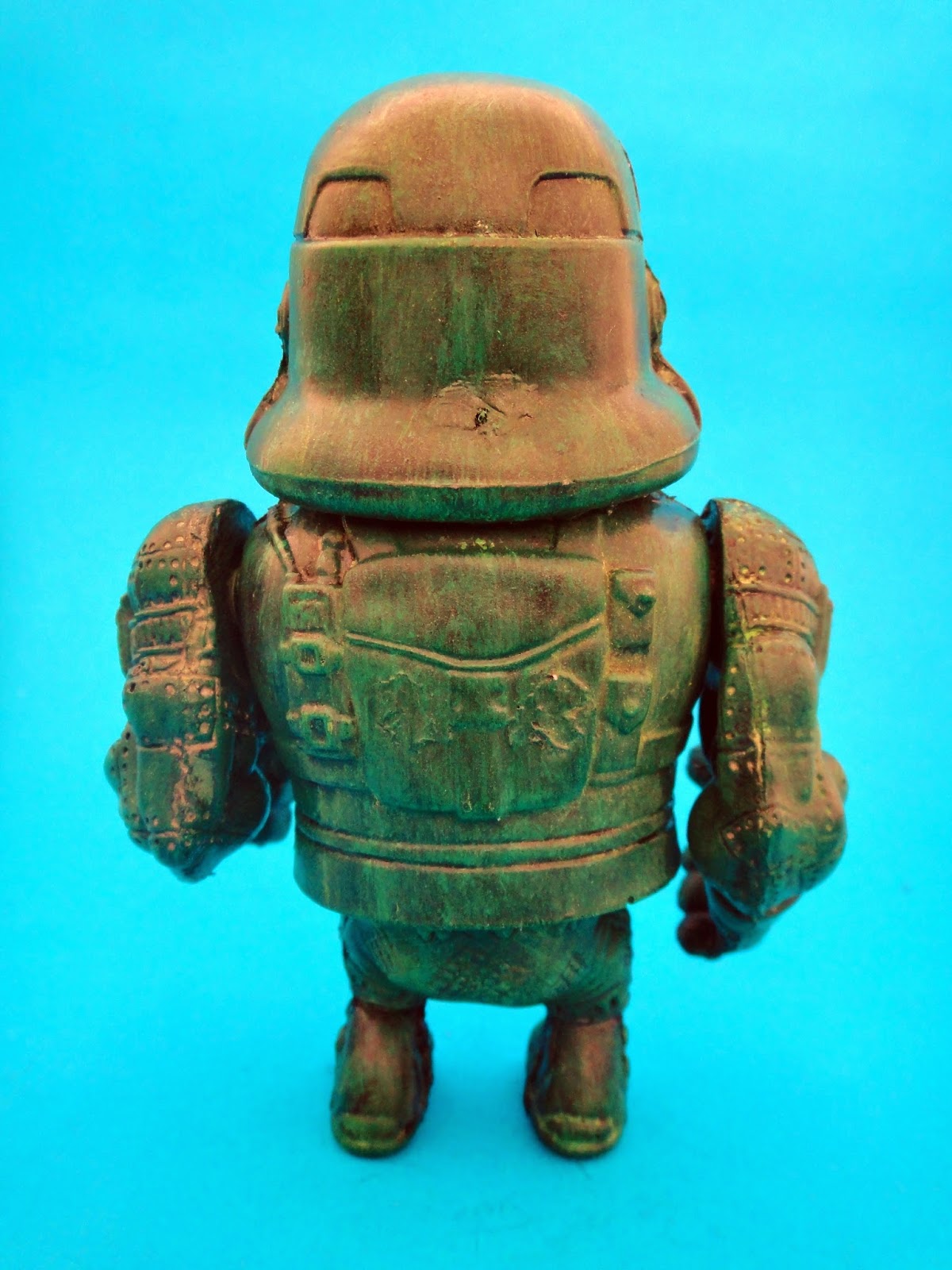 Although he might not look like it, he also features TWO points of articulation via his arms. 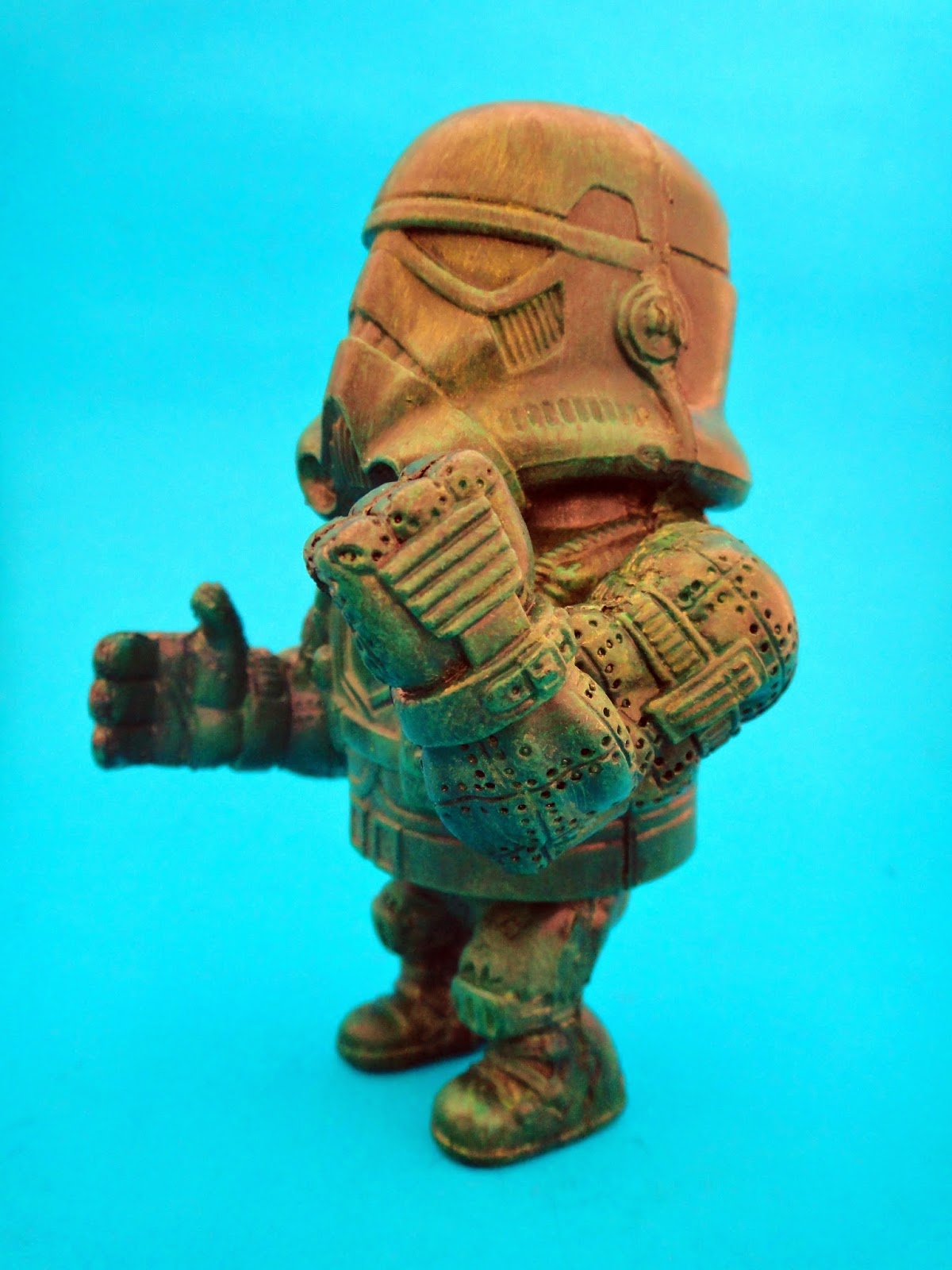 There's just something about Frankentrooper. Maybe it's the timeless cool design of the Stormtrooper helmet - maybe it's his drab green colours.

I haven't really stopped playing with him since I got him.

He's a really nice looking piece that looks fantastic on the shelf and I also look forward to seeing a lot more of him on Hoard World.

I've been told that he is a micro-run of 9 pieces only and should run for about $60 AUD if he's not already available to buy from HERE, he will be VERY soon.

That's all for now, but be sure to join us again tomorrow:

When we conclude with Part 2 of our Spotlight on: Huggingtons Twisted Toys. 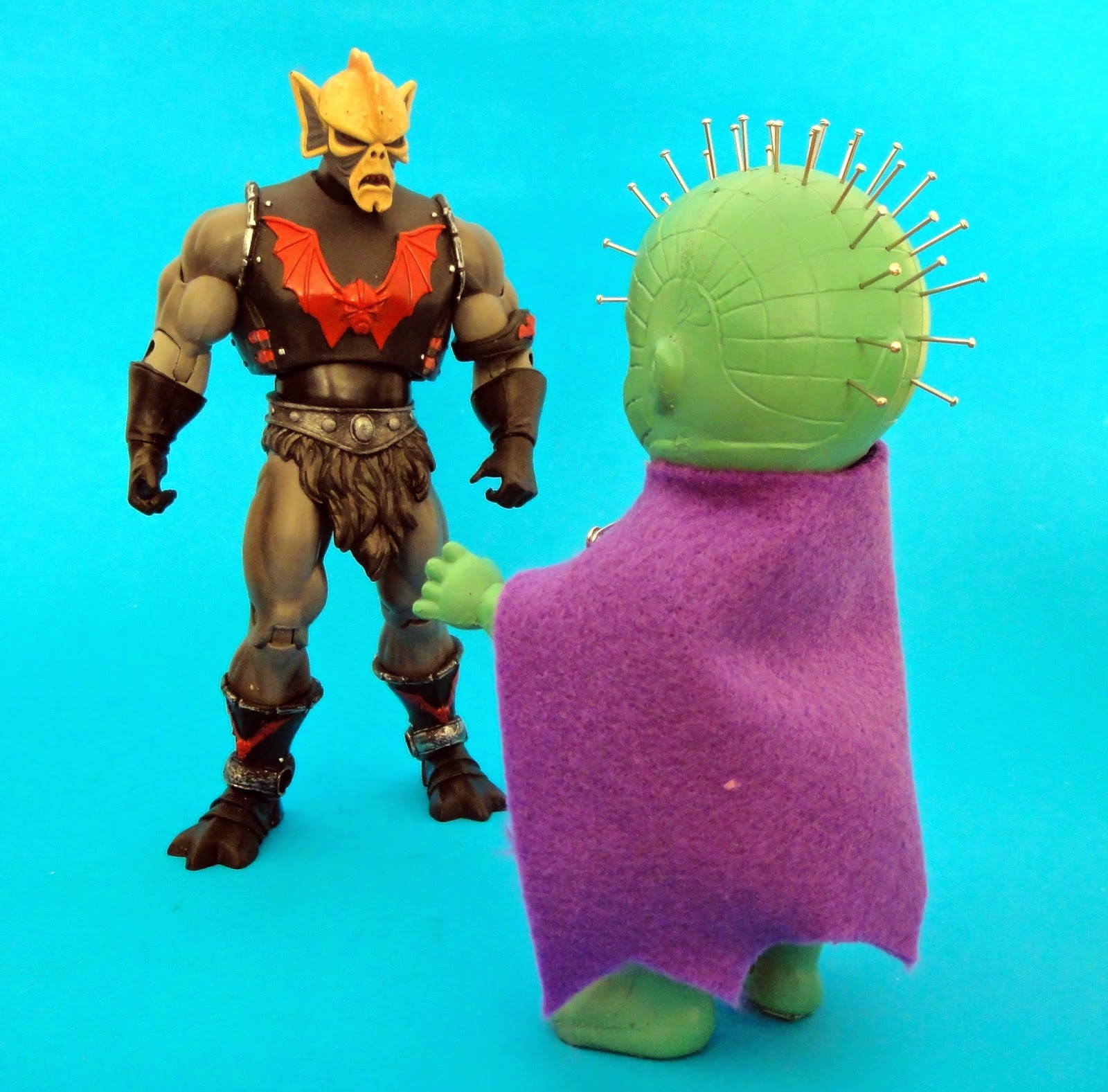