Yesterday (hopefully) you read about Frankentrooper and PINCER M.D. in part one of our Spotlight on Huggingtons Twisted Toys.

Today I bring you another fantastic piece of Toy Art in the conclusion of our very special Spotlight on Huggingtons Twisted Toys.

Huggingtons Twisted Toys is the brainchild of artist J-F Tranquille (you can check out his new blog that goes behind the scenes of his work HERE) who is based in Melbourne, Australia and has had displays and exhibitions of his art, sculptures and toy creations all over town (most recently, and most often, at the awesome Art Boy Gallery).

All of the independently produced Toys you see in this Spotlight are either available to purchase now (or will be very shortly) from the Huggingtons Twisted Toys Storenvy.


Let's get started, shall we? 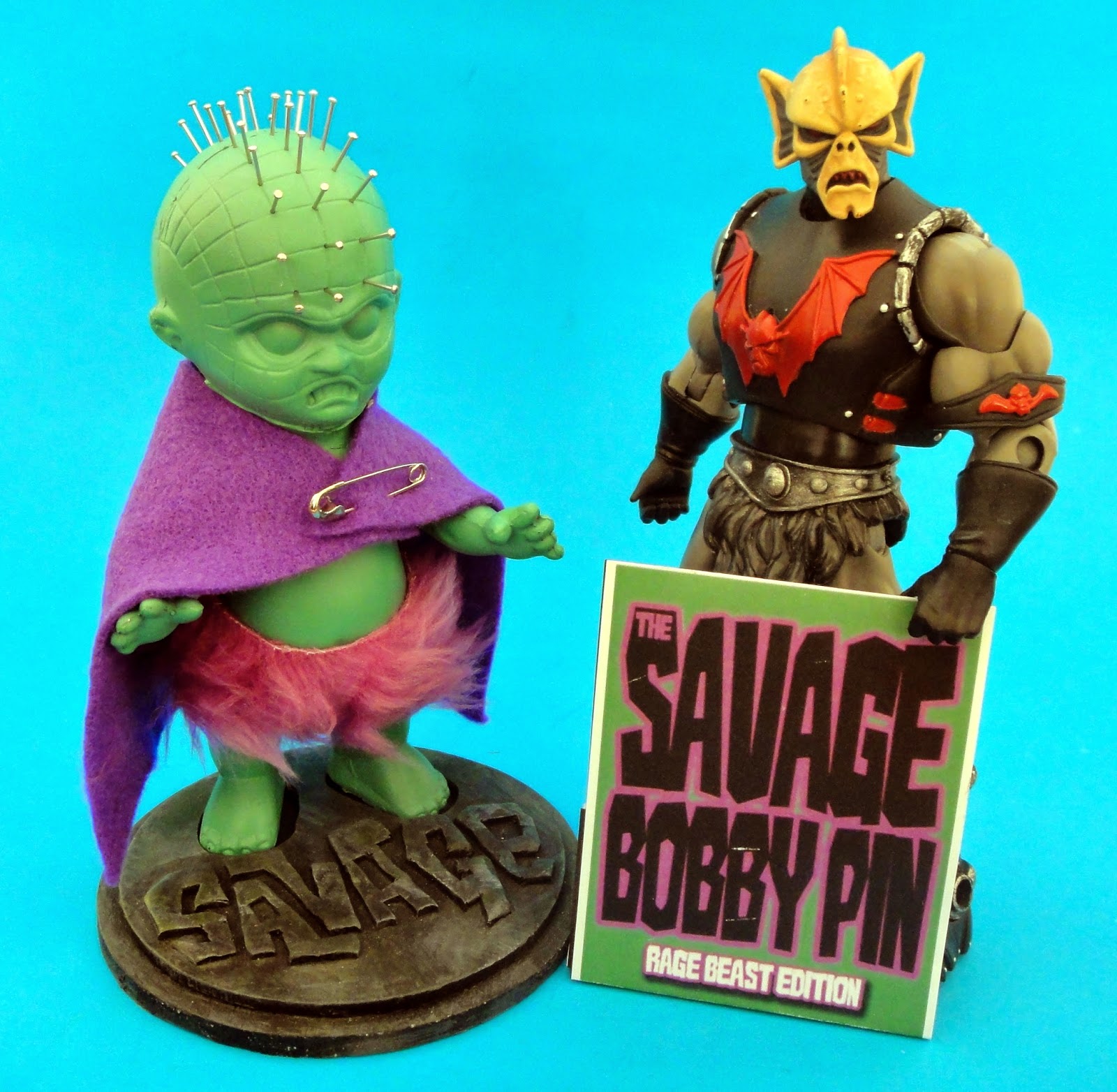 I don't know where to start with The Savage Bobby Pin - he really blew me away.

There's so much awesome going on with this guy, it's a little daunting. 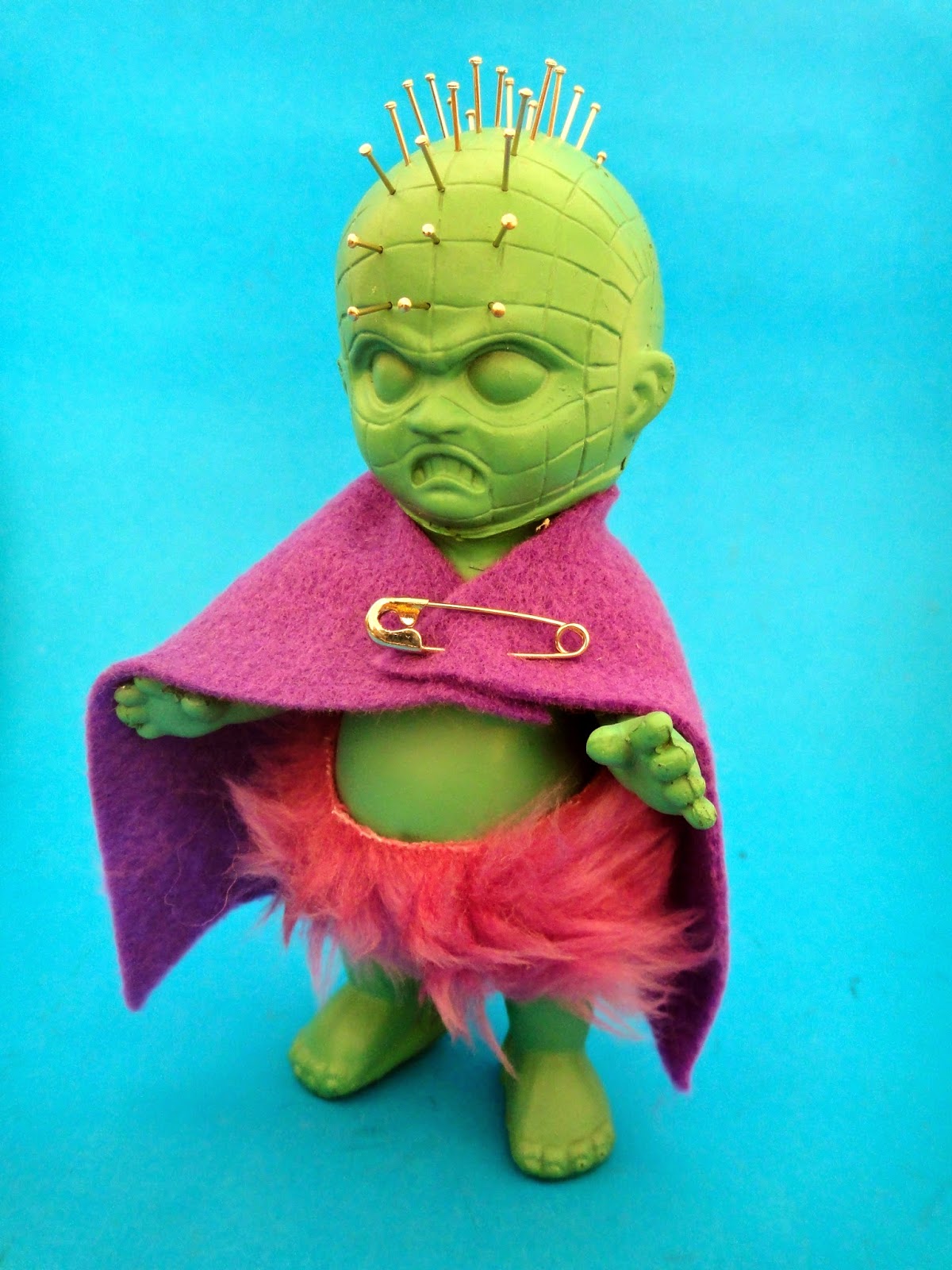 For starters, he has a fluffy pink diaper and a cloth cape held on with an actual bobby pin. Cute. 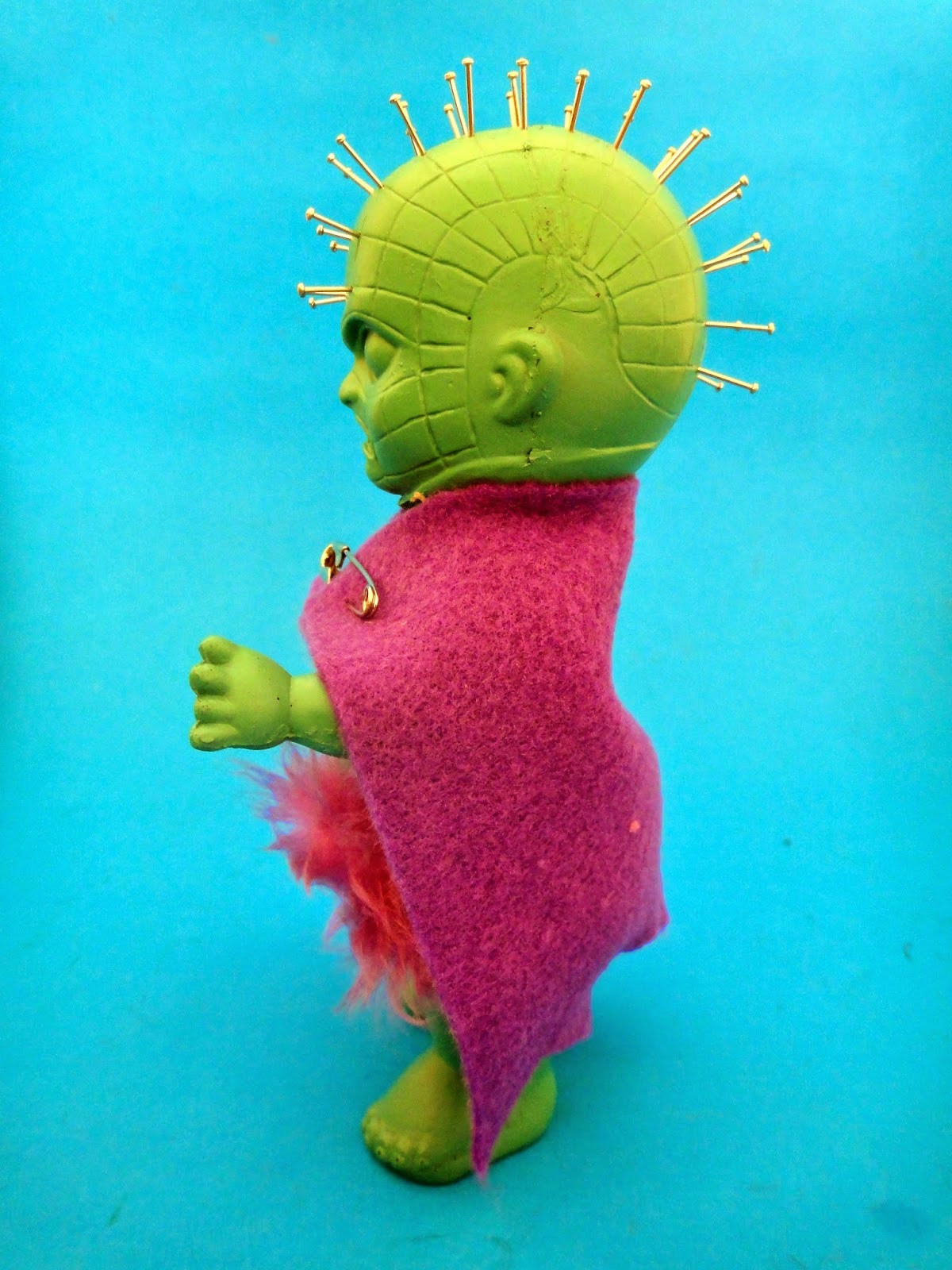 His Pinhead-esque stylings can't be ignored. Did Pinhead the not-so-lovely Cenobite from the Hellraiser films have a baby? Who's the mum? 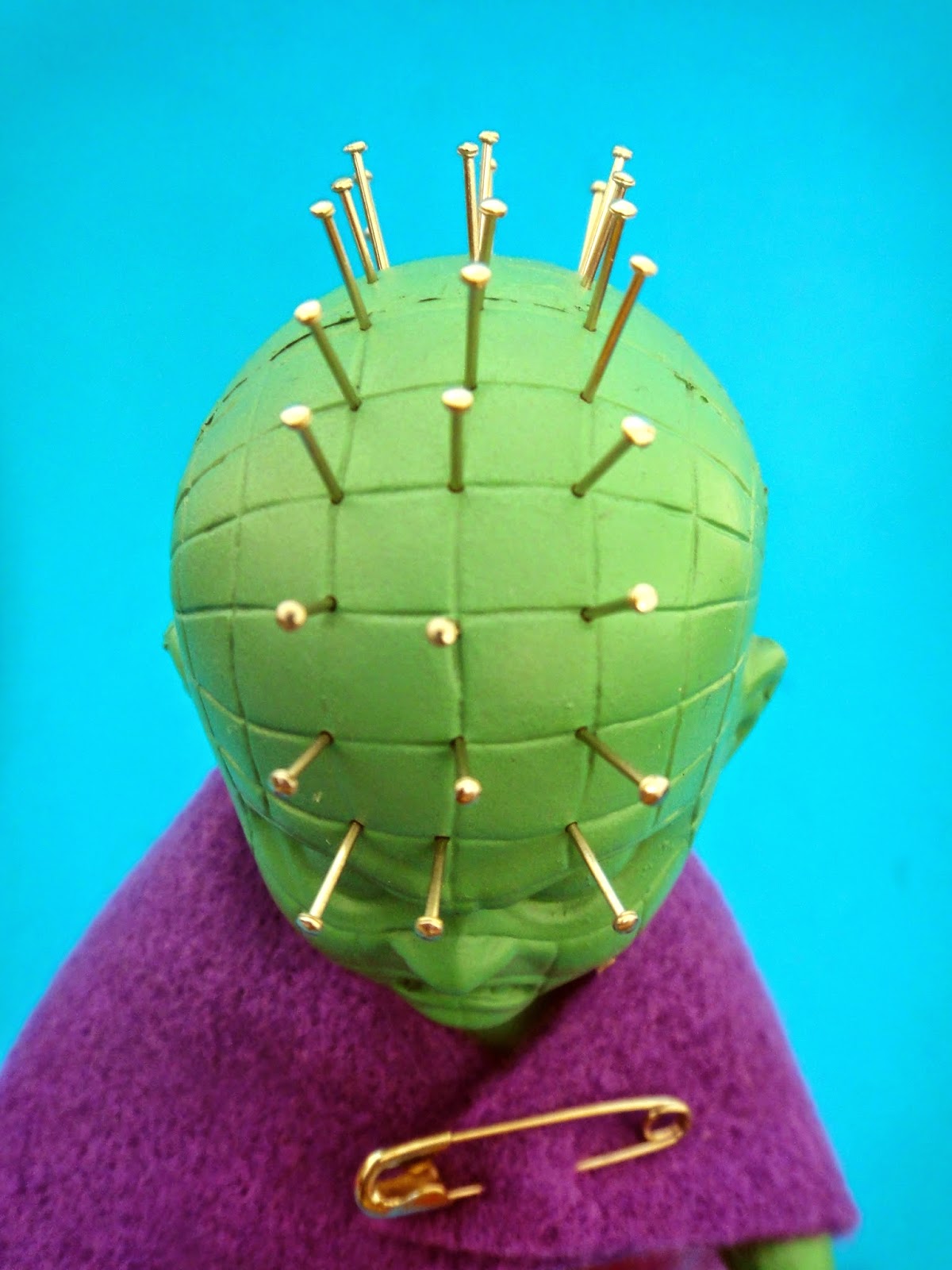 The pins themselves are super cool and really add to this overall look. It must have been a painstaking process. I have a 3-row version of The Savage Bobby Pin but he also comes in a 5-row version and a FULL HEAD. 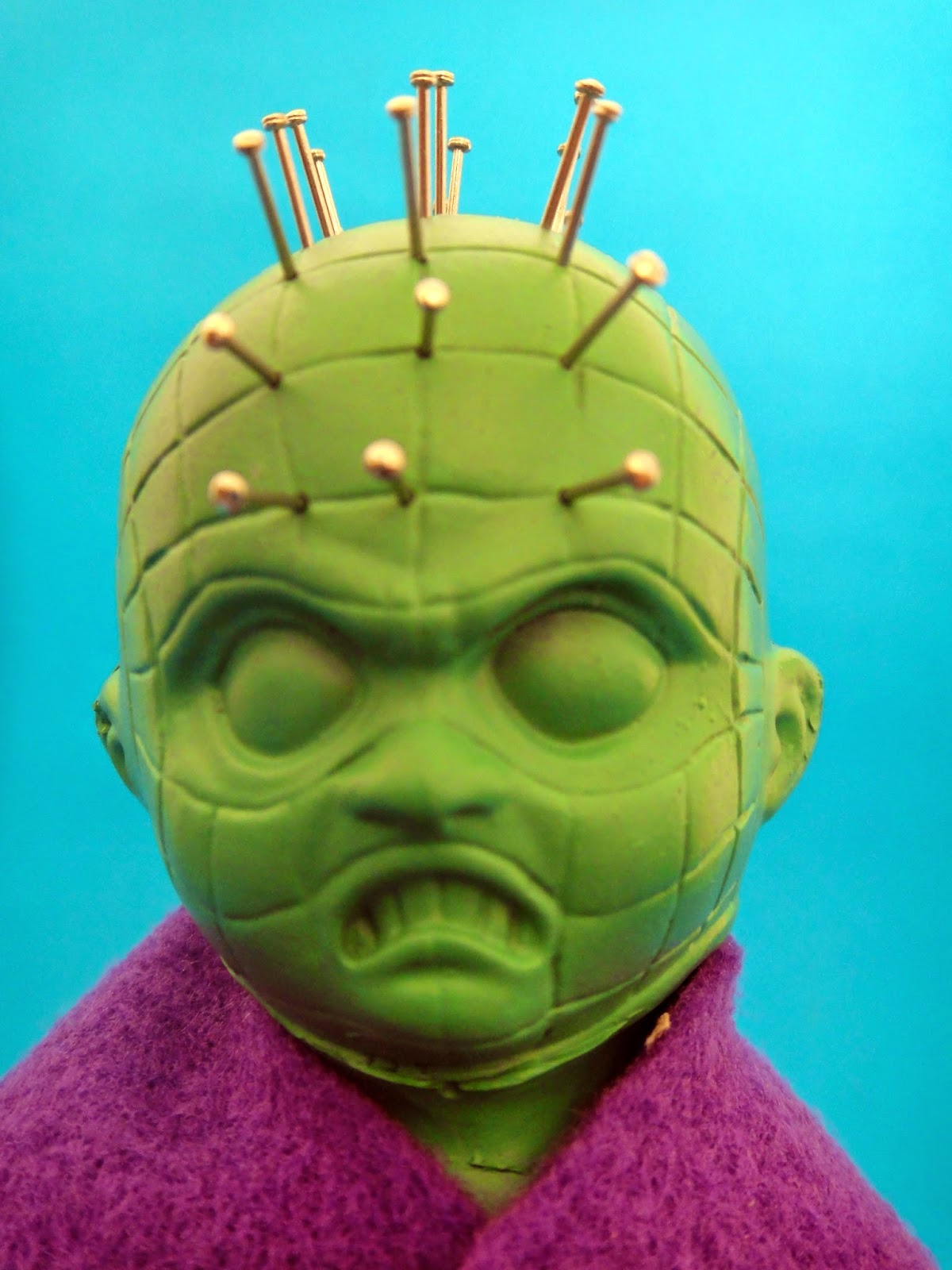 I also LOVE his facial expression. Him and my brother Hordak have a lot in common actually. They have a natural look of disdain on their face. Resting Disdain Mouth, I think the medical professionals call it. RDM for short. 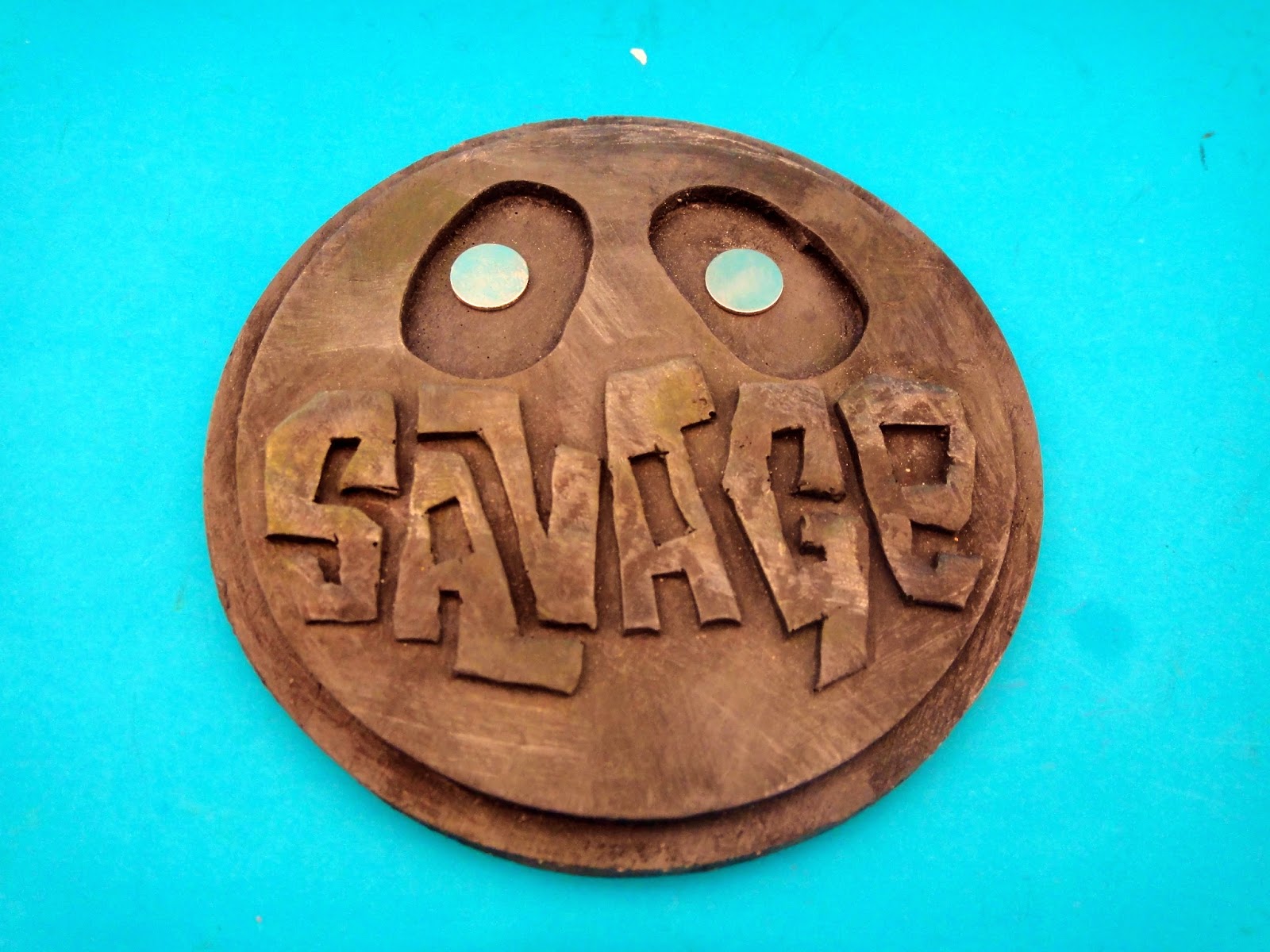 Another thing that is rarely seen with indie toys is an ACTUAL base for a character to stand on. I mean, I know it's happened before but it seems rarer.

And this base is brilliant. Bobby has magnetic feet and there's magnets in the foot prints so he can stand up beautifully. Such a smart idea. I love the carved in font that says "Savage" on it. I think this is really impressive.

It's so bizarre to think that it feels like a big company like Mattel have made some sort of horrible mistake with their upcoming Baby Skeletor release (which, obviously, I'll still get) but a little guy like Huggingtons Twisted Toys have gotten a similar style of idea so right with The Savage Bobby Pin.

I suppose this can often be the case.

For me, personally, he's a real home run. 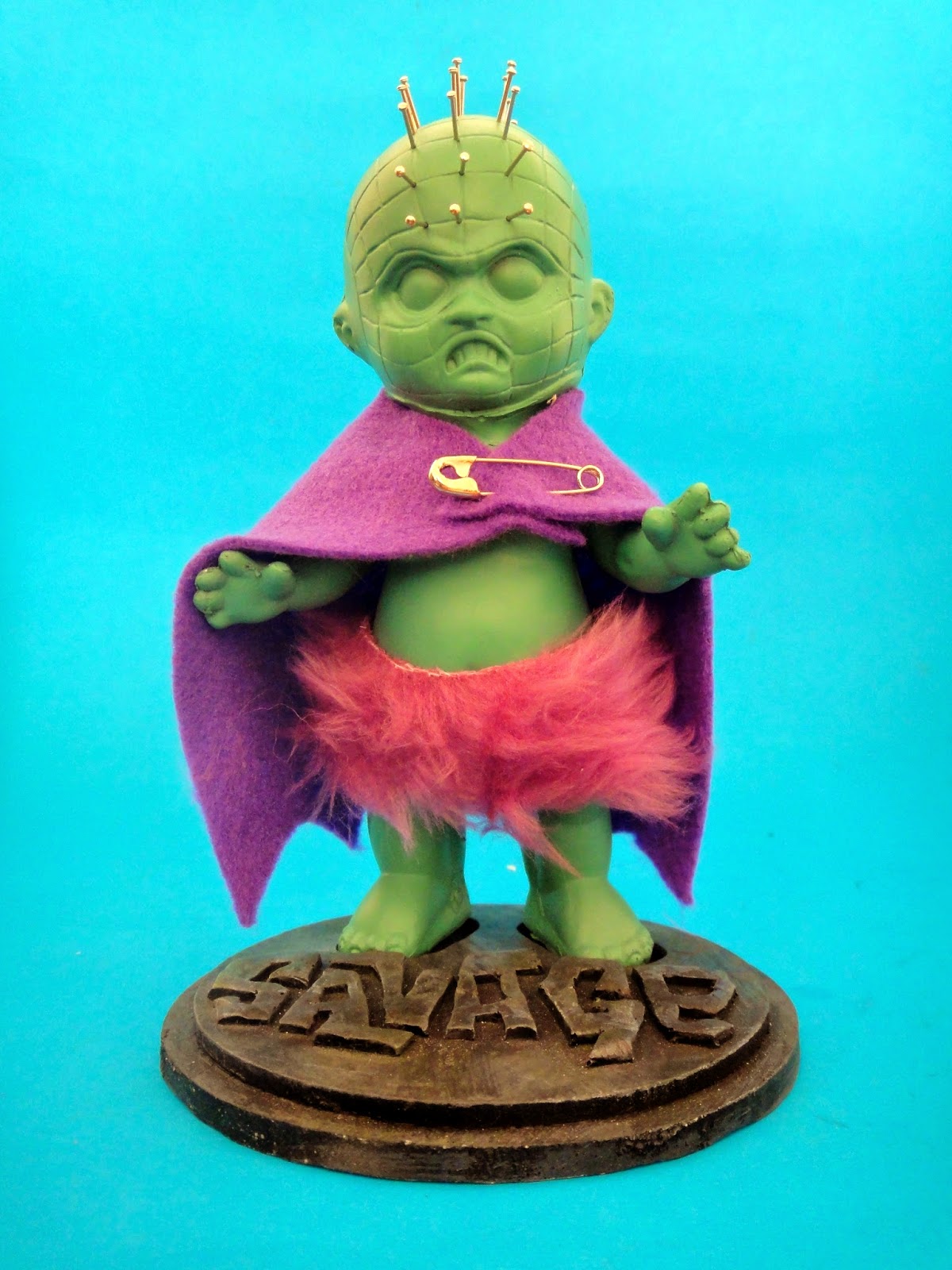 Show me a photo of this guy and I think, "This is pretty cool..." I know I did the very first time I saw it. But to see this guy in person is another thing entirely. It has such a tactile aesthetic, a super weirdness factor and displays really well, which, at the end of the day, is kinda what you want, right?

I don't tend to spotlight things I don't like anyway but these really are some of the best indie figures I own.

Watch out everybody. There's a new game in town.

And they're called HUGGINGTONS TWISTED TOYS. 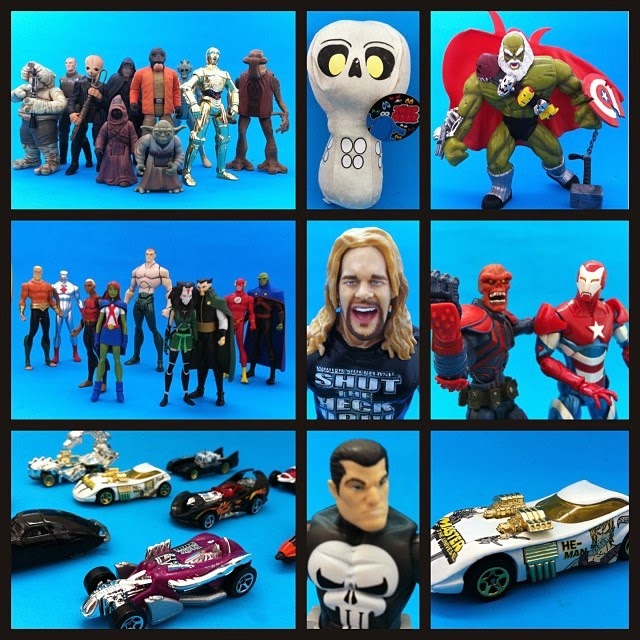 Get on down to All Star Comics Melbourne and buy my stuff!
I got fiiiiive kids to feed!
Posted by Hoard World at 12:00