SPOTLIGHT ON: M.U.S.C.L.E.'s of the UNIVERSE by ERIC NILLA & WOLF VOIGT. 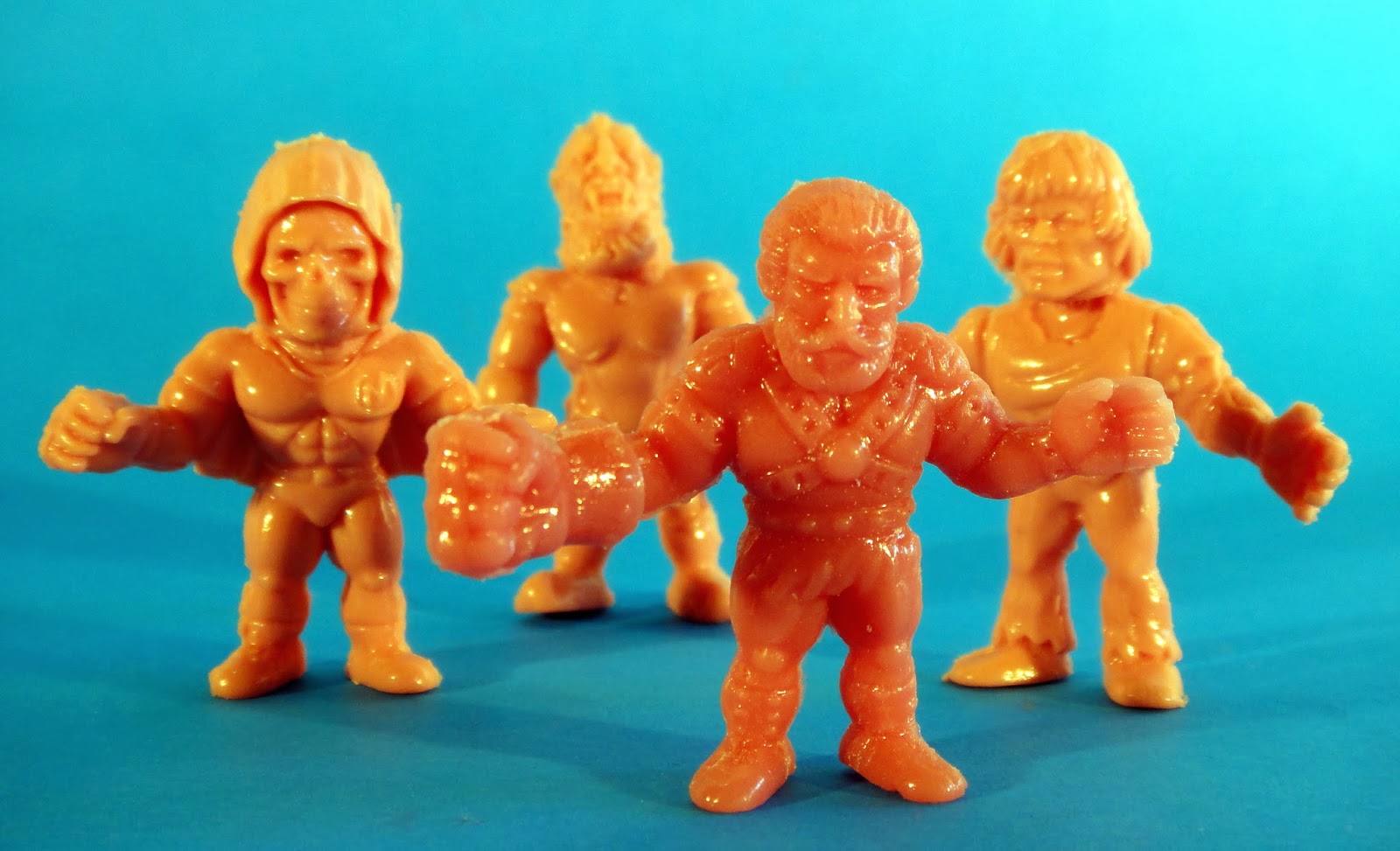 It's with great pleasure and extreme excitement that I am back, yet again, to spotlight more fantastic Toy Artists who have found their way into my plastic, slime-filled heart. This is the third part of what is to be a quartet of super special Spotlight Features here on Hoard World.

If you missed out and want to read the first spotlight in this series that started way back in September, and focused on the awesome Goodleg Toys, you can do so right HERE. If you want to see December's focus on Ryan Hall's 3-D Paper Toy Art pieces, it's waiting right HERE for you.

What do you get when you cross Masters Of The Universe with M.U.S.C.L.E. Men? 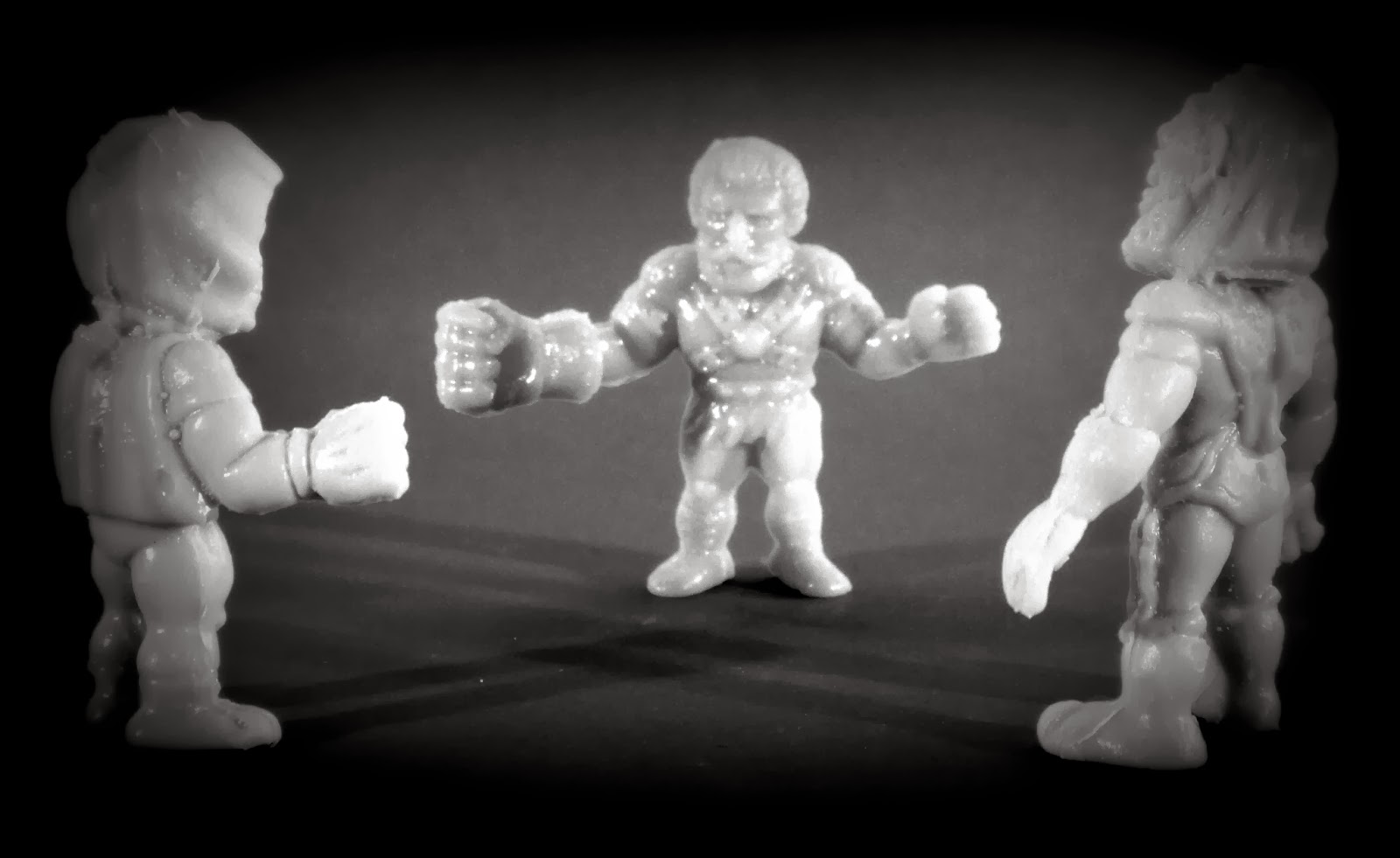 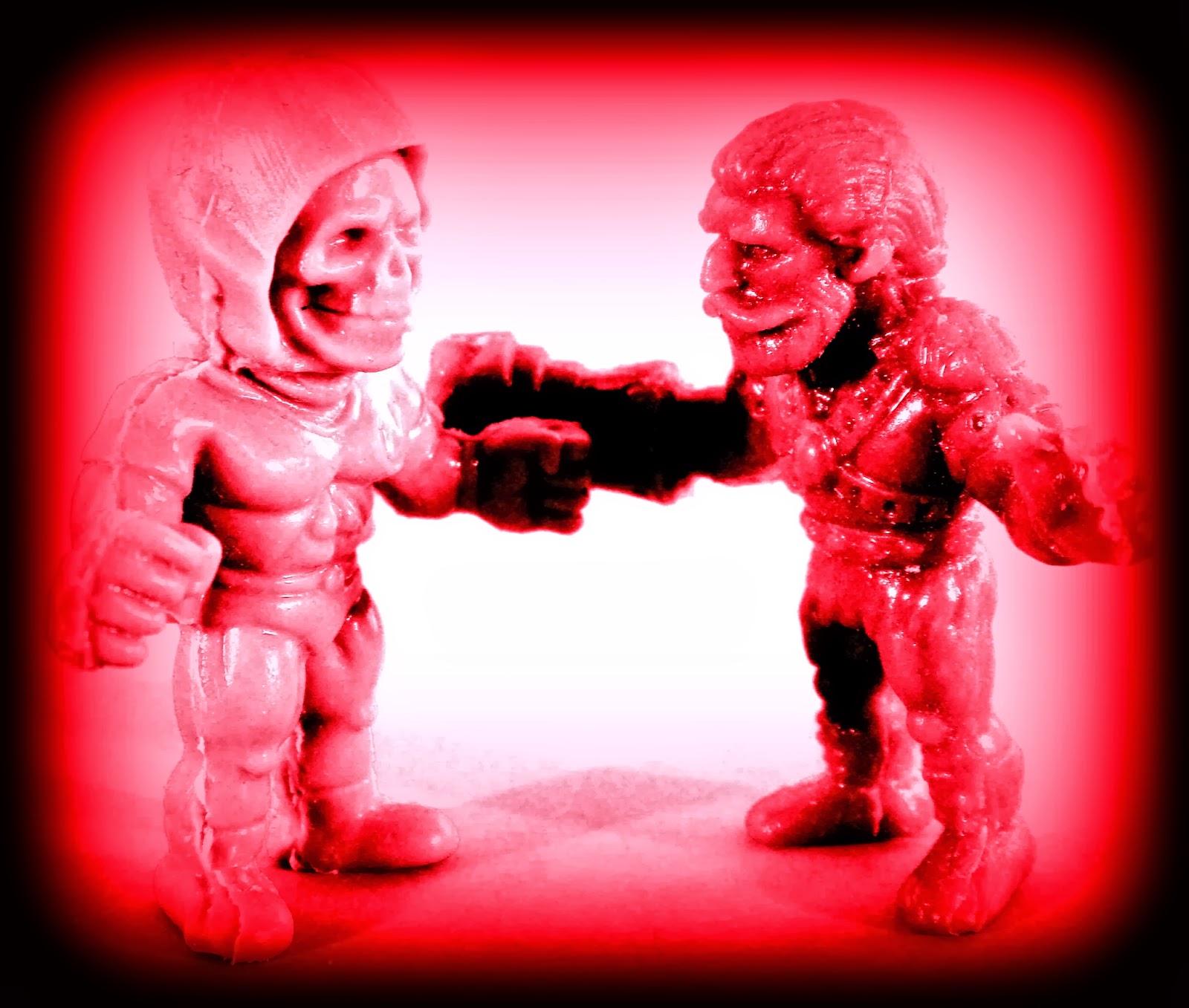 Originally created by Wolf Voigt and brought to life by Eric Nilla, if you're somebody that loves both Masters Of The Universe and 2" Keshi-style custom figures, M.U.S.C.L.E.s Of The Universe are a dream true!

Eric Nilla had this to say about them....

"The first 3 MUSCLES OF THE UNIVERSE (He-man, Skeletor and Beastman) were older customs created by Wolf Voigt, from www.Solarcolordust.com." 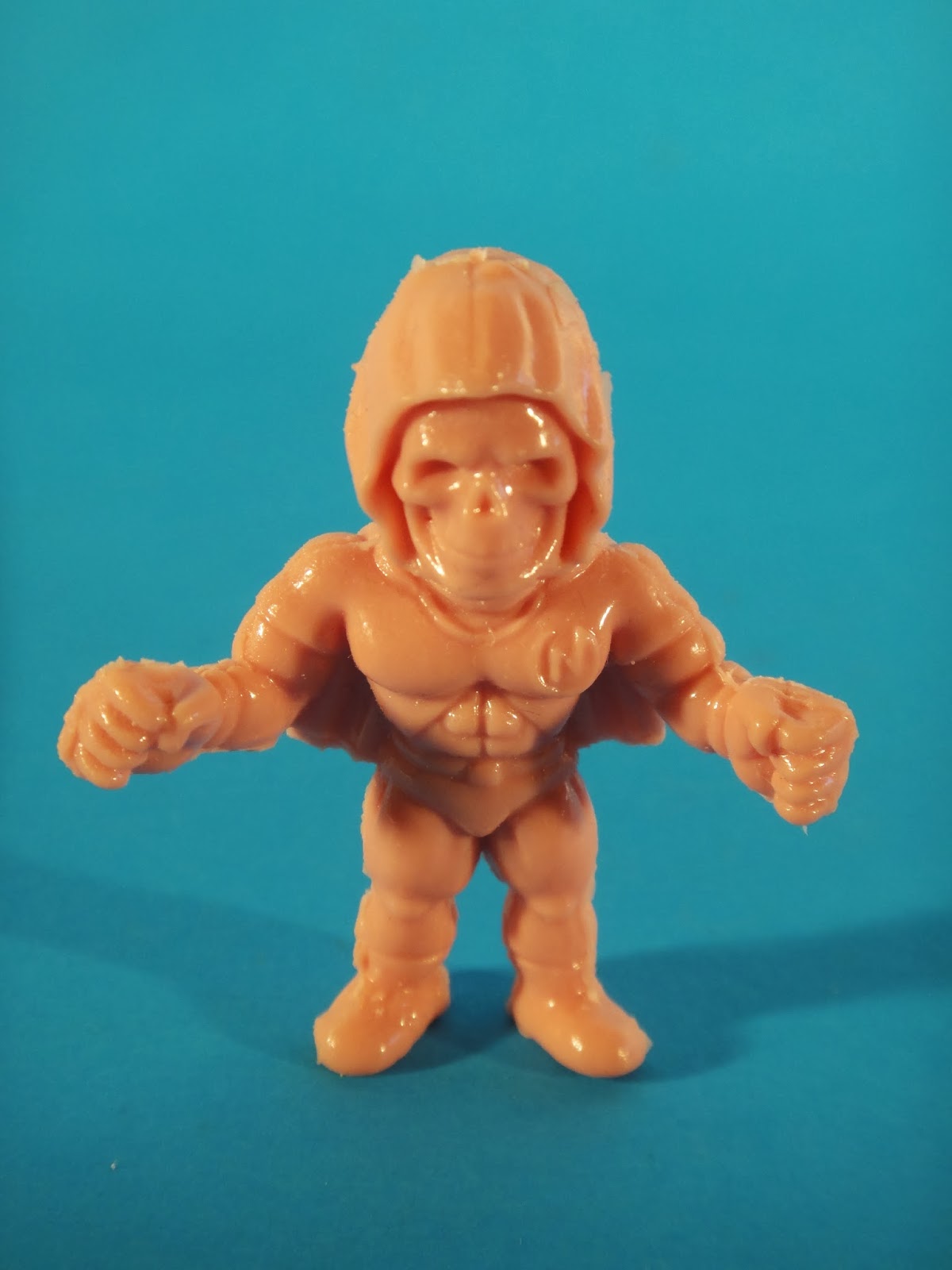 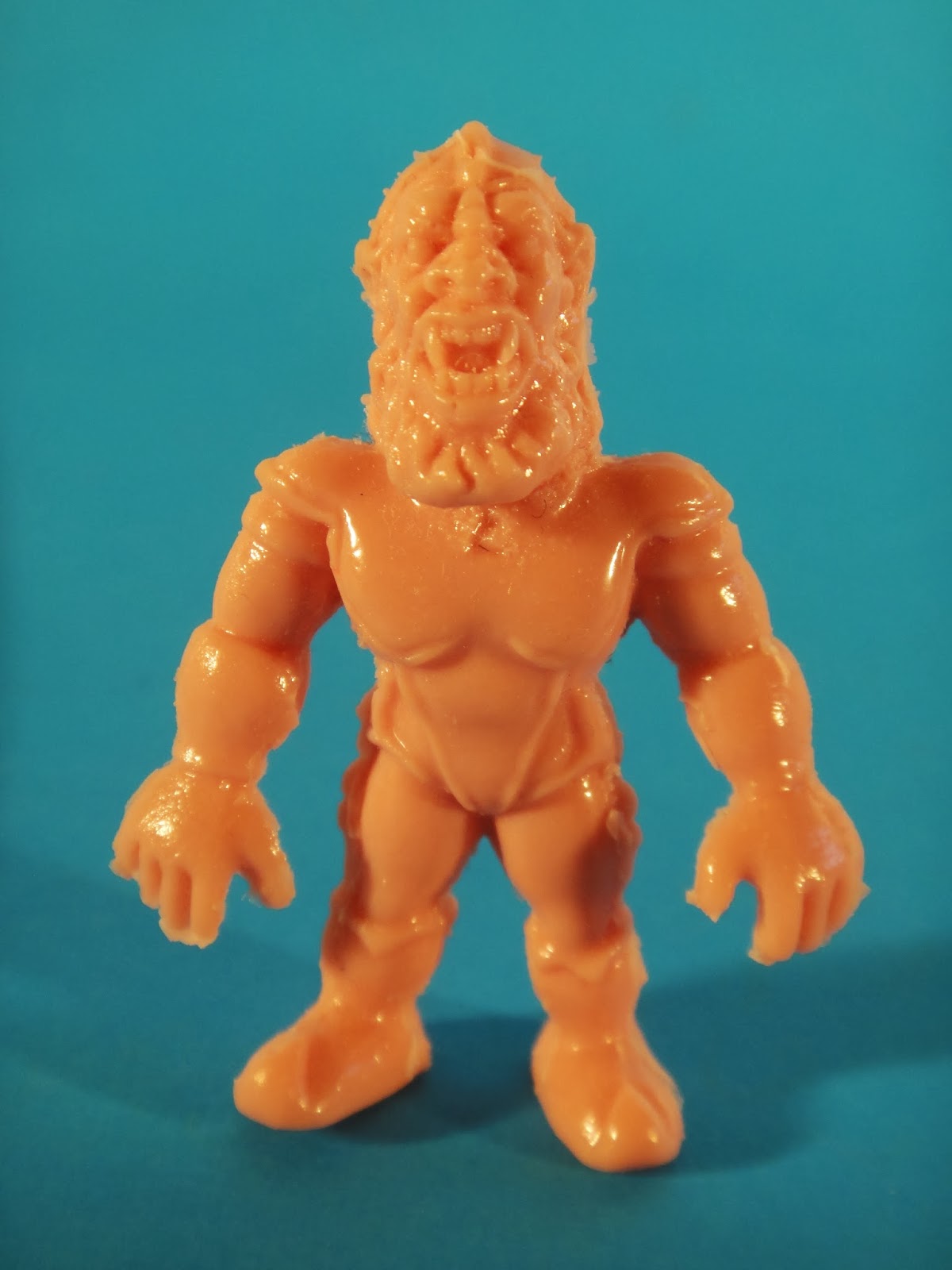 "Wolf kitbashed them from Masters Of The Universe heads that he shrunk down and vintage M.U.S.C.L.E. He initially cast them up in resin as a small release, but soon after got out of casting and focused just on his additive powders." 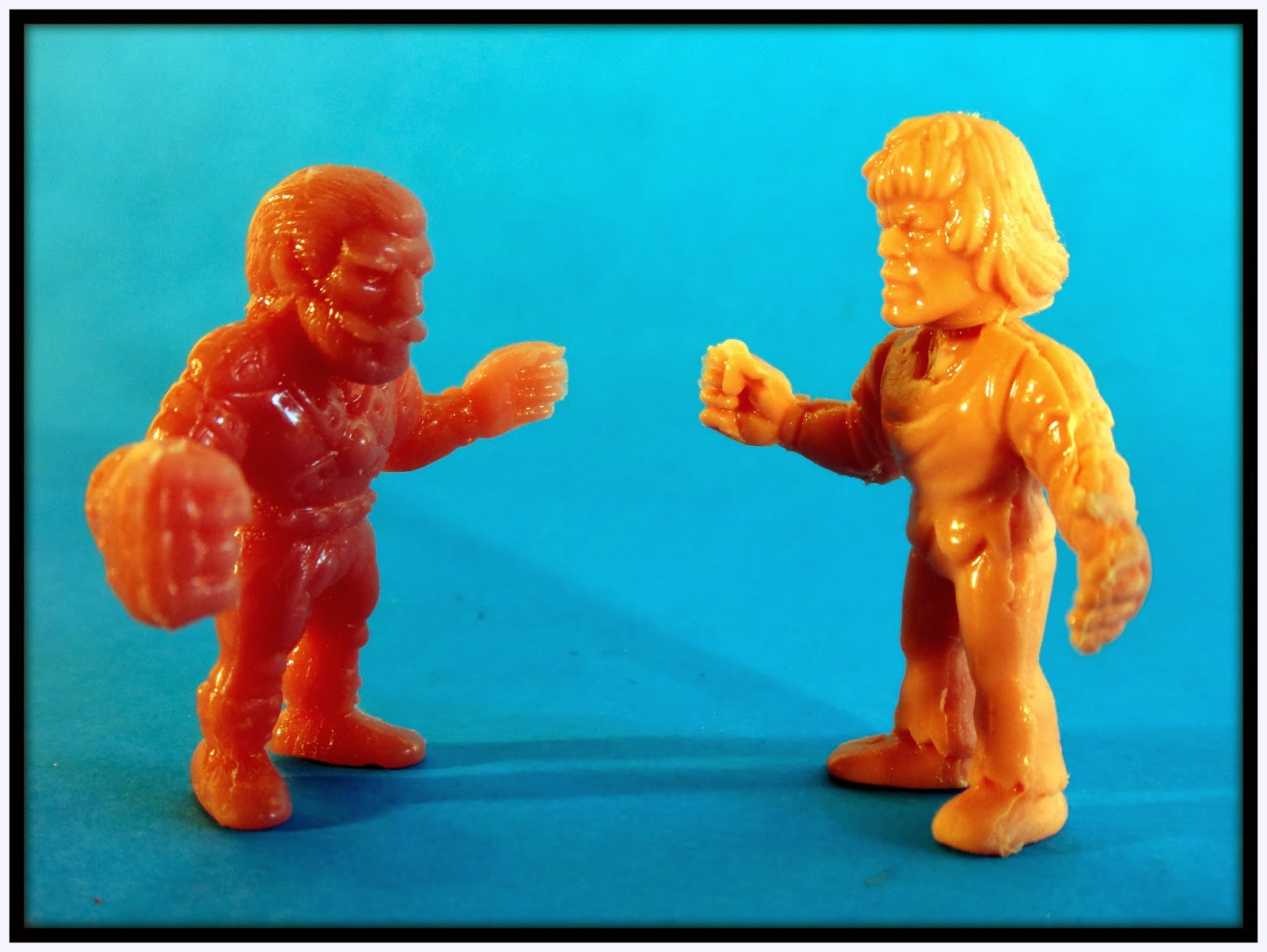 "Wolf and I were talking one day and I asked if I could cast them up in my rubber, and that's how we got these beauties.

The fourth MUSCLES OF THE UNIVERSE release is Fisto, who was kitbashed by both Wolf and myself. Fisto was one of my favorite figures growing up so he was my first choice for the next figure."


Currently, you can see some of Eric Nilla's other awesome custom work at the latest Clutter Magazine INACTION FIGURE II Exhibit that runs until January 31st.

You can also check out more of his stuff at his website and feel free to buy any pieces that take your fancy from his storenvy.