DC Collectible's Batman: The Animated Series 6" line was something we highlighted ourselves this time last year as one of the awesome releases of 2014. Unfortunately, widespread reports of quality control issues like joints on figures snapping off etc have put a bit of a dampener on the whole party. I have yet to pick any of these figures up myself for exactly those reasons.

With that said, DC Collectibles have since come out and stated publicly that they will be addressing these issues in future waves of the line; and then they announced the bat-tacular Animated Series Batmobile release - which you can see above!! And also below..... 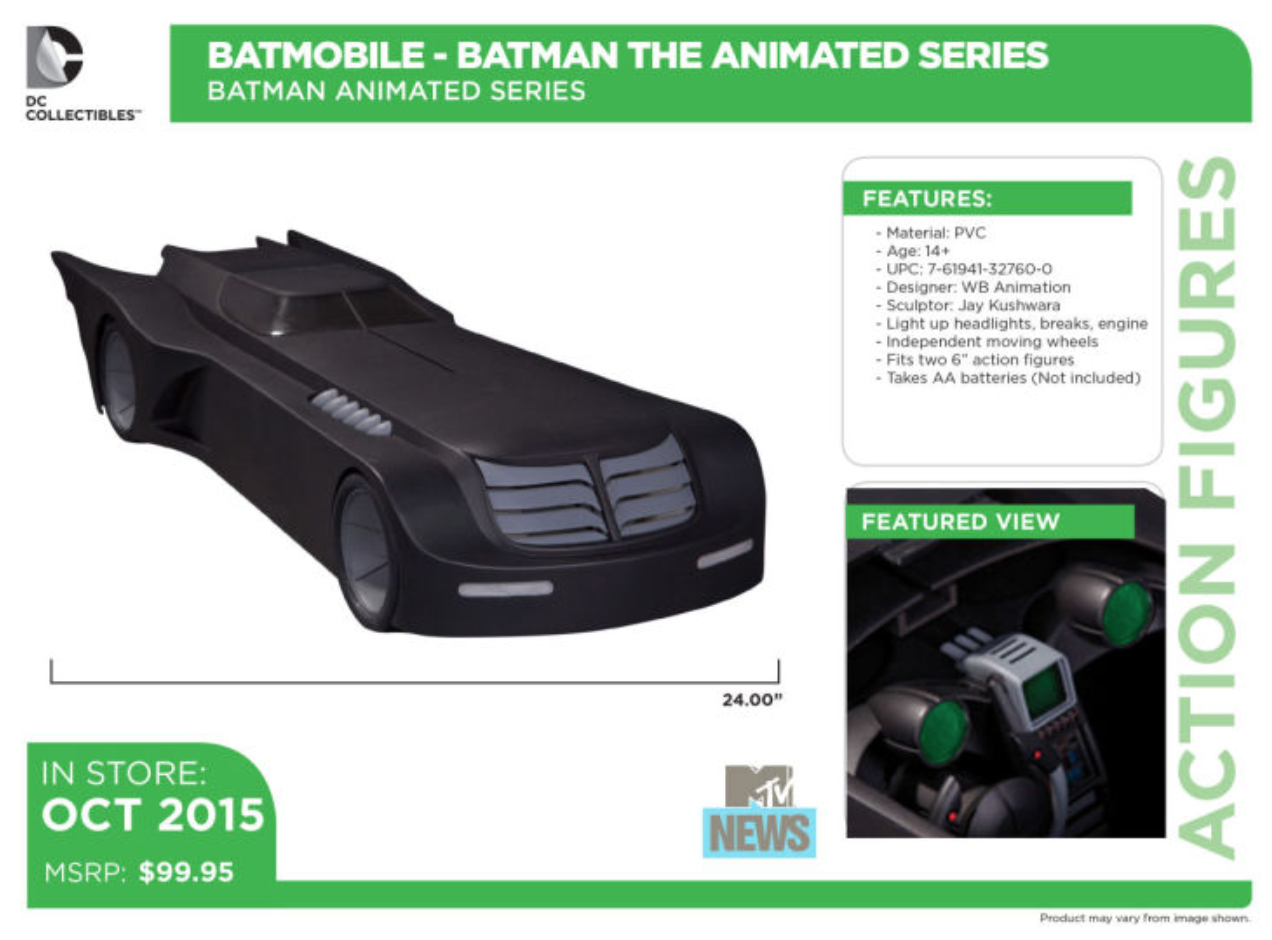 It actually lights up.


While still talking about DC Collectibles releases, there were two upcoming figures in their DC Icons series that I definitely want to peruse in real life when they eventually get released.

One of these is the Atom 3-pack featuring different-sized variations of the character from Atomica to Ryan Choi to Ray Palmer! They look really promising.

The other one is the pre-New 52 version of Harley Quinn with alternate head.

Something vaguely unexpected and pretty interesting (although not necessarily something I would ever get because I stay away from statues) is the Kotobukiya Super Powers series. 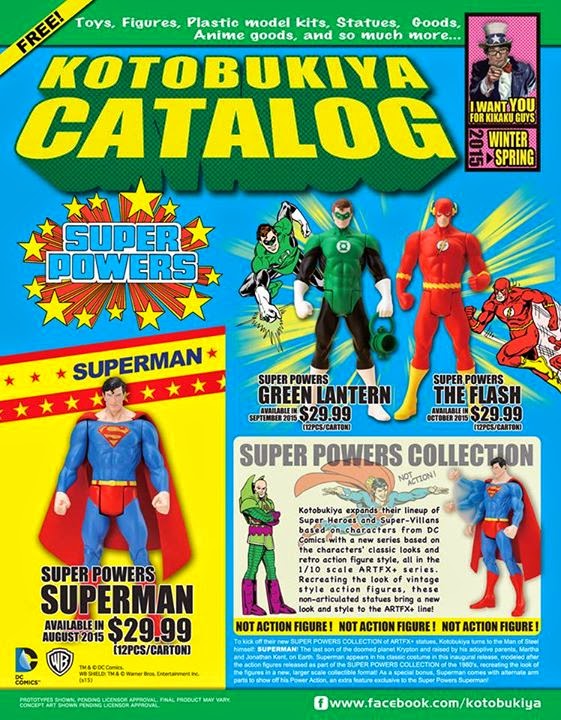 Now I know that a retro-action figure styled series without any of the action can seem like a bit of a dud but these really do look like beautiful, reasonably priced pieces. With real cloth capes!!

Like I said, I'm terribly curious about these releases. They look to be (for now at least) the first 8 figures of the Super Powers heroes with Wonder Woman, Hawkman and Aquaman also suggested on the boxes.

I really wanna check these guys out in person at some point. I'm a real sucker for Super Powers. I may or may not be writing this in my Super Powers pajama pants. I'm an adult.

Before you are completely sick of my glowing over entirely DC Comics related properties and merchandise, there is one last area to cover. And no, it's not the Gentle Giant releases of Batman: The Animated Series or Super Powers in gigantic scale. Which is also happening, folks.

The last thing DC-related I am going to fawn over after the Toy Fair reveals is something that we've sort of seen before but they never cease to excite me when I see them - and this time we get a boxed version of one of them! 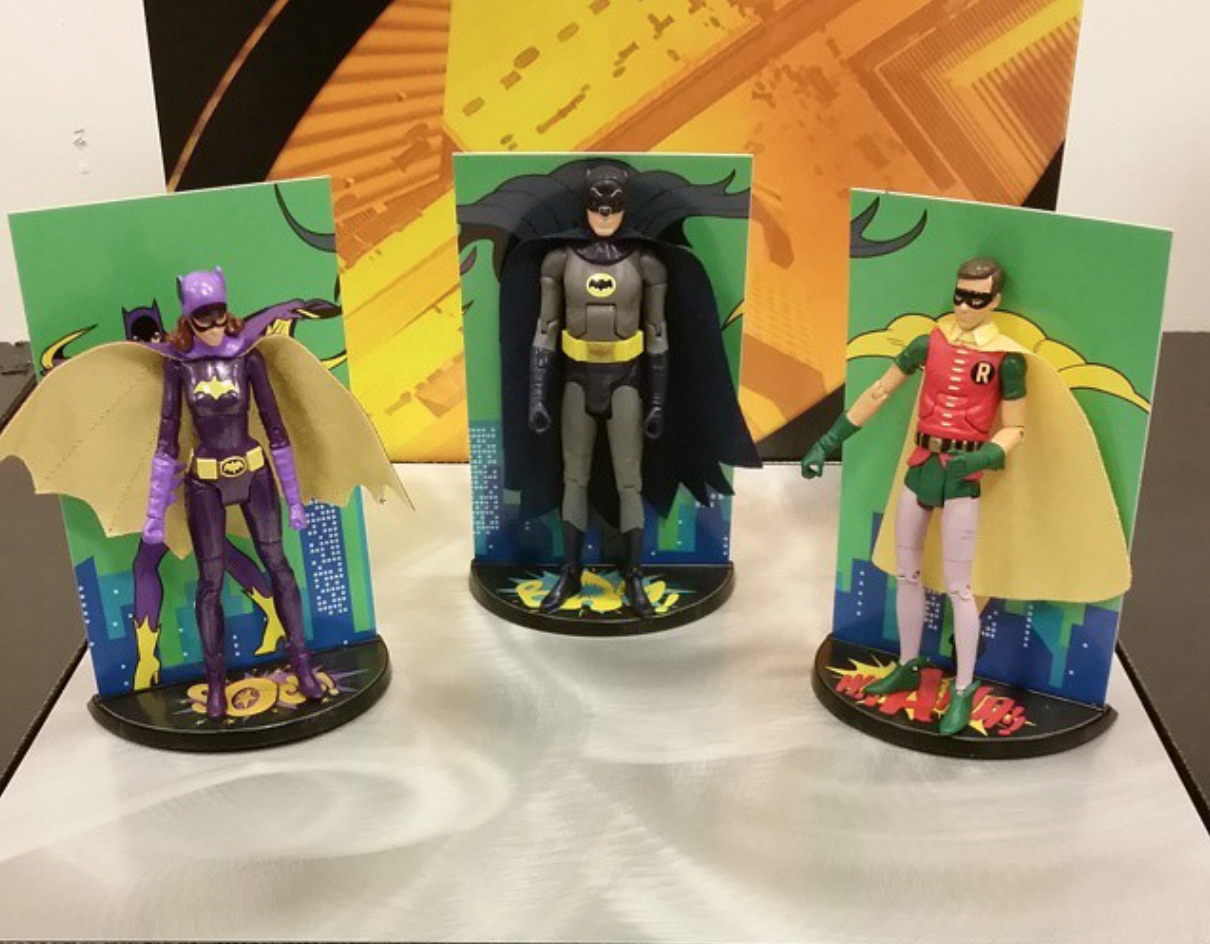 Now I know we've seen this Yvonne Craig Batgirl figure before. And I know for sure that we've seen an Adam West Batman before. Even the Burt Ward (with terrible, I'm guessing not-allowed likeness) Robin figure. But I am still going to get these when they are released in a 3-pack. Or die trying.

But that other picture? You see that? A "To The Batcave Batman!" set. With Batcomputer. And cool props. And much accessories. And.....an alternate ADAM WEST head.

Am I the only one who loves this the best?

Now I know that the Mattel 6" line was a bit of a let down. I know they were. I own them all (except for Surf's Up Joker which I still badly need for my lifestyle) so you don't need to tell me. But every time I think I'm out, they pull me back in.

I just don't think I can go on without a Batcave set with an Adam West alternate headed Batman. Or Yvonne Craig.

Is there something wrong with me?

Enough DC stuff. I don't even read their comics anymore. (Except He-man, of course. Duh.)

Let's move onto Mattel. You've already seen all of it by now I'm guessing. Here are my own personal highlights.

I'm done with picture credits for now, you can see where I've yoinked them from by their beautiful watermarks. It's either Toy News International or Toy Ark anyway. 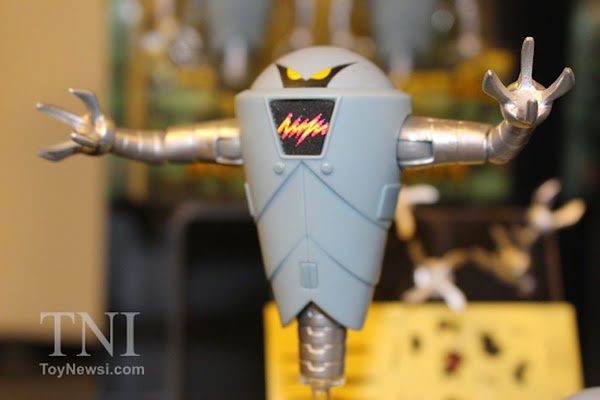 I realise that there was other stuff. I know I'm neglecting Blast Attack, Mara, Huntara, the 200X crew as well as Queen Angella and her pals. And I know, well I'm pretty sure, that in person I will love most of them. But Angella and Blast Attack aside, they don't really fill me with pangs of idiotic nostalgia.

I gotsta have it.

And Sssqueeze (one of my favourite Snakemen of all time), Multi-Bot and the Hover Robots are dripping with nostalgia for me. I love them so much. They make me happy. I literally CAN. NOT. WAIT.

The 'Heads of Eternia' pack is another thing entirely. I just love alternate heads. We've covered this with my Adam West Batman head excitement already.

Now if they can just make a Heads of Eternia II pack.....with Filmation heads - we'll really be cooking with He-Fire!!!

Like I previously mentioned, I have yet to purchase a MOTU GIANT. The He-man Giant head sculpt doesn't really work for me. Skeletor is a bit weird (especially on his thumbs - I know how picky that sounds) and I guess I just don't love Beastman and Stratos enough to have giants of them. But Zodac?

I just love that guy. I don't know why but I always will. Forever and ever. He-men.

At this stage, him and Giant Trap Jaw are the two I would be most likely to buy. We'll see. I'm not Donald Trump-OR.

Oops! I completely forgot about him.

I'm also into him.

(But probably only just one so I can pop off his head, replace it with the spare head from the original Whiplash from years ago and make him into a 200X Whiplash post-haste!)

There's quite a lot of Marvel Legends waves on the horizon. So many that I get anxiety just thinking about finding them all. The Thor All Father wave has only just started turning up on Hoard World at Toy World stores and I'm already going to my local store every day, looking at them, getting depressed and going home again. It's a fun hobby.

It's only going to get more anxiety-inducing!!!

With a Thanos BAF and Hulkbuster BAF looming (amongst others), here are my personal picks for the characters I'm most looking forward to, aside from Batroc.  (Many pics nabbed from Marvellous News!)


Okay. I feel like this is taking too long. Perhaps I should have broken these down by sections and spread it all out over five blog posts? Too late now!! Let's finish this. As quickly as possible. 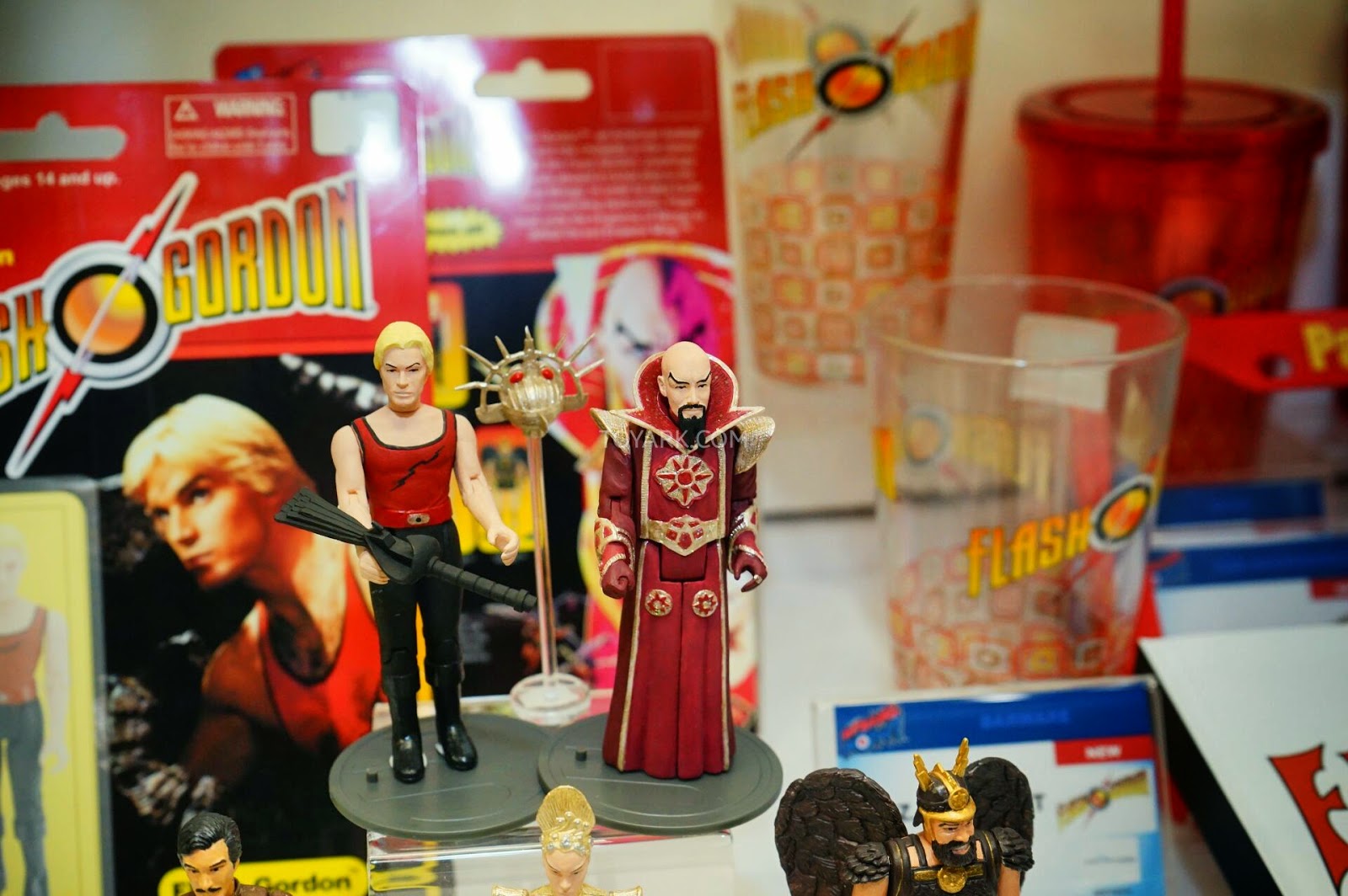 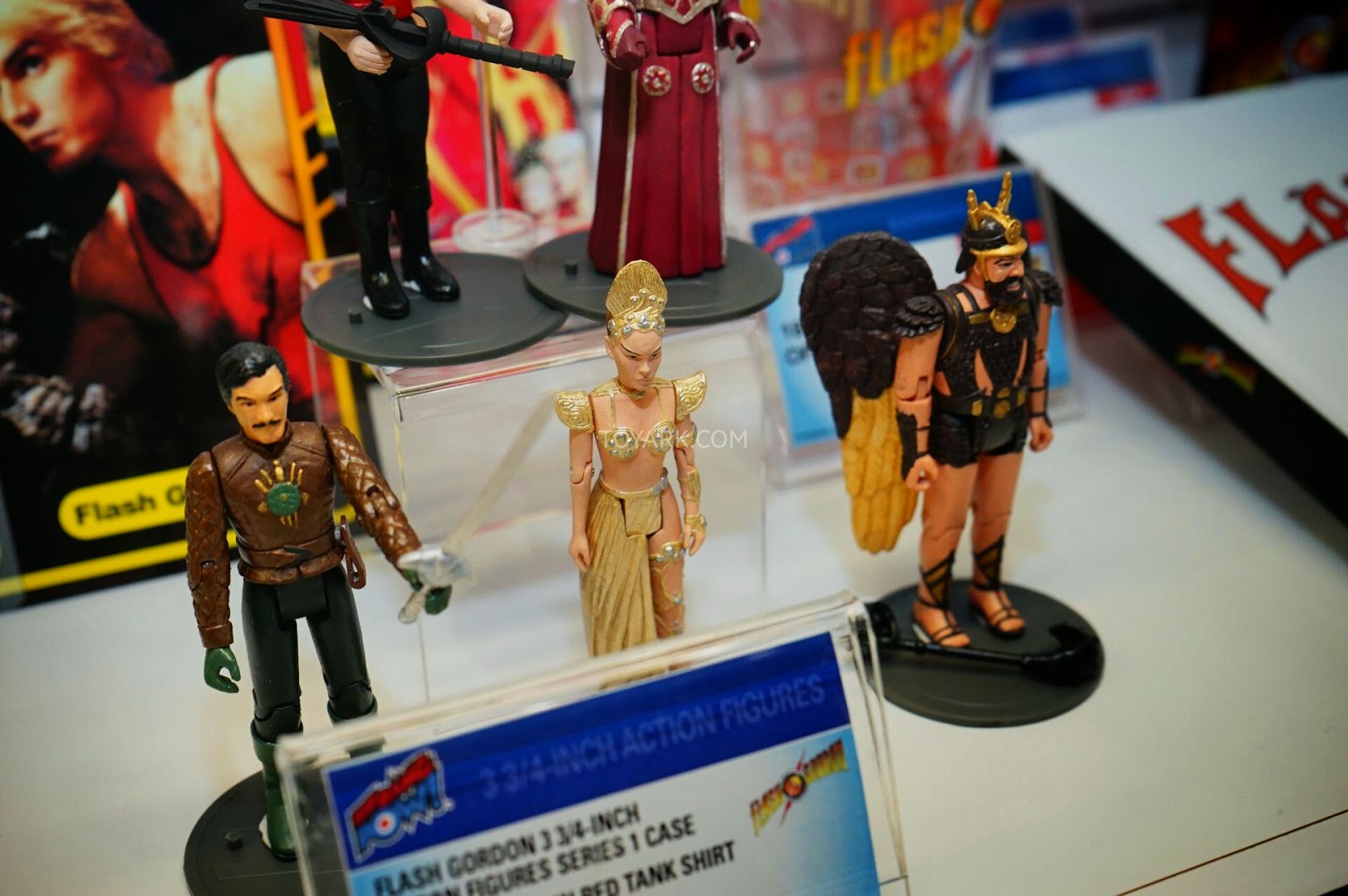 I may have recently sold off my Bif Bang Pow 7" Flash Gordon movie figures from a few years back but that doesn't mean I don't still want these new ones!

I genuinely feel like Bif Bang Pow are doing this retro style and size justice. Just check out their amazing Twilight Zone figures in the same scale. These guys are hitting the mark where some of Funko's Reaction Figures just aren't.

I also love the added articulation on the arms and legs of the Flash Gordon 3.75" figures. At the right price, I am going to own these one day. Who doesn't want a Prince Voltan figure???

Speaking of Funko, I am very curious about their Garbage Pail Kids anniversary series license. Just take a look at the Mystery Minis in the following picture! They just kick the whole Mystery Minis idea out of the park (or pail) while totally maintaining the style and sales technique of the original GPK cards! 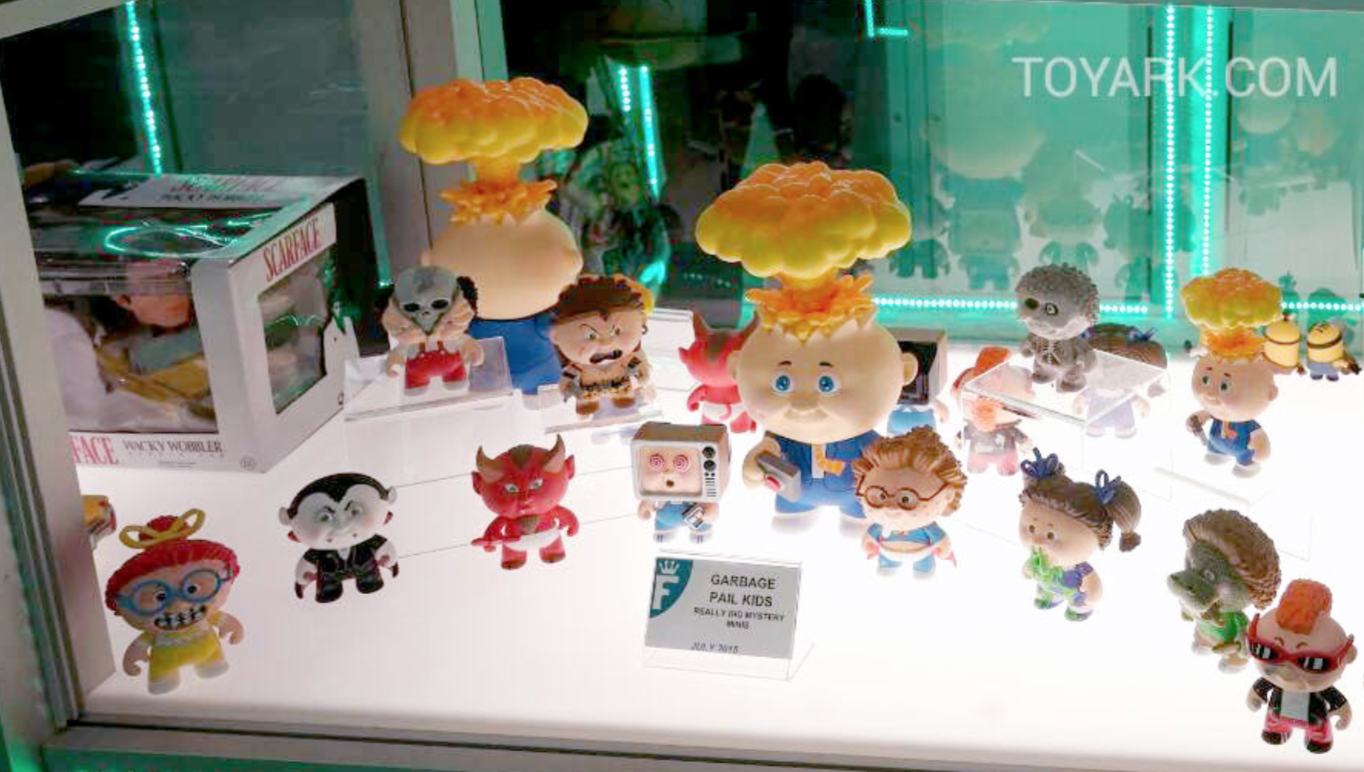 Now back to Bif Bang Pow!

What's going on here? Is this an SNL license I can smell? More about this please! 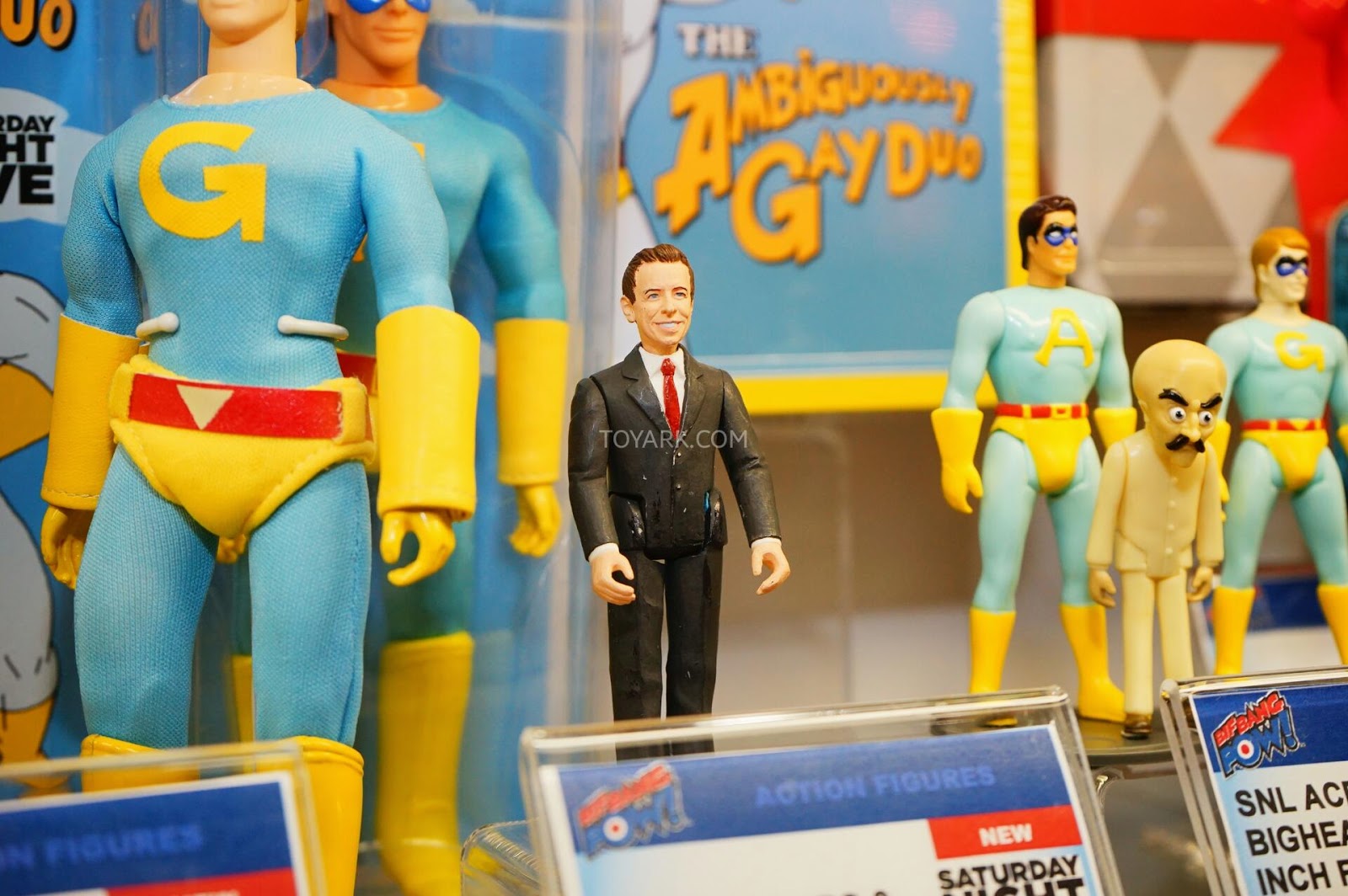 We can't mention toys and not mention MEZCO. I love that company. They've done some outstanding work in the past and yet again, they are changing the game with their upcoming 1:12 line of 6" figures with amazing articulation, alternate heads and real clothing!

Take a look at this Judge Dredd. Is this the best Dredd figure ever made? YES. 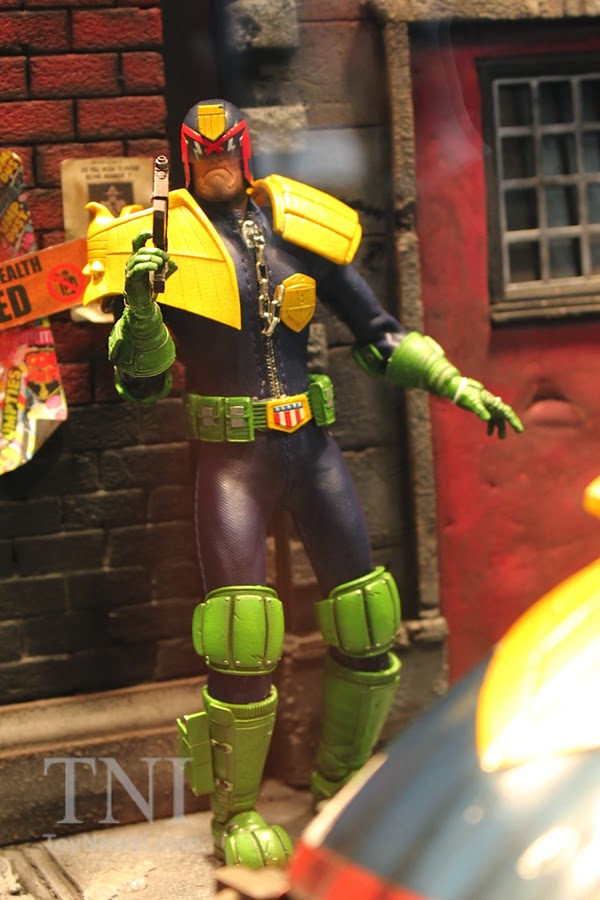 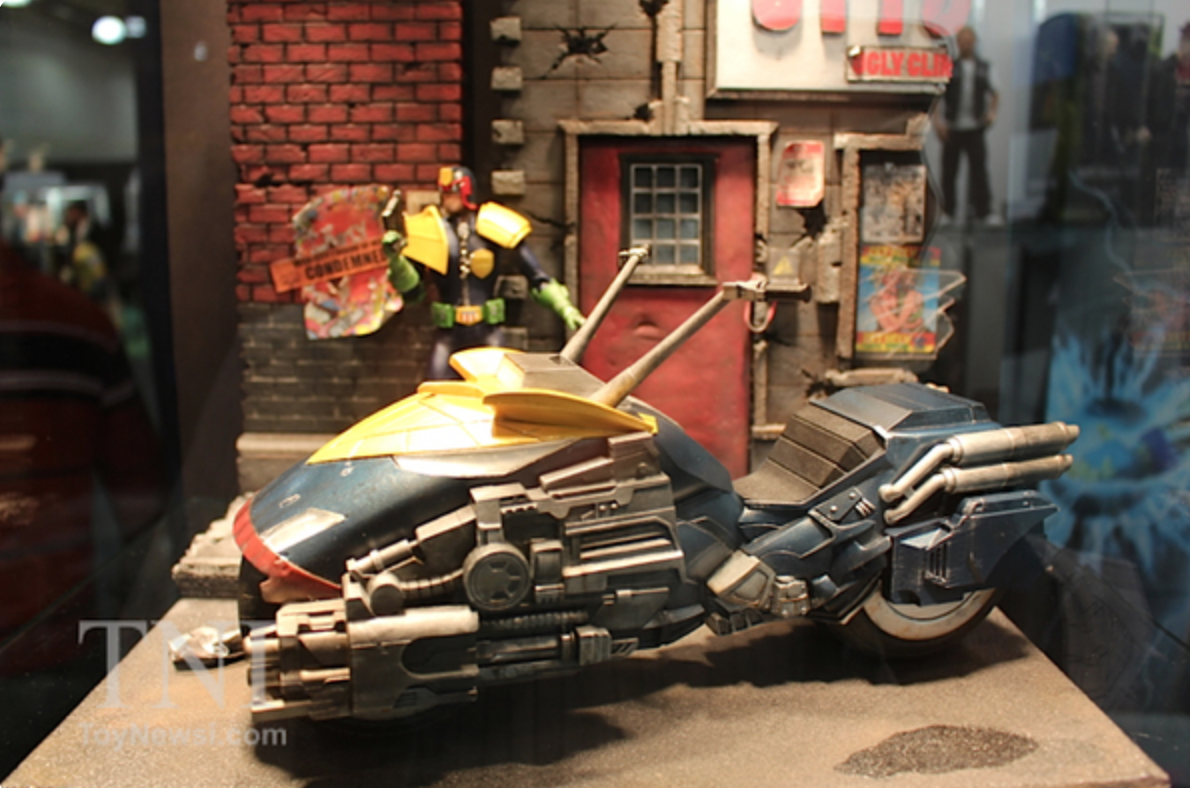 There's a lot of re-creation of vintage characters going about. Some are very faithful. Some are poor imitations.

One toy of vintage origin that definitely doesn't miss the mark at all, and, I would argue is even superior to the original figure, is the re-imagination of TMNT character MUCKMAN for the Nickelodeon toy series.

I no longer collect the new TMNT figures (unless they are the Classics Collection releases like the wonderfully articulated turtles or Bebop & Rocksteady etc) but this new line has absolutely lived up to the original vintage line and continues to bring TMNT into the 21st century in cool and exciting ways.

Finally, let's wrap up with NECA. One of the things I was super-excited about last year was the Bishop Android figure from NECA's ALIENS line. Upon actually seeing it, I was kinda disappointed. In the same way that I was let down with Corporal Hicks, in so far as it just doesn't really look enough like the actor who played the character.

That said, the arena of NECA figures that are currently just blowing my mind and hitting it completely out of the park for me are their 8-BIT Video Game figures. I know they're just repaints with fancy boxes but almost without exception, I have to own them all.

The Toy Fair reveals were no slouch either with some great things to look forward to from NECA.

I just mentioned how I love and have to own all the Video Game figures from NECA. Well, they are absolutely amazing repaints with awesome packaging, to be sure, but that's not entirely true.

I don't, for instance, have the SDCC Jason Voorhees from last year (because Crom hates me) and I also don't have the Video Game Freddy (because I can't own another NECA Freddy with that same leg stance). I also haven't bothered with the two Robocops from the "Robocop VS (Terminator)" line because I already have the video game Robocop (whom I love except when his leg holster gets screwy. We've all been there, eh? Right peeps? :O )

But I do own the "Terminator VS (Robocop)" figures.  Three glorious Endoskeletons and an Arnie. I own the Videogame Keaton Batman. And video game Robocop. 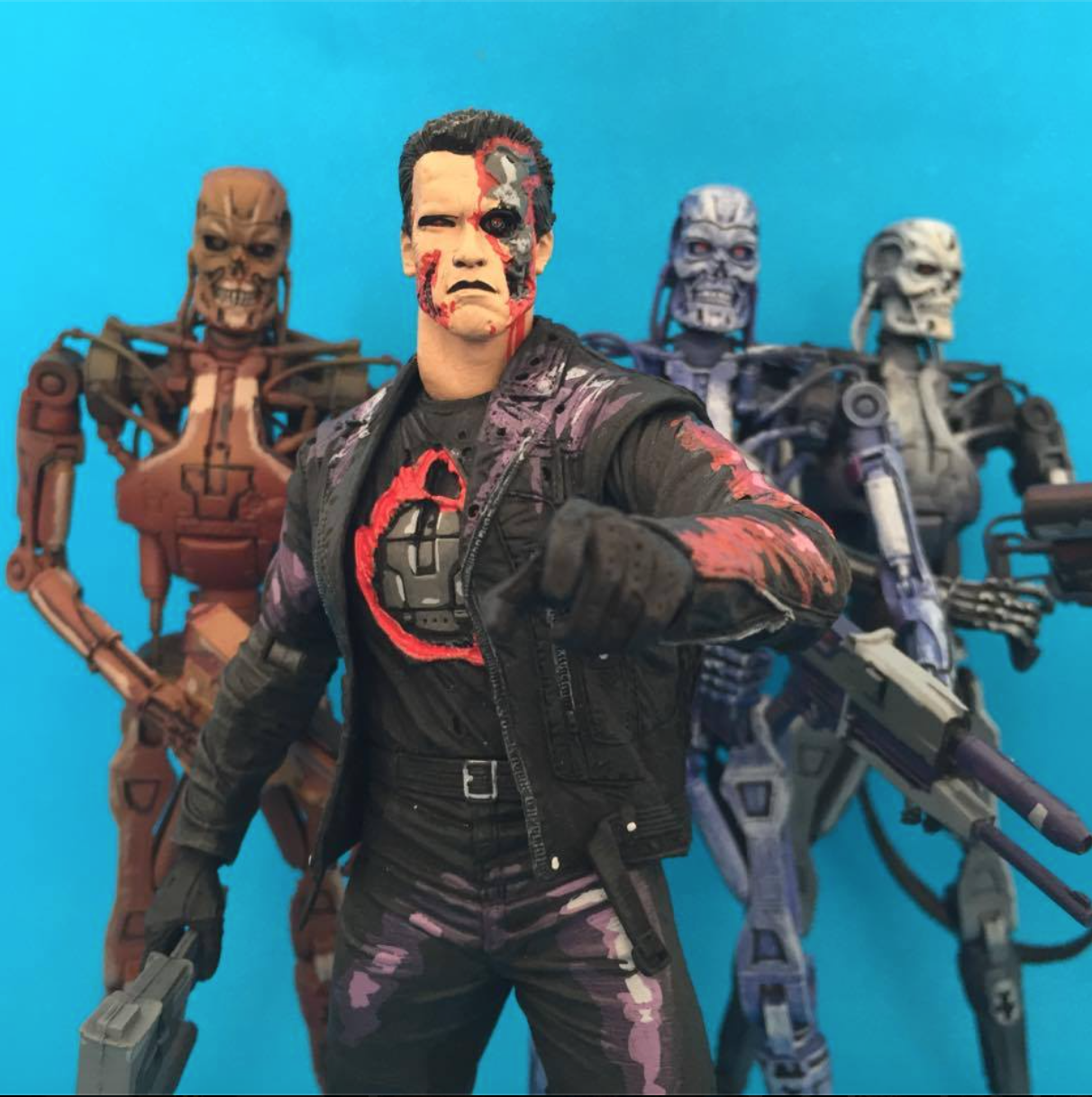 I LOVE THEM SO MUCH I CAN'T STAND IT.

I don't own the video game Predator, however, and about here is when we get close to my point.

I wasn't really feeling it with the NECA Predator Videogame figure. Likewise, the upcoming Predator 2 video game figure doesn't call out to me either. 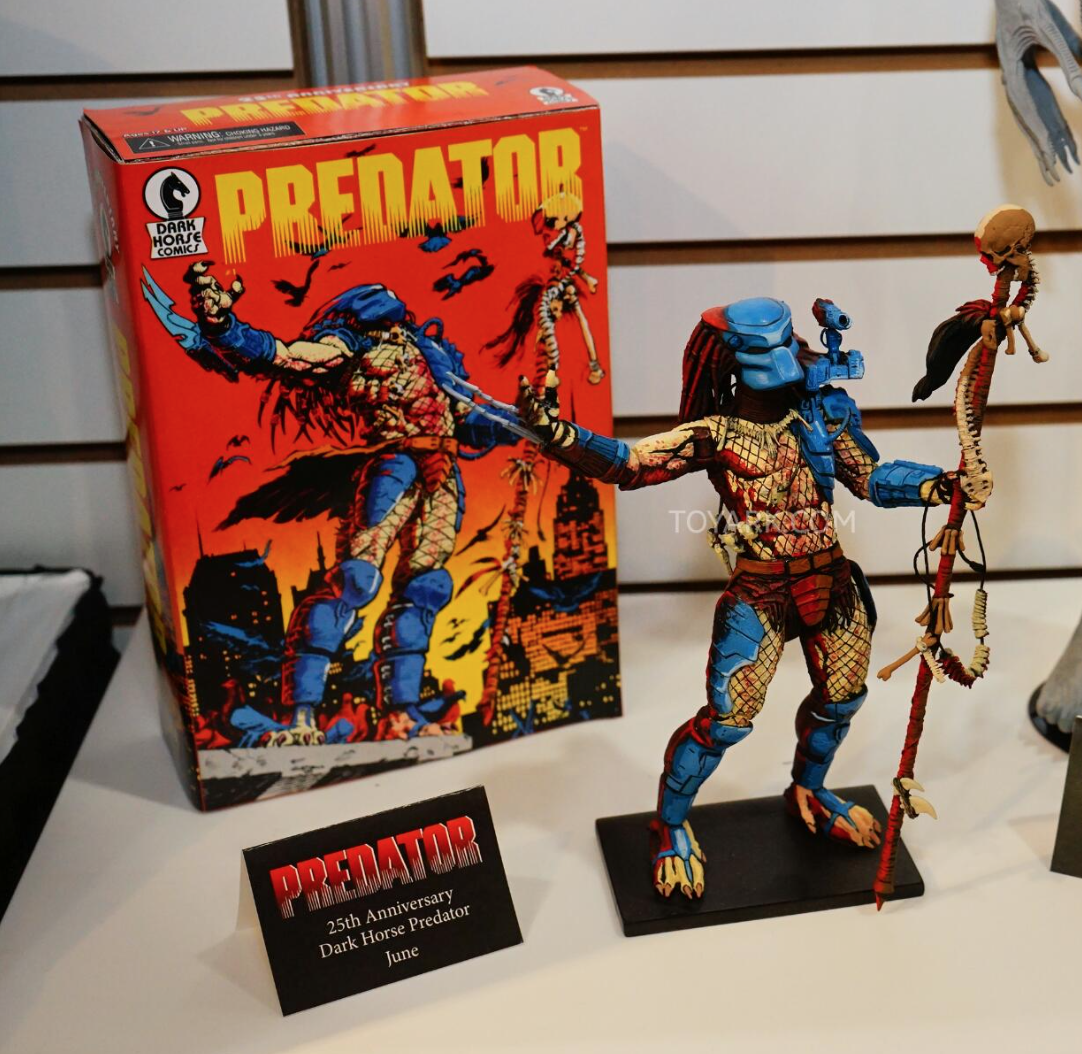 Every toy retailer in the world needs to order 17 million of this guy. He will never stop selling. He is a thing of true beauty.

But what is the jewel in the crown of this big NECA Toy Fair pie? Er..... 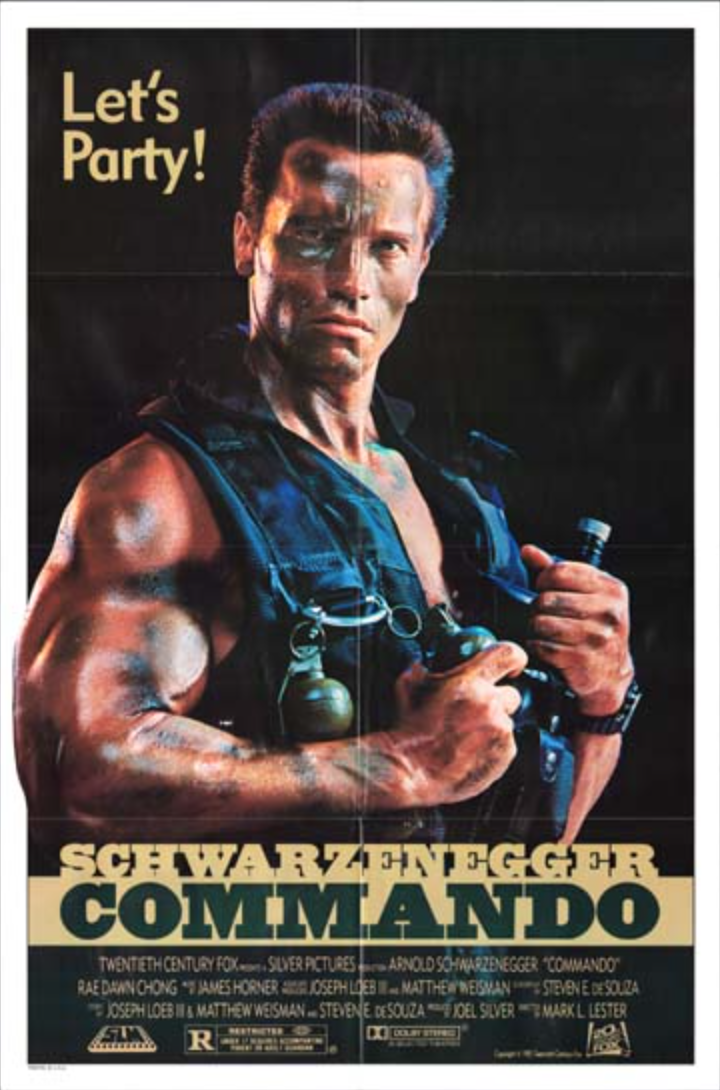 We are truly living in an age of wonders.

We have a very exciting year of material possessions ahead of us. If any of the aforementioned turn up in my dirty mits, I will be sure to show them to you right here!