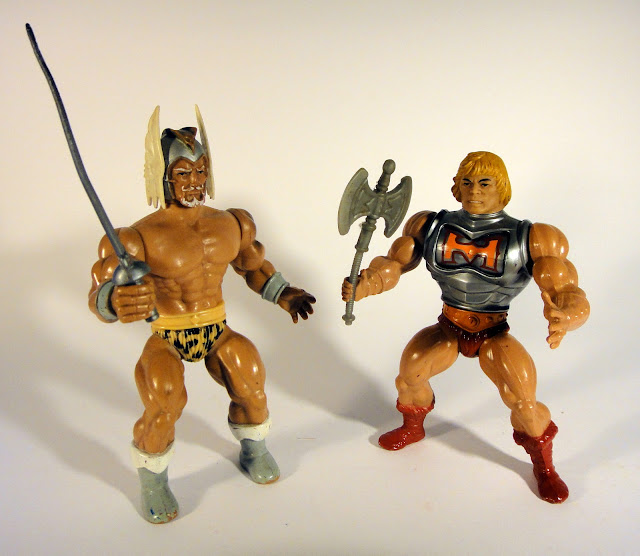 Probably one of my favourite toy companies of all time was REMCO.

At least the REMCO that I grew up with in the 80s was.

I mean, they did a bunch of great stuff like the fascinating (at least to me) MAN-TECH  series. They were highly playable, way before Centurions or Modulok and they had their own cool Archie comic. I'm pretty sure they also came with mini-comics that may or may not have been the same as the Archie comic.

And who could forget their line of Karate Kid toys? The Mr.Miyagi/Daniel-san Two-pack came with breakable scenery for them to practice Karate on and a giant plastic pair of chopsticks with a fly on a string.

For real, yo.
But to me, their fantasy figures were as iconic as Masters Of The Universe. Obviously as a kid you're not so discerning. A toy is a toy. And when you're growing up through the He-man phase of 1982-1987, one heroic or evil warrior is as good as the next.

The Warlord was one such series. The line was based on Mike Grell's DC Comic of the same name but it also included characters from other cross-over DC characters who had their own comic like ARAK and HERCULES.


I often saw the ad in comics back then. Maybe you did too. 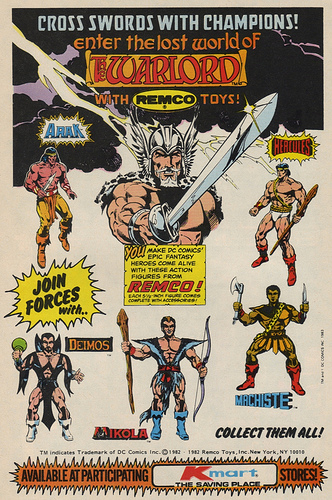 What is amazing to me is that other toy lines were mentioned on the card of these figures, almost like a serving suggestion. "Plays with Warrior Beasts (Another REMCO line) Masters Of The Universe, Black Star and other 5 1/2" Action Figures."

I personally think it was really smart to mention their "compatibility." As a kid, I probably couldn't read it but parents, if they were paying attention, would have probably thought they were just more He-man toys and bought them by mistake.

I remember getting one of REMCO's 1984 Conan figures Devourer Of Souls and actually being able to read similiar serving suggestion text and it BLEW MY MIND.

It meant that He-man and Conan and Warlord etc were in the same universe. 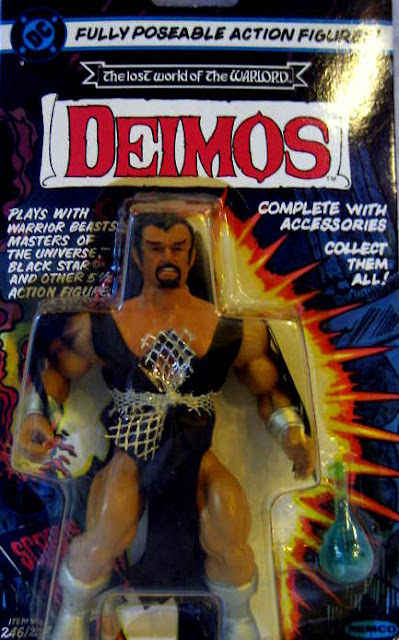 And that's the thing, they were in the same universe, even if was just some cheeky marketing spin and completely unofficial.

Galoob's Blackstar (another one of my favourite companies and also toy lines), Sungold's Galaxy Warriors, Warlord and countless fantasy action figures could all interact with Masters Of The Universe.

But there was just something about that Warlord character that kept him at the top of my pile of favourites and has stayed with me since. I even cast him as the paladin Dupre when I tried to re-create with action figures the entire plot line of the C64 computer game version of Ultima IV (Don't tell anyone).

I never really read many of the various incarnations of the Warlord comics so my love for them had nothing to do with that. I think it just had something to do with him being one of the early toys that I got. As much as I loved He-man and Skeletor, there was something about those REMCO figures that was just BAD ASS.

Naturally, I was stoked when Warlord turned up in Justice League Unlimited that one time. 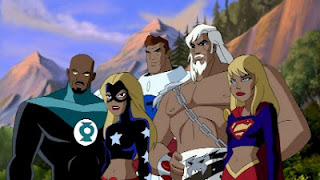 Look, maybe they were just cheap cash-ins. He-man Knock-offs (This is debatable though given their 1982 release date - surely it was more of an Armageddon/Deep Impact "Great" Minds Think Alike Scenario.)

Despite Blackstar's toy line running concurrently for many years with MOTU releases, it's always a bit of a liner in my mind over whether his figures were a cash-in or if he was kinda the original He-man. The Blackstar cartoon was also made by Filmation and pre-dates He-man's (It's actually a great bridging gap in styles between Filmation's awesome Flash Gordon cartoon and Masters) and a major plot point is the two halves of the power star (power sword and star sword) just like the two halves of the power sword in the initial mini-comic plots of MOTU. The idea naturally extended to the toys with He-man and Skeletor figures both coming with half swords that when joined together would open the jaw-bridge of Castle Grayskull. All that was ditched for the Filmation He-man cartoon.

But I digress. A lot.

They were all still awesome. I love them.

As you can tell by the state of Warlord's cutlass and his lack of cape, he saw some action back in the day.

Let's take a look now at Warlord meeting up with his modern and more comic accurate release from DC's 1st Appearance series.

And finally, since we're here, we might as well introduce the modern release of Warlord to his old pal, He-man.