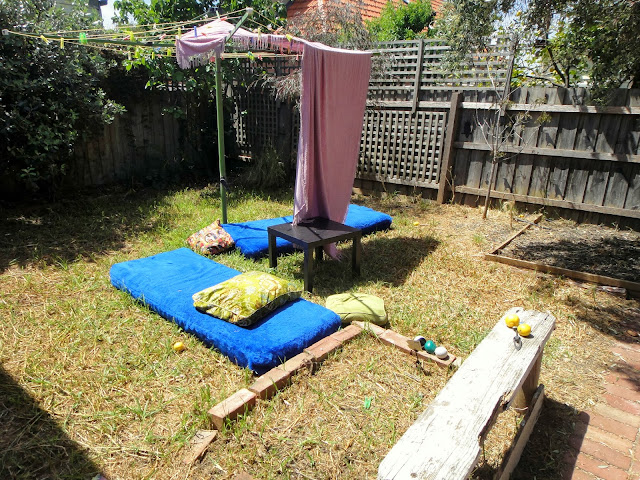 Some time ago now (October 2012, to be precise), we had some very special guest Hoard Worlders in the sunny backyard of Hoard World's previous Earth Headquarters. 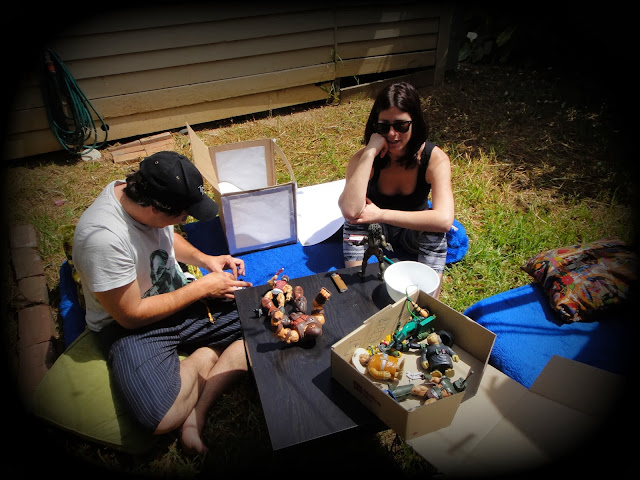 Before we knew it, a Hoard World Garden Party had begun. These impromptu events are rarely planned ahead of time, and it's even rarer for them to be captured by those soul-stealing digital camera machines, so it's quite a coup that these pics even exist! And, since Hoard World HQ relocated, we no longer have a backyard, so this may never happen again!

It's been a pretty tumultuous time over here on Hoard World of late. The last six weeks or so have been spent attempting the biggest HQ move of your pal Hoardax's entire six millennium lifespan! Have you ever tried moving planets before? Intergalactic relocation is a real beast! I almost passed away on several occasions. I wish I was joking.

Let this be a lesson to all of you, but especially me: DON'T HOARD.

Meanwhile, I managed to pen a guest review, that was literally three of your human months in the making, over at PoeGhostal.com. It may have felt like a three month wait to Poe, but as we will endeavour to explain in a future blog entry, time works differently for Hoardax. In the time it takes most people to live their entire existences, I have only eaten a baloney sandwich, watched half an episode of Charles In Charge and had a nice lie down. More on that, another time.

If you missed this guest review, you should totally check it out.

And you can, right here at this LINK.


Due to lack of a decent internet connection in the purgatory that was the last month or so, the majority of Hoard World's new content has been via The Hoardstagram. You should take a look at that as well.

You don't wanna miss out on the time my friend Batros-Batros Ghali was arrested by Eternian Palace Guards for impersonating Batman in an area where Cosplay is banned.

Anyway, that's it from me, for now. I hope to return you to the regularly unscheduled Hoard World that you've come to know and love, sooner rather than never.

Hope you've all been keeping well.