SPOTLIGHT ON: INTERGALACTIC SKELETOR aka SPACE SKELETOR! aka NEW ADVENTURES SKELETOR by MATTEL


You know, in all the years I've been doing Hoard World, I don't think we've ever done an actual spotlight on a Masters of the Universe Classics figure. Sure, there's been lots of pictures of them but never a focus on a single figure release. Well, maybe it's time to do more of that.

The idea of Space He-man or Space Skeletor is a strange one (even though it makes perfect sense to yours truly) and something that never quite gelled with the children of 1989 or even the adults of the 2010s.


It all started in the very late 80s after the original MOTU vintage line had said its goodbyes to toy shelves everywhere, the live action movie had bombed (comparatively) and Mattel decided it was time to re-brand MOTU as simply 'HE-MAN' and update He-man and Skelly's adventures beyond Eternia and into SPACE.

A new range of figures with totally different styles and looks to the muscle-bound barbarian characters of the original MOTU line turned up on toy shelves. A new cartoon by Jetlag Productions instead of Filmation titled 'The New Adventures of He-man' went into production and was released.

And by 1992, it was all well and truly over with four waves (barely) released and 65 episodes of the new cartoon under its He-Belt. I never even saw the cartoon in my homeland (not sure if it aired in my area at all) and the toys themselves turned up at massive discounts worldwide. I picked up a bevy of HE-MAN figures at my local Safeway for $2 a pop back in the day. It was wonderful. Salad Days.

Fast forward to modern day, and the past seven years have seen the Masters of the Universe Classics line incorporate all MOTU continuities and toy lines into a single line. It's been pretty excellent.

Somewhat controversially, they've even included new takes on 'New Adventures' characters, many of which I've liked quite a lot. Intergalactic Skeletor is another one of these re-imaginings of New Adventures of He-man Figures in the 'Classics' style.

As an added kick in the junk for cherry-picking MOTU Classics fans, Space Skeletor is packaged with an alternate head for Faker! This is a great thing for me, who was going to get NA Skeletor regardless but maybe not so good for toy fans only wanting to grab specific factions of characters and don't want an Intergalactic Skeletor but still badly need an alternate Faker head.

Terminator Faker as I like to call him is pretty sweet. While the new head sculpt owes a lot to the unofficial work of customisers out there in Toy Land, it's certainly something I never knew I always wanted as an official release.

There's been a lot of talk about the difference in hair colour of the new Battle Damaged Faker Head versus the original. And to be honest, it would be cool if they matched up. That said, I don't mind the new colour at all and kinda want to now have a regular Faker head with the brighter orange hair as opposed to the dark red of the original.

For critics of the hair colour change (and many of the other shortfalls in the MOTUC line that have lost many a fan over the years) you should keep in mind that I am so far gone with this line of toys that Mattel could literally burn my house down in the middle of the night and as long as I got my partner, the cats and my He-man collection out of there before they were incinerated, I would probably forgive them and keep buying their wares.

What else is there to say? I think Space Skeletor is acer than a whole deck of aces. I think the Four Horsemen have done a great job on him and I recommend you buy him immediately either off the Mattycollector.com site where he is miraculously still available (See? Peeps don't like him or his "fat suit" that much! New Adventures figures are a hard sell to many MOTU fans!) or directly from me at the Hoardstore. Personally, I strongly believe that the figures that have been in my collection are the only toys you should ever really buy. I could be biased about this.

Be sure to "like" Hoard World on Facey B if you don't already and if you're not following The Hoardstagram already either, you really need to take a long hard look at your priorities.

I love you all. 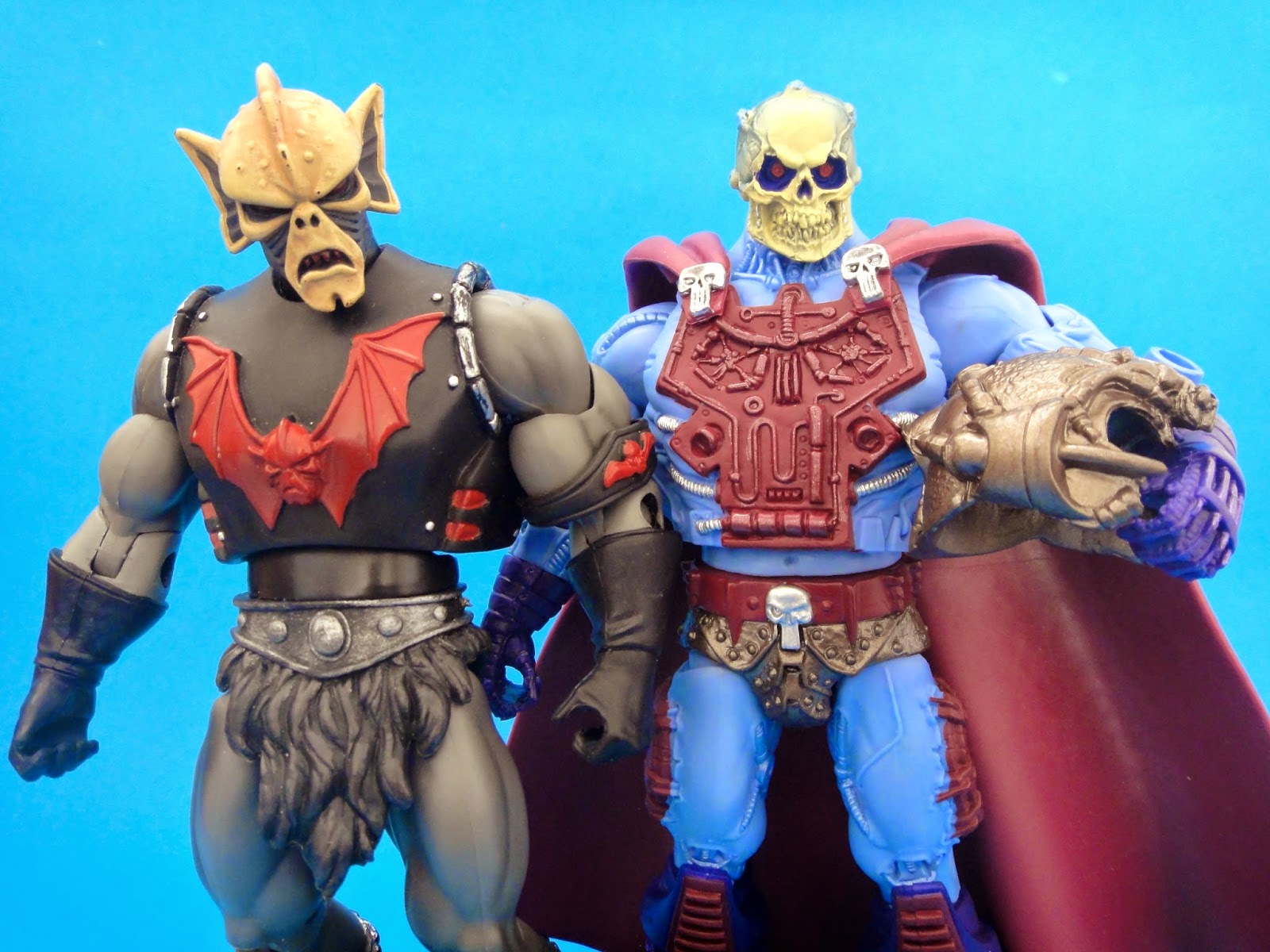