Once a year, your pal, Hoardax goes on vacation. The last time it happened we took a gander at the (now defunct) Mill Markets located upstairs at the Rex Theatre in Daylesford. Since that time, it has now reverted to an actual movie theatre downstairs, that screens a handful of movies per day, and upstairs is now an Art Gallery. The Mill Markets still exist at their original location in Daylesford, however. You can call off the riot.

The events of this following adventure actually occurred all the way back in November 2013, if you can imagine such a simpler time.

We stayed in a lovely hotel where photos like this were taken......


The first place that I started hoarding items, via stealing their souls with digital photo magic, was at Daylesford's information centre, where this display happened.


Off to a good start, I decided to have some Lamingtons at a nearby bakery.

And then, the main event.

The Brick Lane Bazaar appears to have consolidated some of the stalls, that were previously found in the former Rex Theatre version of The Mill Markets, into a funky new venue. 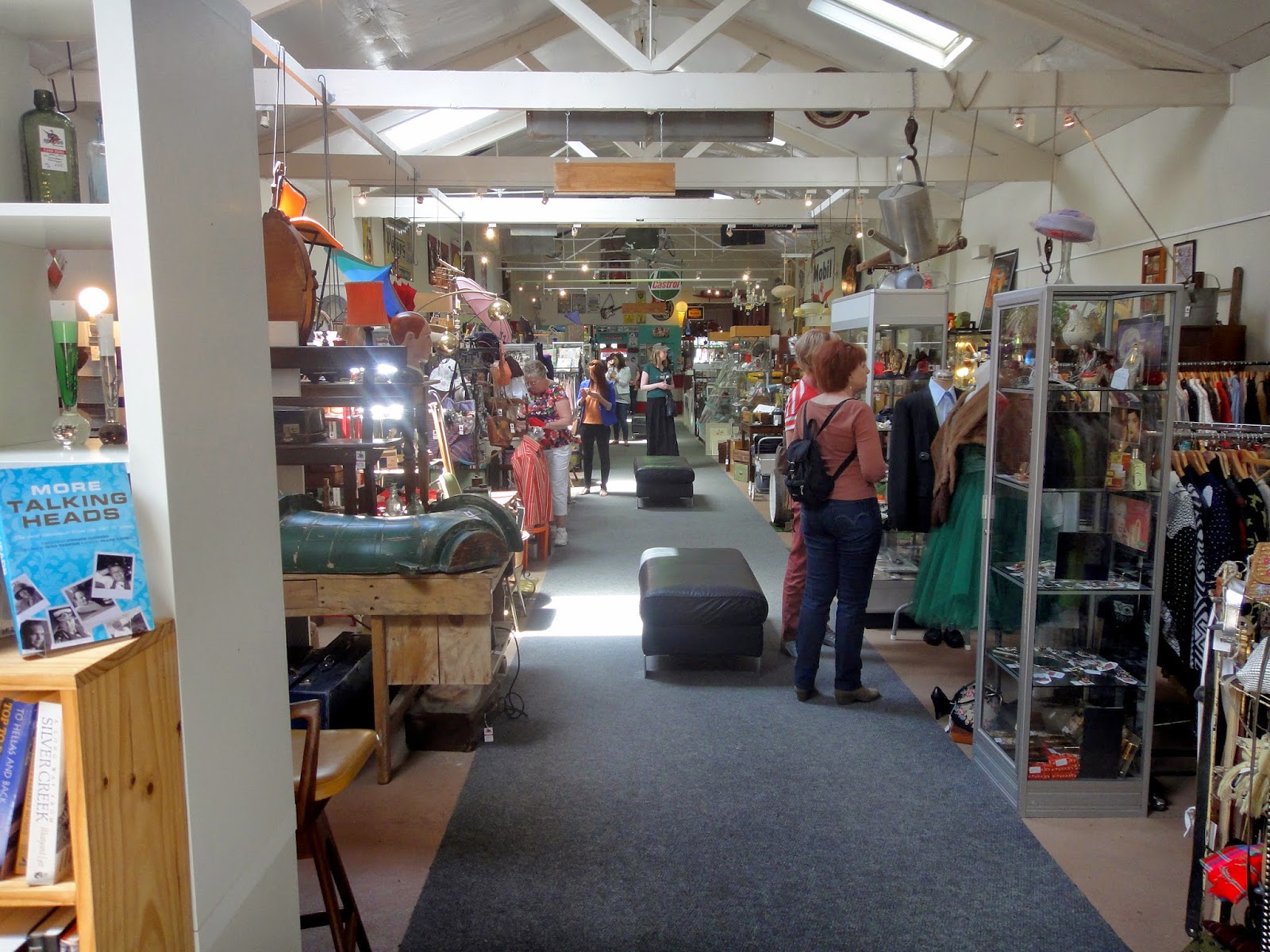 What follows will be a series of photos showcasing the Brick Lane Bazaar's wares mixed in with holiday snaps of Hoardax On Holiday. Lucky you. 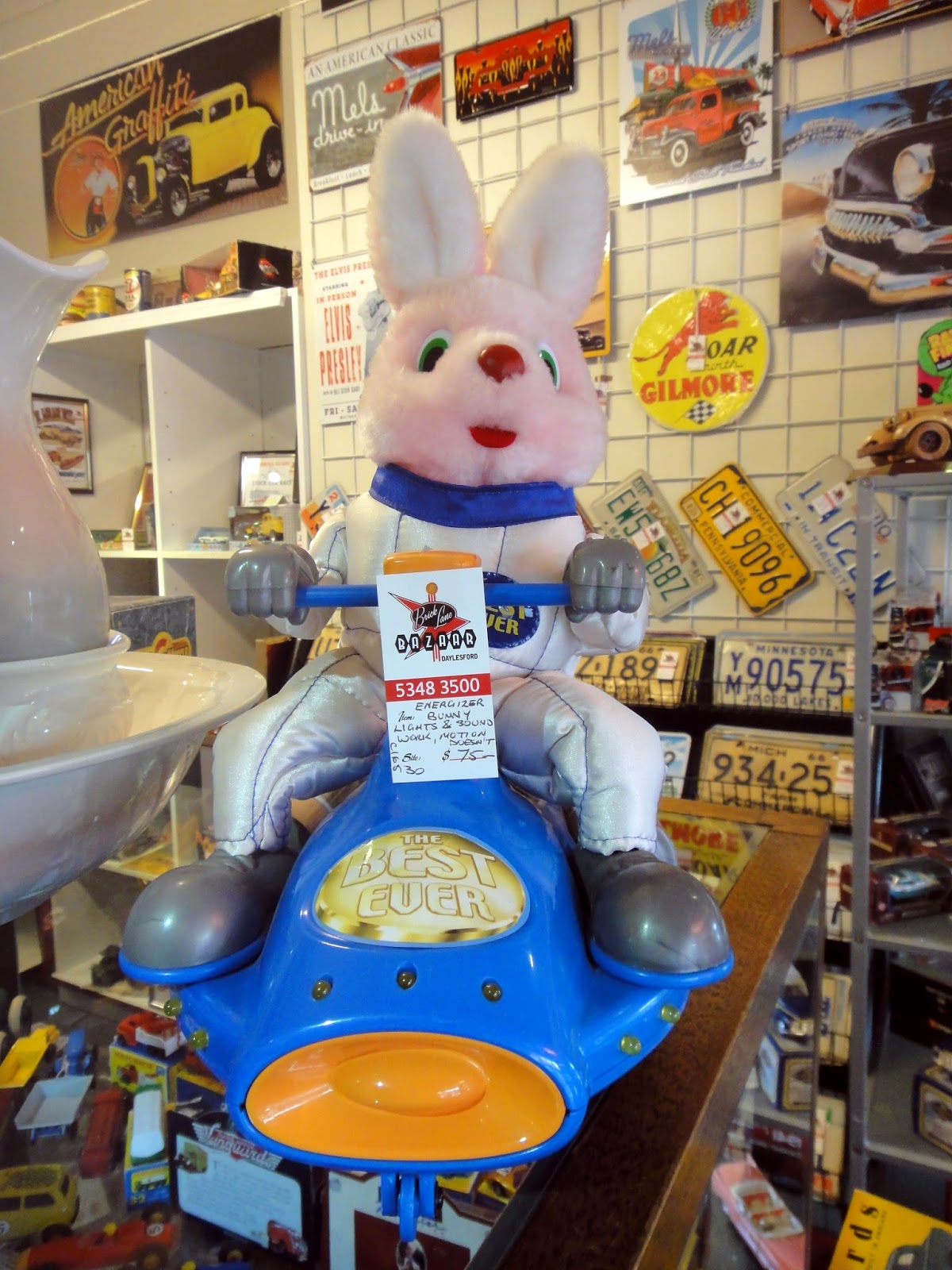 This is an interesting piece. On the hand written tag it says that this is the Energizer Bunny. And maybe it is. But it looks a lot more like the DURACELL BUNNY. You know, the original Bunny Mascot for the battery commercial that Energizer ripped off to create the famous Energizer Bunny?

This looks like SPACE DURACELL BUNNY to me. I kinda wish I'd bought it, but the No-room-for-anything-in-my-house scenario, Mrs. Hoardax and my own mental health thank me profusely in hindsight.

Our holiday was cut short by a bout of food poisoning.

You know how "they" say you should never eat seafood too far inland? 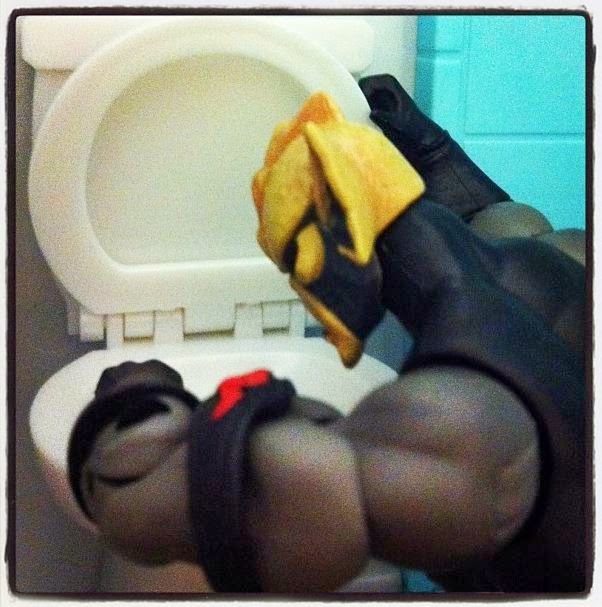